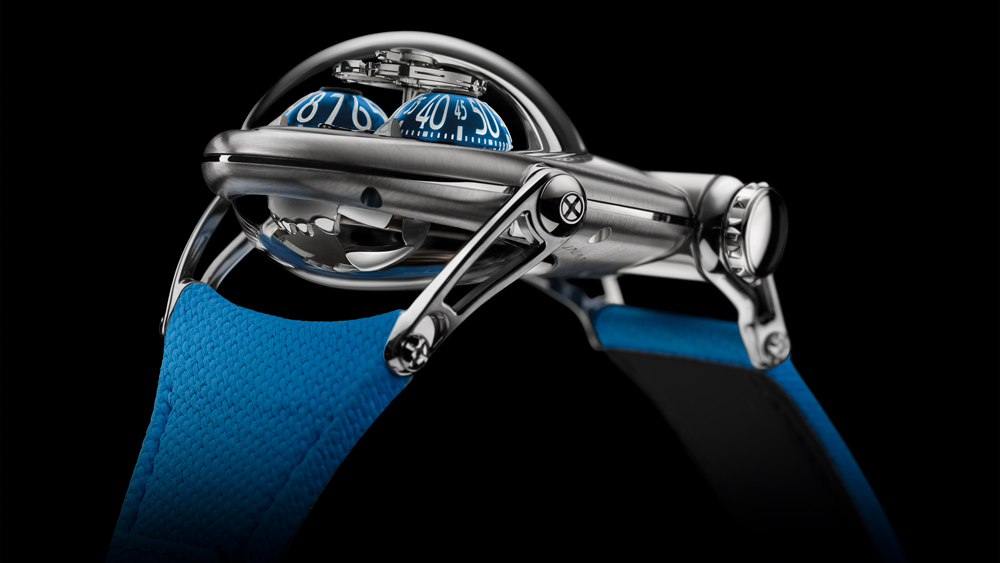 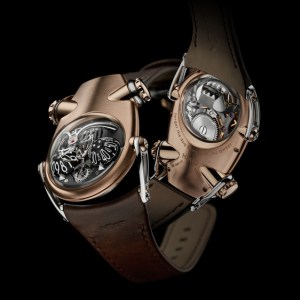 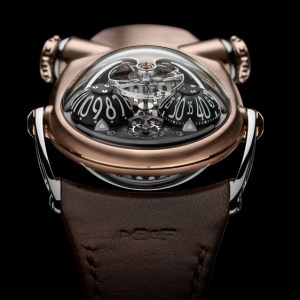 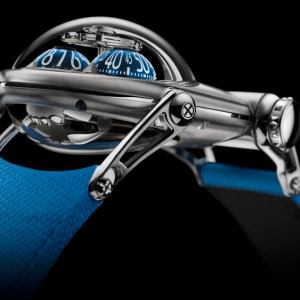 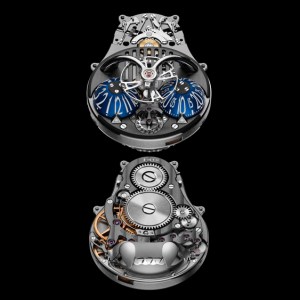 Five years ago, MB&F founder and creative director Maximilian Büsser was on a bus from his hotel in Tokyo to Narita International Airport, “completely zonked and jetlagged,” when a vision of what would become his brand’s newest timepiece popped into his head.

“I was dozing off and boom! This thing came into my mind,” Büsser recalls. “It’s the very first piece I’ve created without sketching, the first one that arrived randomly in my mind.”

Officially unveiled today, the Horological Machine No. 10 (HM10) Bulldog—like many of the brand’s most popular timepieces—draws inspiration from the animal world. It has all the traits you’d expect based on its namesake, including aluminum time-display “eyes”; four stout legs that attach to a brown calf leather strap to wrap around your wrist; a brain (a hand-wound mechanical movement); and a massive mechanical jaw that serves as a power-reserve indicator.

“When you wind the piece up, the jaws open and close over 45 hours,” Büsser says.

The watchmaker says the Bulldog’s brand new movement incorporates features from some of MB&F’s best-known timepieces of the past 15 years, such as a large suspended balance wheel borrowed from the brand’s 9-year-old Legacy Machines; a power reserve management system inspired by the LM1 Xia Hang from 2014; and paper-thin aluminum domes taken from the HM3 Frog and, later, the HM6.

“It has all of these things that have defined us, with lots of fun,” Büsser says.

Engraved on the body is a phrase you might see on a fence restraining an especially snappy canine: “Forget the dog, beware of the owner.”

Available in a $105,000 titanium edition as well as a $120,000 titanium and red gold edition, the HM10 Bulldog comes in a case that measures 45 mm across and 54 mm from nose to tail. Büsser describes the model as very wearable, with a water-resistant design that, despite its dimensions, looks great on smaller wrists.