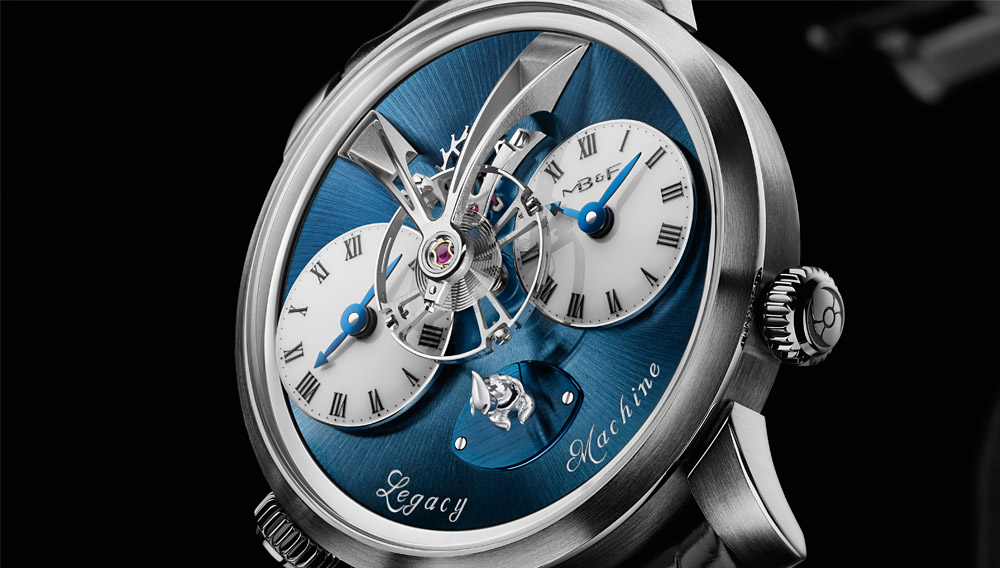 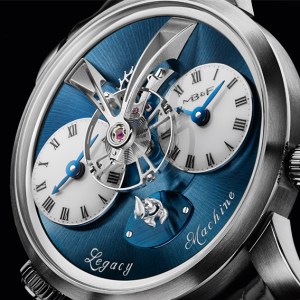 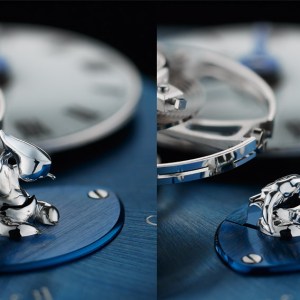 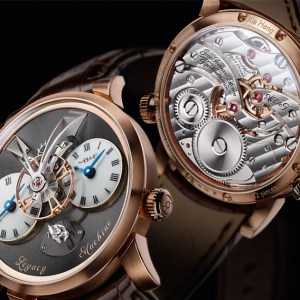 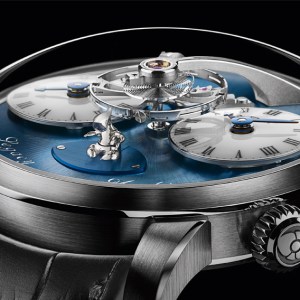 The original Legacy Machine No. 1 was conceived as a watch that would exemplify the sort of forward-thinking timepiece that MB&F (Maximilian Büsser and Friends) would have created had the brand been founded a century ago, using modern materials but the techniques and inspirations of that era. The resulting wristwatch, which was released in 2011, resembled a contraption straight out of a Jules Verne story. Though the aesthetic of the original version of the watch was firmly rooted in the past, the new MB&F Legacy Machine No. 1 Xia Hang incorporates a decidedly contemporary twist: a three-dimensional sculpture created by the Chinese artist Xia Hang that serves as the watch’s power-reserve indicator.

Located at 6 o’clock on the watch’s dial, the aluminum sculpture appears as a sleek humanoid figure with an oversize head. As the watch’s mainspring winds down, the seated figure slowly lowers its head and torso, as if from weariness. When the wearer winds the crown, the figure’s head springs back to attention, indicating that the watch is fully energized and ready for work. Hang has affectionately named these two states Mr. Up and Mr. Down.

Aside from the power-reserve indicator, the $107,000 Legacy Machine No. 1 Xia Hang remains almost unchanged from the original. As in its predecessor, the watch’s pulsing balance wheel is suspended over the face of the watch via two cantilevered bridges. This balance wheel, along with the escapement, regulates two independent dials, one of which can be set to display the time in a second time zone. For those craving more playful sculptures like Mr. Up and Down, a trip to MB&F’s M.A.D. Gallery in Geneva, which is currently hosting a collection of Hang’s life-size sculptures, may be in order. (www.mbandf.com)