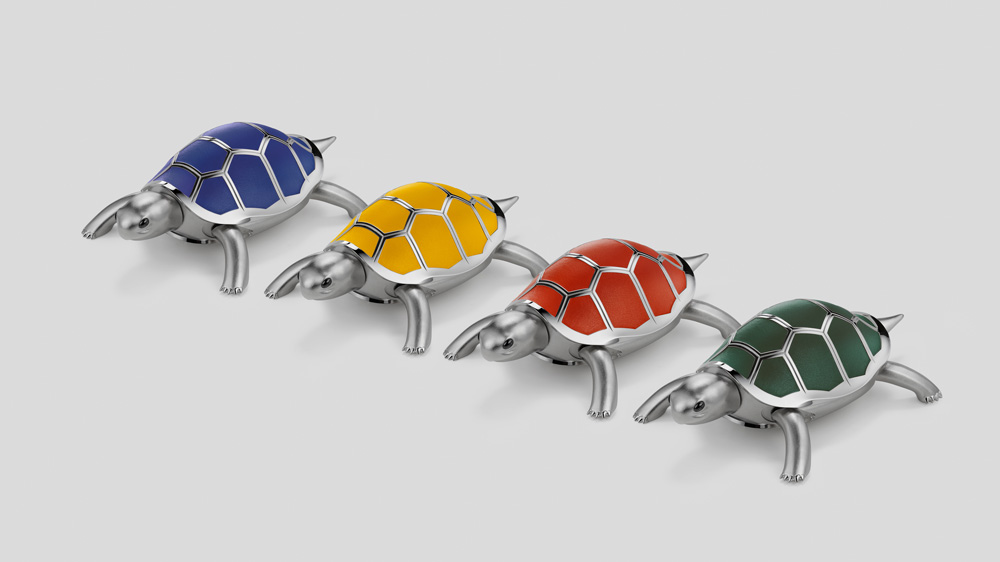 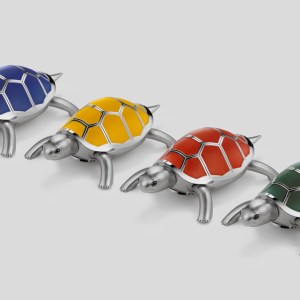 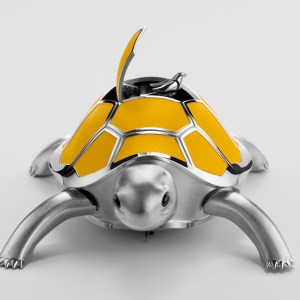 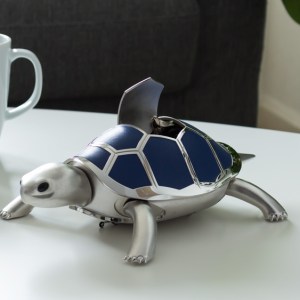 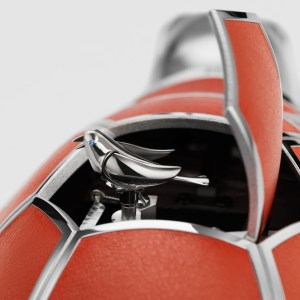 MB&F may not be giving us two turtledoves for Christmas this year, but the Swiss watchmaker has unveiled a limited-edition turtle automaton that hides a singing mechanical bird. Once again, the company has partnered with leading music-box manufacturer Reuge—with whom they previously created the MusicMachines limited series—to craft the chic mechanical turtle with the help of automaton specialist Nicolas Court.

Kelys & Chirp—Kelys originates from the Greek chelys or chelone meaning turtle or tortoise—is composed of a whopping 480 components and is entirely assembled by hand. Pressing on the turtle’s tail activates the adorably animated little creature. Kelys begins to walk, and Chirp the singing bird bursts free from its nest, flaps its wings, opens its beak, and fills the room with a soft bird-like song for roughly 10 to 12 seconds. Once Chirp retreats into the turtle’s shell, Kelys moves its head and takes a few more steps to finish the journey.

The movement that powers Chirp also drives the module animating Kelys, which proved a challenge given the weight of the turtle—a problem that was solved by optimizing the machine’s low ratio gearing. A specially developed system of elliptical gearing and cams within the turtle gives it a natural turtle gait, which happens to be quite distinctive. It even features a security system that stops the turtle from proceeding if it detects an edge. The automaton has a power reserve that lasts for three complete animated cycles, and its stainless-steel winding key is found on the turtle’s belly.

The mechanical automaton is constructed using rhodium-plated brass and stainless steel, with 18-karat white gold for the sapphire-eyed bird. Each turtle shell is inlaid with 12 leather “scales” in one of four colors: green, yellow, ochre, and blue. Each color will be limited to 18 pieces; pricing begins at $49,300.

If you’re curious about how the Kelys & Chirp is made—or how it comes alive on your desk—this marketing video from MB&F embedded below provides some up-close looks at the action.