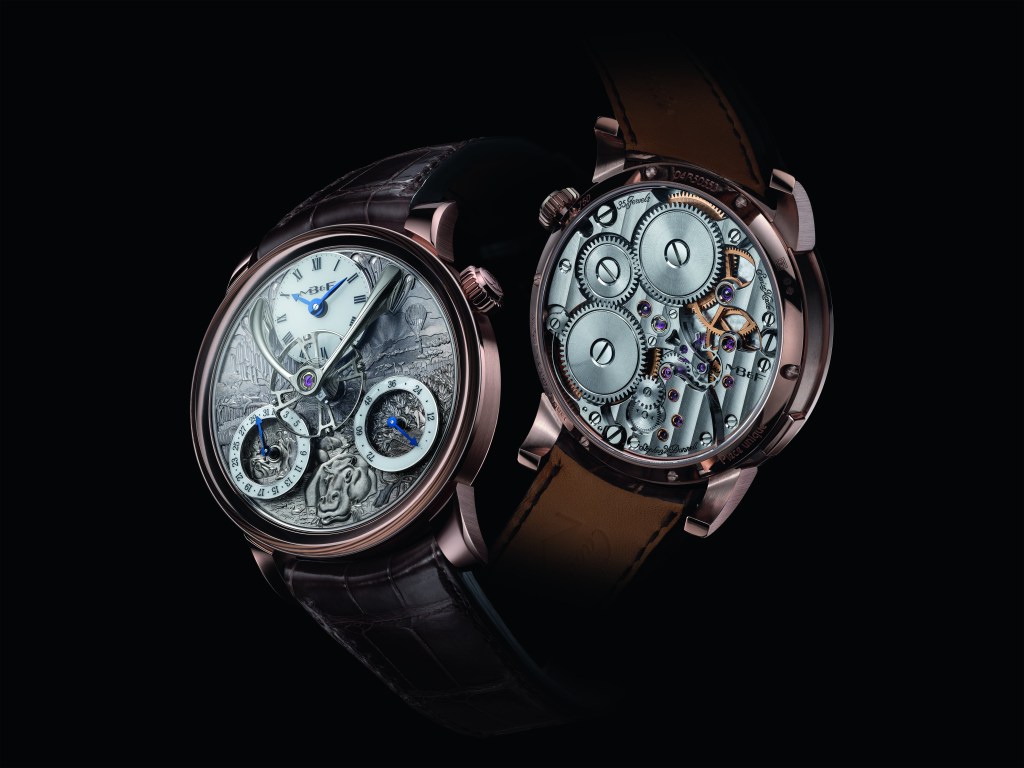 MB&F takes horological storytelling to the next level with its latest collaboration, MB&F x Eddy Jaquet, a series of eight unique timepieces featuring the works of 19th-century science fiction writer Jules Verne brought to life by one of Switzerland’s master engravers.

Using the expansive dial of the brand’s Legacy Machine Split Escapement (LM SE) as a canvas, Jaquet has created a tableau of scenes from eight of Verne’s works of fiction: Twenty Thousand Leagues Under the Sea, From the Earth to the Moon, Around the World in Eighty Days, Five Weeks in a Balloon, The Adventures of Captain Hatteras, Journey to the Centre of the Earth, Michael Strogoff and Robur the Conqueror.

To prepare for the project, the Jaquet artist read, or re-read, as many as 60 of Verne’s novels and stories, before narrowing the selection to eight. He then created original drawings based on his interpretation of the events they depicted. With the help of a dark rhodium alloy that Jaquet applied by hand, the characters and events of each narrative come alive in a way rarely seen in the tight confines of a wristwatch dial.

“The most memorable work of the Neuchâtel-based Jaquet is characterized by the depth of its scope and ambition,” MB&F writes in a statement. “It is classical in style and heroic in its execution of human figures.”

In order to produce the 18k red gold timepieces, each of which required more than 300 hours of additional labor, and allow Jaquet the maximum amount of space in which to flex his skill, MB&F created new openworked date and power reserve subdials, along with wider dial plates; slimmed down the bezel; and reworked the case dimensions to make way for the wider dial plate (a change that required the production of new dial crystals).

For MB&F founder Max Büsser, the collaboration with Jaquet has a rewarding full-circle quality to it: Enamored of Jules Verne since reading his fiction as a child, Büsser had the author’s science fiction in mind when he created the Legacy Machine. The collection “that Eddy has been working on is basically the watch that I would have created if MB&F was founded 150 years ago,” he said in a statement.

Each unique piece retails for $162,000. The bad news: The series is already sold out!