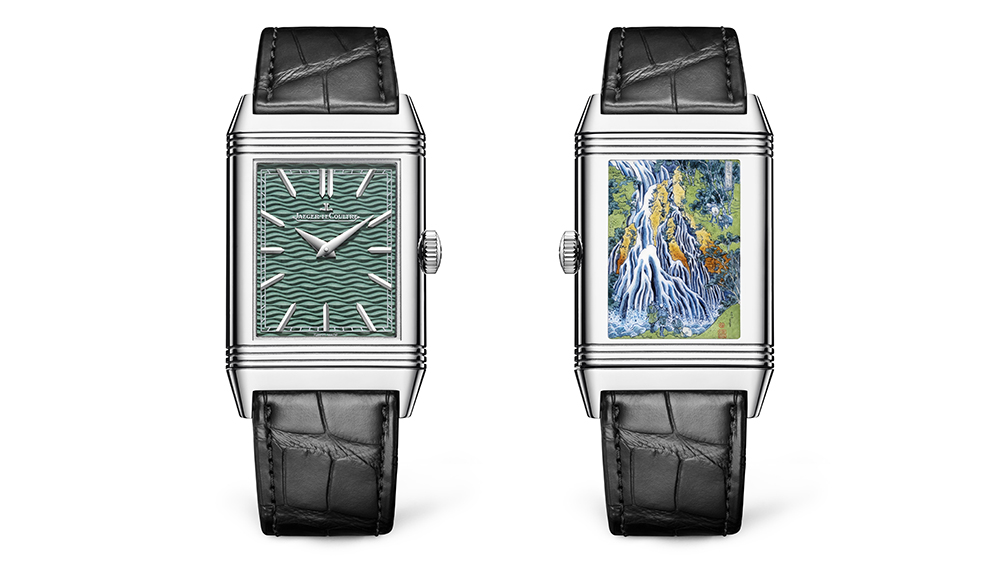 Just as esoteric mechanical features known as “high complications” represent the pinnacle of watchmaking science, handcrafted techniques such as miniature enamel painting, marquetry, engraving and guilloché work are the apogee of its art.

To find pieces that feature these arcane metiers d’art, look to the watch industry’s oldest and most established makers. Committed to keeping the tradition of belle horlogerie, or “beautiful watchmaking,” alive, they are the stewards of a legacy that has flourished in Switzerland since the 17th century, when Huguenots fleeing persecution in France brought their artistic savoir-faire to bear on the local watch trade in Geneva. But you would be remiss to count out Japanese savoir faire—the country is rife with its own unique craftsmanship exhibited in Grand Seiko’s masterful techniques.

Today, those same brands, and newer ones alike, employ skilled artisans — including enamelists, gem-setters, engravers and specialists in the art of wood marquetry — to painstakingly decorate the dials of their wristwatches with artful scenes that depict the stories of the watch trade in breathtaking miniature. The six watches highlighted below are the epitome of “art for the wrist.”

In contrast to the elaborate and colorful scenes that distinguish Switzerland’s metiers d’art timepieces, Grand Seiko’s new Spring Drive limited edition reflects the singular, and subtle, aesthetic of the Japanese. Available next month at Grand Seiko Boutiques in a limited edition of 50 pieces, the model was created to celebrate the 140th anniversary of the company’s founding.

Made at the Micro Artist Studio in Grand Seiko’s manufacturing facility in Shiojiri, by an elite team of watchmakers, the timepiece is designed to evoke the night skies over the village of Achi, located in the same Shinshu region as the studio. The sparkle of the blue dial is achieved through a unique manufacturing and finishing technique combining stamping, plating and painting. And the engraving on the 38.5 mm platinum case features a repeating pattern that, according to the brand, captures “the exquisite order and ever-changing aspect of Achi’s starry skies.” $79,000, Grand-seiko.com

The latest timepiece to emerge from the Jaeger-LeCoultre workshop is an ode to the Japanese artist Katsushika Hokusai (1760-1849) whose famed woodblock print series, “A Tour of the Waterfalls of the Provinces,” included a legendary depiction of the Kirifuri Waterfall.

The front of the Reverso Tribute model features the exceptional guillochage for which the watchmaker is known, while the reverse features a detailed miniature enamel painting that mimics Hokusai’s artistry within the confines of a 37 cm x 24.5 cm white gold case, barely one-tenth the size of the original. The details, drawn to scale, are superb: Don’t miss the group of tiny human figures at the base of the waterfall! 80,000 euros (about $95,000), Jaeger-lecoultre.com

Three hundred years ago, in 1721, Pierre Jaquet-Droz was born in Switzerland’s La Chaux-de-Fonds valley. He went on to become one of the country’s most celebrated automaton makers. To honor that legacy, the brand that bears his name has created a 300th anniversary edition of The Bird Repeater, a minute repeater wristwatch with multiple hand-engraved and handpainted animations evoking the verdant valley, including birds, eggs hatching and a flowing river.

The 47 mm 18k red gold case frames a scene that is quintessentially Swiss: Not only does it contain a rendering of the Gentian flower in the foreground (watchmakers use its fine wood grain as a polishing tool), you’ll also find red berries, holly leaves and a blue butterfly announcing the arrival of summer. The piece de resistance: in the background, to the right, a replica of the very farmhouse where Droz was born. Price on request, Jaquet-droz.com

Amidst all the hoopla surrounding the steel Nautilus, arguably the most sought-after wristwatch in the world, it’s easy to forget that Patek Philippe is about so much more than sport watches. For starters, the Geneva brand is among the handful of watchmakers that specializes in rare handcrafts — every year, it presents a collection of one-of-a-kind masterpieces and limited editions made using numerous special techniques.

This singular yellow gold pocket watch, Ref. 995/122J, is among the stars of the 2021 collection. Featuring a panda rendered in wood marquetry, including 194 veneer parts and 190 inlays fashioned from 26 species of wood, the pocket watch has a hand-guilloched dial with hand-engraved bamboo motifs beneath transparent green (flinqué) enamel. The same hand-engraved bamboo motifs adorn the bezel and border of the case back. The piece comes with a yellow-gold handcrafted stand inspired by bamboo, set on a green marble base. Price on request, Patek.com

In keeping with its reputation for making ultra-contemporary timepieces, Ulysse Nardin has taken the age-old art of marquetry and reinvented it for the 21st century. Instead of using wood, the watchmaker has instead applied slivers of silicium, a fragile material borrowed from the electronics industry and cut into segments by a plasma accelerator, to form a green X mosaic on the dial, with a matte blue decorative plate serving as a high-contrast backdrop.

Like the other models in the Freak collection, this special edition of the Freak X, limited to just 18 pieces and housed in a 43 mm case of titanium with blue PVD, has no dial or hands (the central bridge acts as a minute hand and one of the wheels indicates the hours). A feat of “technological craftsmanship” on every level. $31,100, Ulysse-Nardin.com

In 2004, and again in 2008, Vacheron Constantin assembled its greatest artisans to work on a Métiers d’Art Tribute to Great Explorers collection, honoring the likes of Christopher Columbus and Marco Polo.

This spring, the Geneva watchmaker released the third addition to the series, this one dedicated to a trio of 15th century Portuguese explorers — Bartolomeu Dias, Vasco da Gama and Pedro Álvares Cabral — who helped shape our understanding of the globe’s contours. Crafted in Grand Feu enamel, each dial depicts selected portions of a 1519 map from the Miller Atlas. The Vasco da Gama model shown here, limited to just 10 pieces, comes in a 41 mm 18-karat pink gold case. It illustrates, in red enamel, the sea route taken by the explorer’s fleet of four ships as they sailed along the coast of East Africa before crossing the Indian Ocean, and reaching India in 1498. $121,000, Vacheron-constantin.com