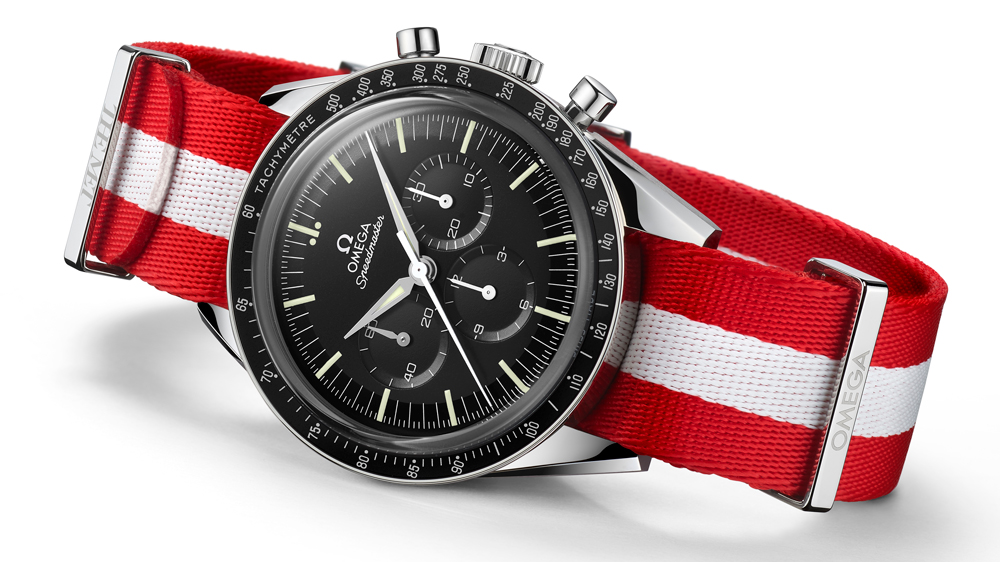 Five decades ago, on July 20, 1969, Omega journeyed to the moon on Apollo 11’s historic mission. The very next day, Buzz Aldrin wore the brand’s Speedmaster chronograph when he became the second man to walk on the moon. The wristwatch had been tested by NASA, and deemed “flight qualified for all manned space missions,” an endorsement that has fueled Omega’s marketing machine ever since.

Case in point: The brand is the sponsor of the Metropolitan Museum of Art’s newest exhibition, Apollo’s Muse: The Moon in the Age of Photography, open now through Sept. 22.

Comprising more than 170 photographs—in addition to drawings, prints, paintings, films, astronomical instruments and cameras used by Apollo 11 astronauts—the exhibition showcases visual representations of the moon from the earliest days of photography through the present, including two lunar daguerreotypes from the 1840s, believed to be the earliest existing photographs of the moon, and works by lunar photography pioneers such as Warren De La Rue (1815–1889), Lewis Morris Rutherfurd (1816–1892) and John Adams Whipple (1822–1891).

Omega has also teamed with the Met Store on a numbered limited edition Speedmaster, dubbed the “First Omega in Space”: The Met Edition, which is delivered inside a unique presentation box. The 39.7 mm steel timepiece—equipped with the Omega Calibre 1861, a descendant of the manual-wind movement that went to the moon—comes with a black anodized aluminium bezel, black varnished dial and a red and white striped NATO strap, in honor of the museum’s signature color, with The Met’s logo engraved on the loop, and a brown leather strap. Its design was inspired by the watch astronaut Wally Schirra wore during the Mercury Sigma 7 mission in 1962, aka “the first Omega in Space.”

The $5,200 limited edition will be available for purchase exclusively at the Omega boutique on Fifth Avenue in New York City, at the Met Store and online at store.metmuseum.org.