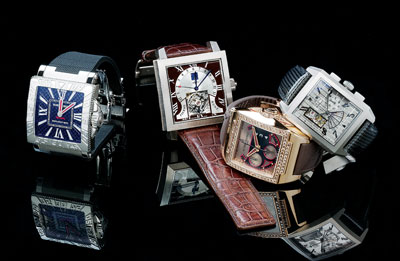 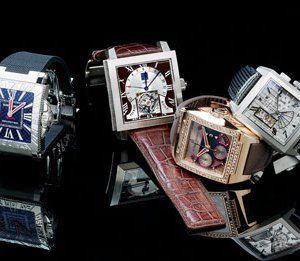 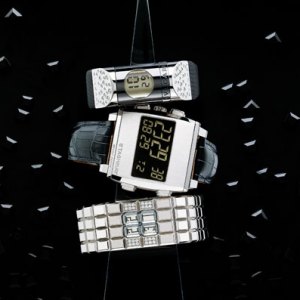 Rebellion is afoot in Switzerland. Rather than further venerating or even reinterpreting the well-worn motifs of the 18th century, modernist Swiss watch designers are creating their own icons using carbon fiber or exotic alloys and cases that are hard-edged and oversized. These timepieces feature dials that reveal stylized movement components, and some even incorporate the ultimate horological taboo: the digital display.

Devotees of Abraham-Louis Breguet, the most famous of the mechanical watchmaking pioneers, may be appalled, but Breguet himself, a proponent of aesthetic innovations as well as technical advances, probably would have approved. The emergence of several innovative boutique watch brands and the recent spate of cutting-edge designs represent the greatest surge of creativity in the craft since that golden age 200 years ago when pioneers such as Breguet developed most of the construction techniques used today.

Unlike then, however, technology and unbridled imagination have merged with striking synergy, particularly in pieces that integrate the movement into the overall design. DeWitt’s Tourbillon Différentiel, for example, flaunts its innovative differential winding system right on the dial, while Ulysse Nardin’s Freak Diamond Heart dispenses with the dial and hands altogether, as the revolving carousel movement itself indicates the time.

Although many of these watches verge on the outlandish, they also satisfy cravings for something fresh—whether it is for the stark or the flamboyant. “Most dedicated collectors already have a number of round guilloched watches in the traditional style, so they’re looking for something different,” says John Simonian, president of watch retailer Westime in Beverly Hills. “This is coming from the small, independent brands. They don’t have a history or heritage to protect, so they concentrate on designing the future.”

“Two years ago, only the experienced collector who already owned the classics would take a chance on something different,” says Steven Holtzman, president of the North American division of Roger Dubuis, a brand known for its over-the-top case designs and complications. “But now even people who are buying their first important pieces feel comfortable with watches like ours. The modernist elements are what capture people’s emotions.” The new wave will not supplant the traditionalists; rather, it likely will invigorate them, as the two schools mix even more extensively in years to come. Perhaps then, even the most rigid purists may agree with Breguet’s coeval Thomas Jefferson, who believed that every generation needs its own revolution.