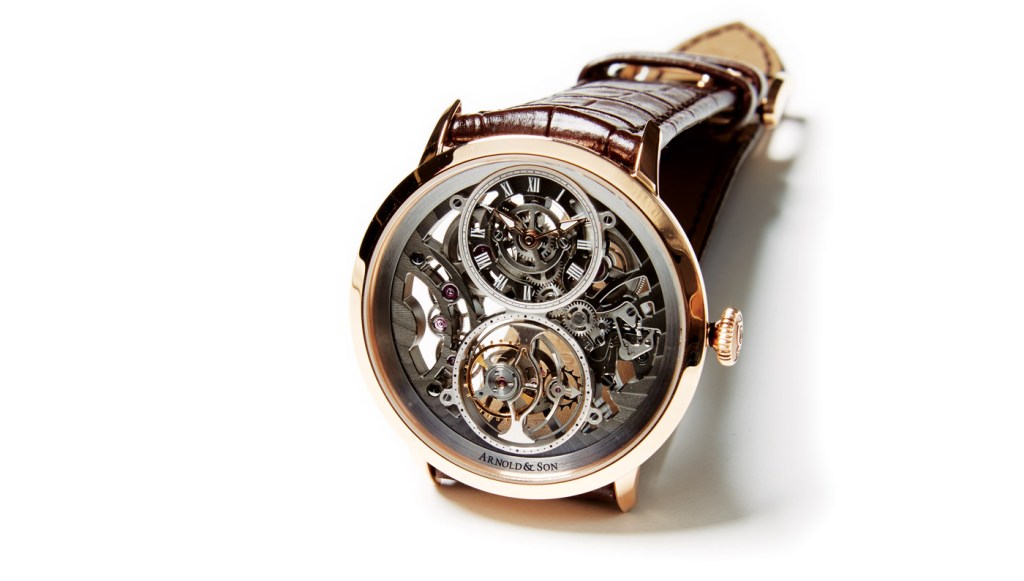 Although the skeletonized tourbillon is a much more common sight now than it was a few years ago, outstanding examples like the new Arnold & Son UTTE Skeleton watch ($76,750, arnoldandson.com) still manage to generate excitement. The elegantly thin timepiece from the centuries-old English watchmaker has just the right measure of modern flair. The unusual, arcing arms of the tourbillon cage and architectural bridgework make for an eye-catching contrast with the radiating sunray-stripe finishing on the plates. The movement is a close, whittled-down version of the classical UTTE flying-tourbillon movement that was released in 2013. The main plate, barrel, and tourbillon bridges required a redesign, but the overall thickness of the watch remains a svelte 8.34 mm.