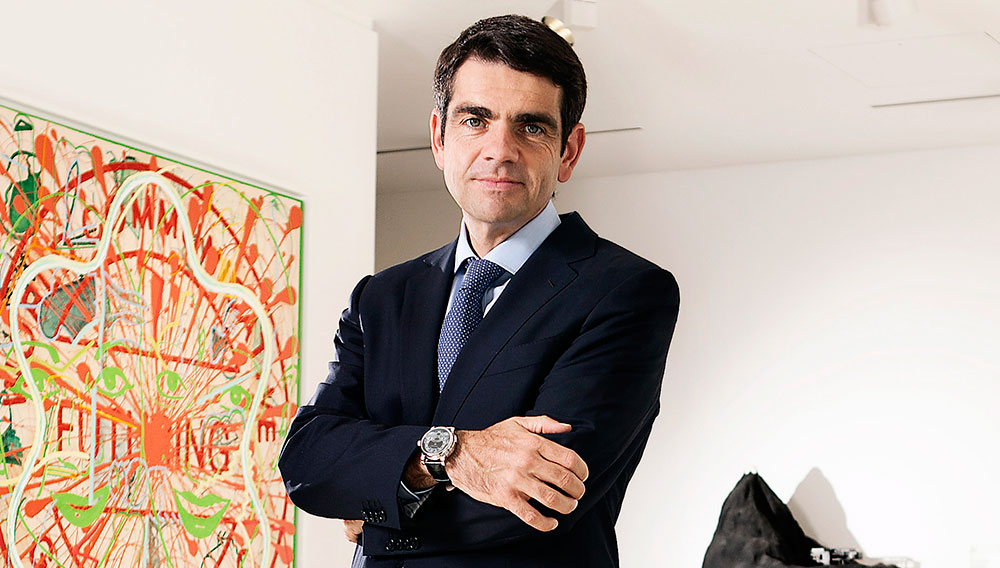 While the introduction of the Apple watch this year has not exactly caused a panic among Swiss watchmakers, it has introduced a healthy debate about the role of electronics in the traditional craft. From a purist’s perspective, one of the most interesting approaches is the e-Strap concept from Montblanc, which arrives in stores this month. As the name suggests, the electronic unit—which has a screen, sensors, and a smartphone interface—is located on the watch strap, leaving the integrity of the mechanical timepiece sacrosanct. Montblanc CEO Jerome Lambert comes from a fine watchmaking background, having spent several years as CEO of sister company Jaeger-LeCoultre. We caught up with him recently to explore how the idea and the product came into being. (montblanc.com)

RobbReport.com: How did the idea of the e-Strap come about?

Jerome Lambert: We were not satisfied with the way the smart watch was imposed from the technology world as a new model—a new way of thinking. Wearable technology is very important and interesting for sure. That’s modernity. But I don’t see that it means I should forget my [fine] watch! Functionality shouldn’t come at the expense of fun and pleasure, which is the real reason we wear a watch. We started to think how it might be possible to marry wearable technology with watchmaking. We said to ourselves that the folding buckle and bracelet is essentially useless. Why don’t we take advantage of the space? Watches were kept for centuries in the pocket.

RR.com: How did you start the development process?

JL: We are helped by the fact that Montblanc is a multicategory company. We started about 18 months ago with the head of production to create a wearable technology unit. We staffed it with young engineers, some of whom have created their own companies, without having a clear idea of exactly what we wanted to do in the different categories. Last September we introduced an electronic unit you can put in the inside of your pen that will allow you to write a note on Samsung or another platform. That was the first result, and we did it in six months; so we could see the unit was functioning well. We were working closely with Samsung and got to know that smart watches were the next chapter to come, so we started immediately. The arrival of the Apple watch fit our forecast perfectly.

We have been working continuously on this. Remember, Montblanc builds accessories: the work on the rubber, the resin, all these fields of activity are mastered in-house. We’ve been doing metal, plastics, and resin for 100 years. We’ve been doing bracelet leather for 80 years. We have all the watch history. Once we knew what we wanted, the shape, etc., our watchmaking team built the container, and the team in Hamburg have been developing what I call “the sugar,” the electronic components that look like a small [grains of] sugar.

Our leather team has been working on the strap so we can have different colors and flexibility as well.

RR.com: Obviously these types of devices will change at a rapid rate. Do you have the next generation in mind?

JL: The biggest thing to impact this is the sugar principle. I can easily swap out the electronic component, and the carrier—the strap—remains the same. As long as I keep the same screen, the rest of the electronics can be changed easily. I can add color, touch, or ten other different functions, and the design element—the carrier—stays as it is. Such a change won’t be very expensive. Already, the price of the strap is less than any other smart watch. By September, these straps should be compatible with 90 percent of our watches.

RR: How do you ensure reliability in a field that is essentially new to the company?

JL: Nothing is ever easy before it is accomplished, but we do have some advantages in the scale of our production, which is in seven digits. We have already produced over 100,000 units of the e-StarWalker (Montblanc’s electronic pen), and that’s a big piece of technology that had to be explained and commercialized. Of course, there are suppliers involved for the electronics. The sugar in the e-Strap will be done by a supplier, and there are very good ones. We did the development, but someone else will do the production. We will produce the carrier. I think that’s a duty for a maison to evolve if they want to keep their relevance and to do it the proper way. (montblanc.com)