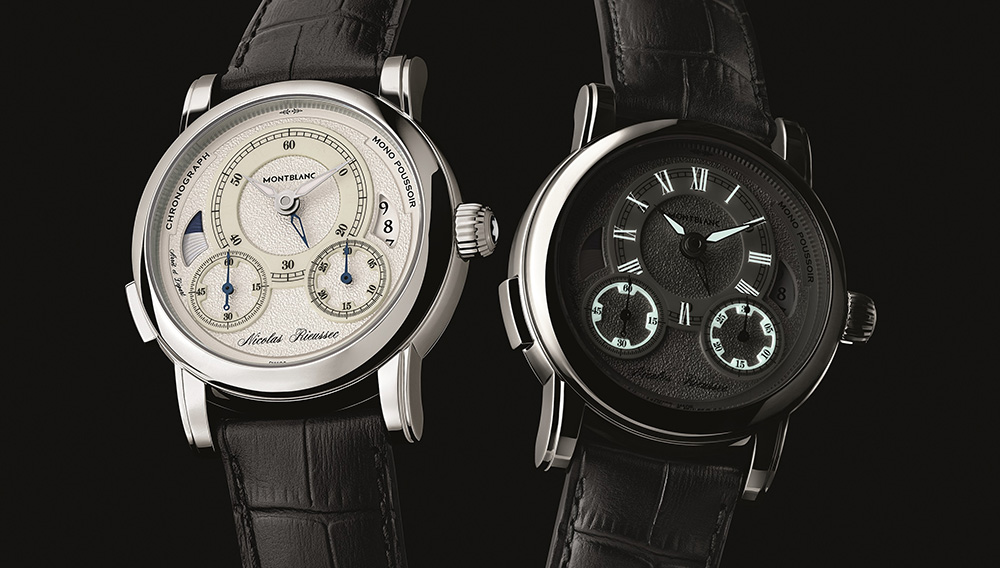 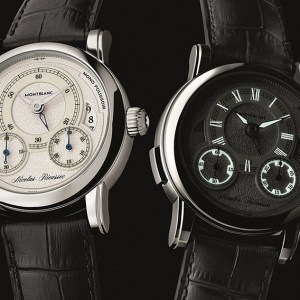 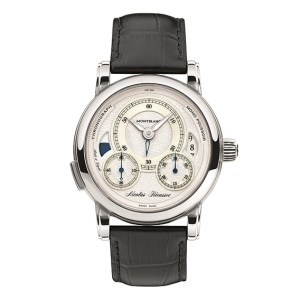 With its penchant for pens and watches already acclaimed, the German design house Montblanc marries its two passions with a new timepiece, the Homage to Nicolas Rieussec II—a tribute to the credited inventor of the ink-trace chronograph. After the French watchmaker’s first instrument proved so effective at accurately recording the close finishes at the Arrondissement de la Seine horse race in Paris in 1821, he improved upon it with a second iteration in 1825. The latter model (which Montblanc now honors) featured an elongated seconds hand, referred to as a diablotine, which circumnavigates a minute-circle. Containing a nib at the tip, the hand would deposit a drop of ink on the dial at the press of a button, without interfering with the timekeeping. The recorded intervals were accurate to within one-fifth of a second.

Montblanc’s watch honors the 19th-century original’s distinctive display by matching color and style of hands while adding to the complication with a date window, a dual time function, and a guilloche-patterned day and night indicator. The chronograph hands—sans ink—are activated for timing purposes by pressing the only pusher, located at 8 o’clock. When viewed in the dark, luminescent roman numerals in the same typeface as the 1825 watch replace the arabic indices.

Beneath the elegant exterior beats a self-winding movement with classic Côtes de Genève engraving and blued screws, as well as a 72-hour power reserve. And the movement’s meticulous precision can be peered at through the sapphire caseback. Of the latest in Montblanc’s collection honoring Rieussec, 190 examples will be made in red gold and 565 of the model in steel. The price is set for $29,100 and $10,200, respectively. (montblanc.com)