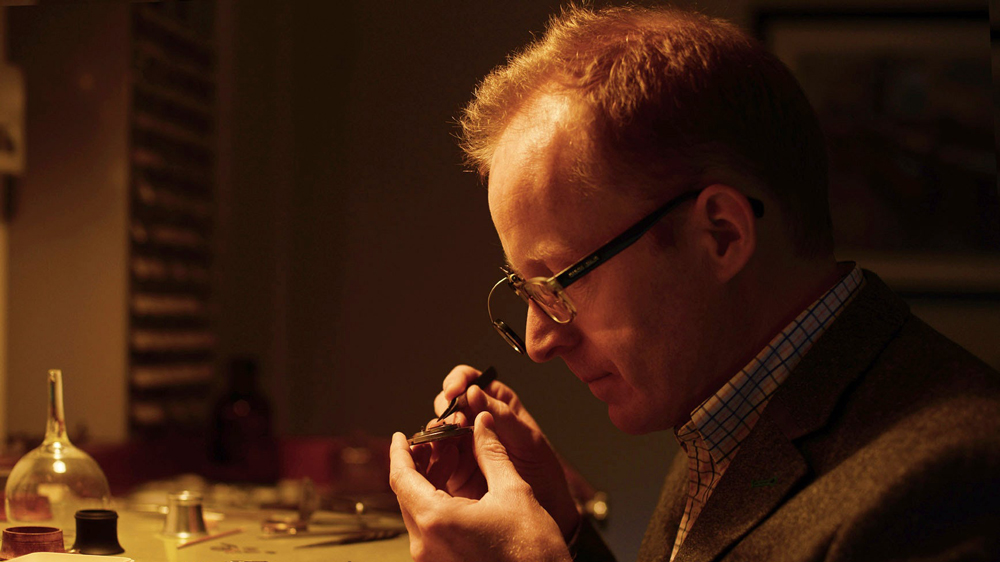 On Thursday, lauded British watchmaker Roger W. Smith and Dr. Samuel Rowley-Neale and Dr. Michael Down, two leading nanotechnology researchers from Manchester Metropolitan University, made an announcement that could be the biggest innovation in watchmaking in recent memory. At an event called “Designing our Future” in New York City, devoted to introducing British innovation in America, the trio introduced new 2D nanomaterials that will eliminate the need for lubricants in watchmaking, which renders the need for servicing obsolete. This is great news for mechanical watch clients and watchmakers who want to ensure their genius and creativity last for lifetimes to come without ever needing a checkup. But, initially at least, it won’t be a welcome advancement for companies that profit from servicing timepieces—or the watchmakers who make a living doing these repairs.

“Oil has always been the enemy of every single watch out there—even a quartz watch has oil in it,” Smith told Robb Report. “If you can remove that from the mechanism, which in theory we can do, it’s going to be incredible. The only thing that a watch may need is a replacing of seals or water testing every so often. But, in theory, you’ll just be able to screw on the back and leave it.”

Pivots used in watchmaking need an oil-based liquid lubricant to lower friction, which increases the efficiency of the timepiece. Over time, the liquid dries out and the mechanism can seize up and lose time. This is why watch owners have to get their timepieces serviced periodically—and depending on the watch, that can cost hundreds or even thousands of dollars as well as…time. “I know so many collectors and they’re always telling me nightmare stories about sending watches back that have been gone for nine months to a year to be serviced,” said Smith. “It’s the unpleasant-ish side of owning watches. At some point, all of my collection is going to have to be serviced.”

The new 2D nanomaterials will create a dry lubricated service that will prevent the watch from needing service, and the science behind the technology, according to Smith, Rowley-Neale and Down, should prevent it from having to be serviced for lifetimes—even if they won’t be around to test that theory themselves.

That is, of course, wonderful news for watch clients, but what does it mean for watch conglomerates? The technology has all been funded by the university and while Smith couldn’t comment on the actual cost of the nanomaterials due to nondisclosure agreements, he did say it was a product that could easily be mass produced, but that it would take time for bigger watch companies to start using the new material.

“We’re small scale so we can react very quickly, this is why it’s working very well between us,” says Smith. “If you’re making 100,000 watches a year then there will be a bigger obstruction to what you’re trying to do.”

He started discussions about using the material in his watches with Rowley-Neal and Down last summer. Currently, Smith is making a watch using the nanomaterials, which he expects will be completed in about six months time.

“It’s such a defined process really,” Smith said. “It isn’t as if you’re trying to climb Everest—a lot of the work has already been done in different applications, so it’s just about moving that process into the world of watches. But our hope is that this will be adopted, because it makes perfect sense to adopt it.”