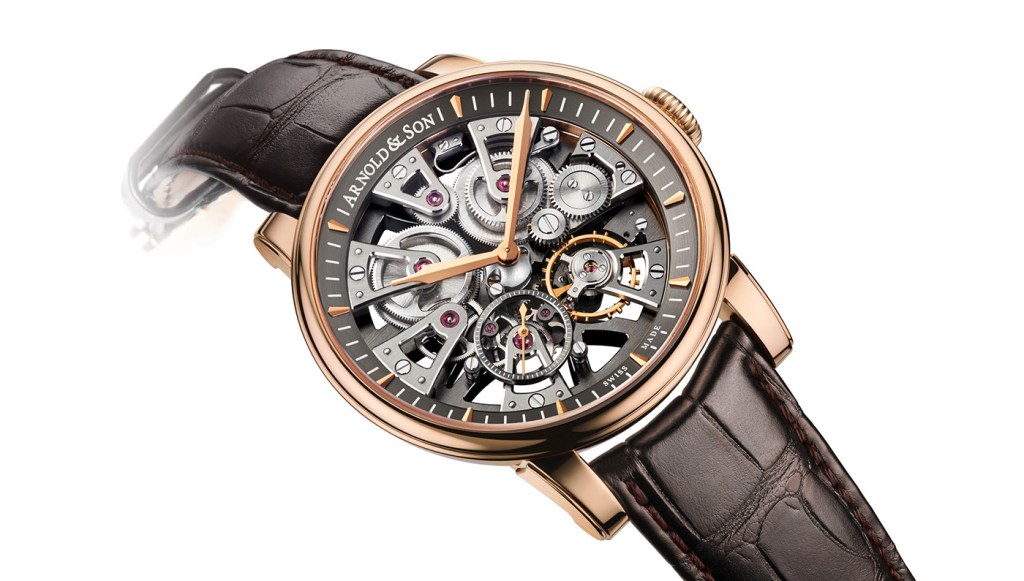 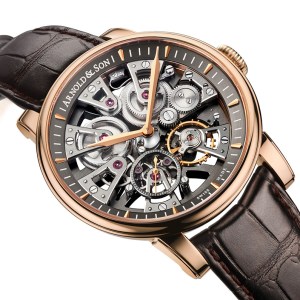 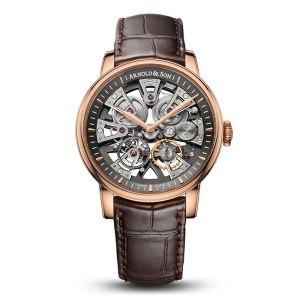 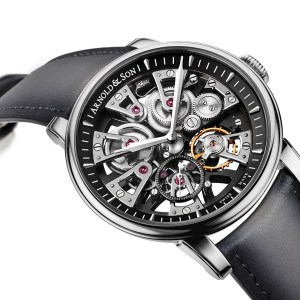 Celebrating the symmetry and precision of the universe, the new Arnold & Son Nebula timepiece has been engineered for equipoise. Named for the birthplace of stars, the manufacture’s mechanical interpretation of a cosmic cloud features an openwork movement supported by seven chamfered, triangular bridges based at the border of the bezel. These draw the eye toward the horologic heart—Arnold & Son’s in-house, hand-wound calibre.

Design parity is provided by two mainspring barrels (yielding an impressive 90-hour power reserve) presented above a small seconds subdial and the oscillating balance wheel. Also visible through the dial are the gear train, escapement, and winding mechanism. Hour and minute hands hover above the mechanism’s intricate componentry.

A reverse view of the configuration reveals that this visual balance extends to the back of the movement as well. The rear sapphire crystal also provides glimpses of three additional bridges, the skeletonized main plate, and 18-karat gold chatons.

Available with either a stainless-steel or 18-karat red-gold case (pricing has yet to be announced), the Arnold & Son Nebula will burst on the scene at Baselworld 2016, beginning March 17. (arnoldandson.com)