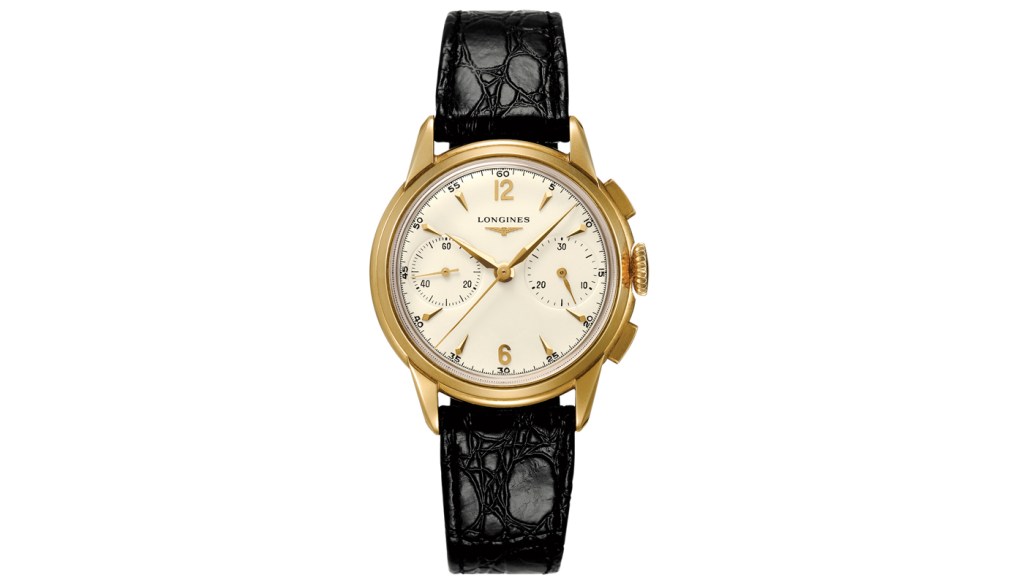 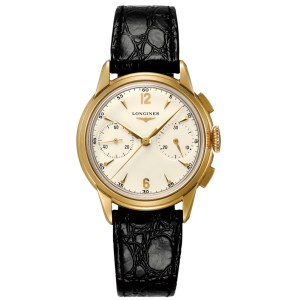 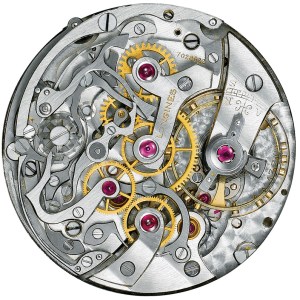 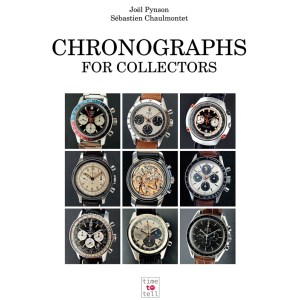 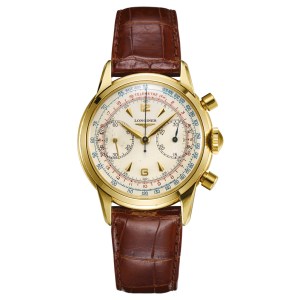 Swiss experts illuminate a past period of excellence in timepiece design.

It is all too rare that a book on watches leaves you feeling in command of a subject, particularly when the topic is something as complex as vintage chronographs. But this is something Joël Pynson and Sébastien Chaulmontet (the latter of whom you may know for his work at Arnold & Son) seem to have accomplished with their newly released Chronographs for Collectors. Here we offer a slice of their commentary on the well-regarded in-house chronographs made by the Swiss company Longines in the mid-20th century, a part of watchmaking history that today seldom resonates outside vintage-watch-enthusiast circles.

The Longines chronographs, and in particular the 13ZN, occupy a very special place in the hearts of vintage chronographs lovers. The 13ZN is in some way the Holy Grail of chronograph calibres of the 1940s. It is as much the elegance of their design as the quality of the finish that occasions unanimous support today. It is incontestably the nec plus ultra of beautiful “manufacture” chronograph movements of the period.

Finding a good Longines 13ZN chronograph is not easy, especially when you want to acquire one having the dial in its original state. The Longines dials seem to be particularly fragile and even those in waterproof cases, when they have not been burned by the radium in the hands, have only rarely survived unharmed by the ravages of time. The state of the dial is vital for establishing the value of the watch. A dial that has been restored or is in a very bad state can easily lower the value of the watch by two or three times.

The rarity of fine examples together with a very large community of collectors have resulted in the cost of these fine models climbing continuously, if not to say exploding, during these last years.

The desirability and the price increase exponentially depending on the size and type of case. The larger the diameter (37–38 mm) the more the watch is sought after today. If the watch is waterproof as well, then prices can triple, or more. This reflects accurately the present fashion for big watches and for waterproof sports watches. The collector who is more interested in acquiring a 13ZN calibre rather than a particular model can therefore fall back on the small-sized models (often in gold) and not waterproof.

The first waterproof version, reference 4270 features among the most sought after models. Nicknamed today “mushroom pushers” because of the particular shape of its pushers, this reference refers to a patented waterproof case of 37.5 mm in diameter. One of the peculiarities of this case is that it has a hinged back rather than screwed and a bezel called a “step-bezel” according to Longines because of its bezel on two levels in the form of a step.

The 4974 references, nicknamed today tre tacche (Italian for “three notches”) because the three notches on the back of the case are very prized and fetch extremely high prices. These references all feature a waterproof case of 37.5 mm in diameter, a screw-threaded back, pump pushers, and a bezel on two levels (“step bezel”).

But the most beautiful creation of Longines as far as wrist chronographs are concerned, remains, in our opinion, reference 5699.