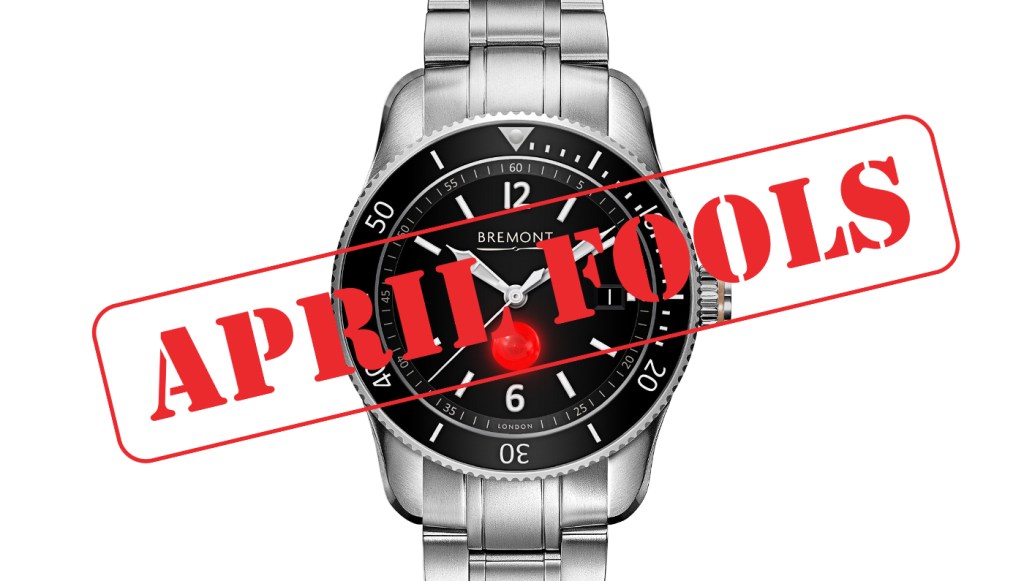 Every rookie diver knows the heart-sinking feeling—frozen in fear, heart pounding out of your chest—there’s a faint silhouette of a shark in the distance, and your limited knowledge means you have no clue whether you’re facing a man-eating Great White or a harmless Leopard shark … That is, until now. The details are scarce, but Bremont watches has just announced the introduction of a unique shark detection technology to be fitted in a variant of the recently launched S300 dive watch. Using a patented sonar-based sensor, divers simply need to point the watch in the direction of the threatening beast, and within minutes a bright green or red light will appear on the dial indicating whether or not evasive action is required. “Accuracy has always played a big role in the creation of our watches, and after years of development, we’re really happy with how the shark detection system worked out” states Bremont co-founder Nick English, who spearheaded the project after a close encounter with a tiger shark off the coast of Bermuda in 2013.

Pricing and an anticipated delivery date for the new Bremont FA-UX Diver have yet to be released, however the brand urges collectors to reach out to their undersea R&D team via email (OliPalfrol@bremont.com) for further information on the project. (bremont.com)