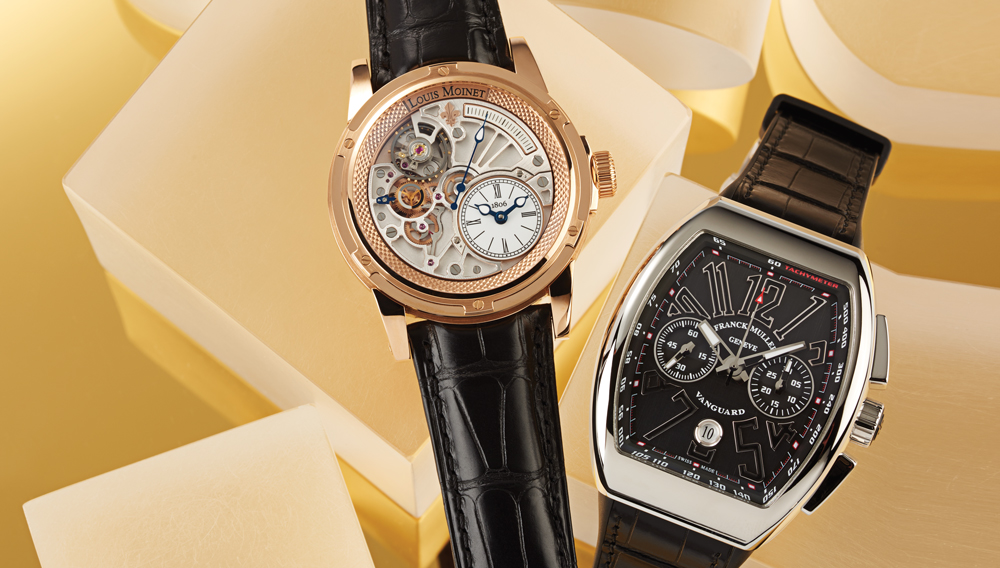 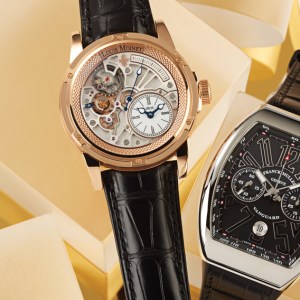 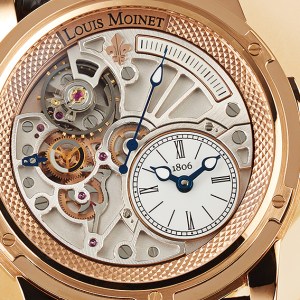 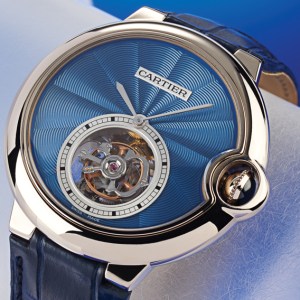 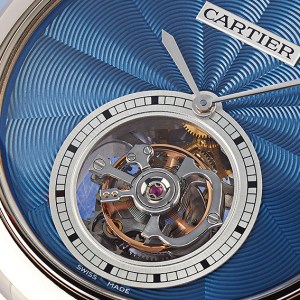 If a mechanical watch’s movement can be defined as its beating heart, then the dial, naturally, would be its face. And just like the human countenance, a watch dial does more than simply transmit information, it endows the timepiece with expression and personality: edgy or classical, minimalist or ornate. In addition to the contemporary renaissance in decorative métiers d’art that has gone far beyond traditional techniques, dials in general are becoming more intricate, layered, and distinctive thanks to modern technology that indulges the imaginations of today’s practitioners of the art.

For generations, even the most esteemed watchmaking houses contracted independent dial makers to produce their designs. But as part of the wave of industry consolidation at the turn of this century, dial-making houses such as Léman Cadran, Natéber, and Cadrans Flückiger were scooped up by large brands and holding companies. Prescient executives realized that not only could they more nimbly control their quality and quantity but their acquisitions could provide an additional revenue stream by supplying quality-conscious competitors.

“To make dials, you need people who are extremely talented with their hands and they need to know chemistry as well,” says Nicholas Rudaz, director of Franck Muller, which purchased Les Fils d’Arnold Linder in the Swiss Jura more than a decade ago. “There are a lot of chemical reactions with the paints and varnishes, and it is a very difficult and unique process.” One Franck Muller dial requires at least 12 different layers of lacquer that must be applied and allowed to fully dry, layer by layer, in a painstaking, time-consuming operation. The brand’s characteristic slanted retro numerals are also hand-painted rather than printed.

Franck Muller’s new Vanguard collection presents a different approach to those signature digits, with each number in relief and polished or brushed finishes done by hand. The Curvex model’s case, crystal, and dial are all domed, further adding to the challenge.

This year marked the 10th anniversary of Quadrance et Habillage, a dial-making entity established by Parmigiani Fleurier’s parent company, the Sandoz Family Foundation. Housed in the same La Chaux-de-Fonds building as the group’s case maker, Quadrance et Habillage employs about 20 craftspeople who produce the multilevel dials with contrasting textures and colorations that give Parmigiani watches their distinct aesthetic. The facility also supplies dials to Audemars Piguet and A. Lange & Söhne, among others.

The same microtechnology that has transformed movement making has also revolutionized dials with more layered constructions. These consist of multiple elements, stylized applique numerals and indexes, combinations of various finishes, and the use of exotic materials, all of which serve to enhance and distinguish watches with faces that stand out from the crowd. Previously, limited technical possibilities meant that many watch dials resembled one other.

“Technology and flexibility have opened the way for more personalization and creativity,” explains Jean-Marie Schaller, CEO and creative director of boutique brand Louis Moinet, which collaborates with independent dial makers in La Chaux-de-Fonds as well as with craftsman Daniel Haas, who specializes in the use of exotic minerals. “Until 10 years ago, brands chose applied indexes in catalogues of standard designs and dial makers ordered them from a specialized company,” says Schaller. “Today most dial makers are equipped with CNC machines, so the brands come up with their own designs and dial makers manufacture them.”

Schaller favors dial designs that play up the technology and craftsmanship of the movement in what he describes as a “powerful cocktail.” The dial of the Louis Moinet 20-Second Tempograph, for example, frames the original integrated movement with a circle of Clou de Paris guilloche engraving. The left side exposes the works, including the spinning balance wheel and the cam that triggers the retrograde hand. “The most important thing for these two dials is their perfect integration in the mechanical aspect of the watch, which produces a very strong impact,” says Schaller.

In a similar vein, Hublot’s Classic Fusion Tourbillon Titanium Red Vitrail plays up the skeletonized tourbillon movement with a frame that emulates a miniature stained-glass window. Its 15 tiny openings are filled with precisely cut slivers of tinted high-tech glass that filter various shades of light through the dial. Introduced this year in red and blue, the concept allows for exponential applications with a total of 10 different colors, each with several shades, and the possibility of substituting the glass for ceramic, semiprecious gems, metal, and even wood.

Incorporating such unconventional materials into dials is another way to infuse a watch with singular character. Ralph Lauren’s Automotive collection, for example, evokes the dashboard of the designer’s 1938 Bugatti Type 57SC Atlantic Coupe with a ring of beautifully grained loupe d’orme, or elm burl wood. This year’s Automotive Chronograph also mimics the Bugatti’s instrument panel with chronograph counters defined by clear white markings on the black dial and a tachymeterscale around the perimeter.

Chopard’s L.U.C XPS Fairmined creatively expresses the brand’s Fairmined ethical gold initiative, in part through the dial. “The dial echoes the surface of a gold nugget when it is extracted from the earth,” says Ralph Simons, CEO of Chopard USA. “Chopard created that same metallic glint and texture of the raw gold using a technique called pépite, which translates to ‘nugget’ in French. The dial has the classic sunburst effect that is seen on all of our L.U.C models, but the rough, rugged, swirling surface is meant to remind you that the watch case is crafted of ethically sourced Fairmined gold.”

Even traditional materials like mother-of-pearl and classical métiers d’art are being applied with more elaborate treatments. Bulgari’s Il Giardino Notturno (the Night Garden) mixes old-world techniques of champlevé, mother-of-pearl marquetry, engraving, and gem-setting on four levels representing the four elements: fire, earth, air, and water. All serve to present an artful and romantic moon phase in aventurine glass hanging over a garden of sculpted moonflower blooms.

Typically, most brands rely on independent artisans for such demanding specialties. Jaquet Droz, however, has created its own Ateliers d’Art department to connect the thread between the modern brand and its 18th-century historical specialties that include the art of paillonné enameling. This ancient technique fuses fondant (translucent enamel) with tiny hand-cut gold or silver leaf spangles and arabesques to create elaborate repeating patterns that resemble foulard fabrics. Today, Jaquet Droz’s enamellists have revived the time-honored handcraft on the dials of wristwatches that echo the spirit of their pocket-bound forefathers while demonstrating there are some things that technology simply cannot improve.