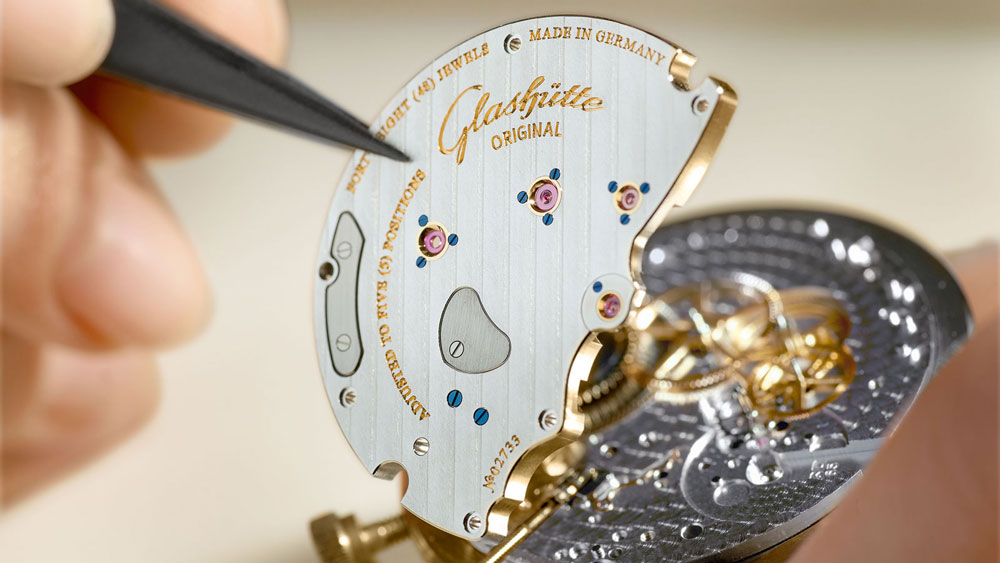 Think of watchmaking, and one geographic region almost always springs to mind—and Switzerland is front and center. But as much as that region remains the heart of the watch industry, there are numerous other pockets of horology hidden around the globe. In the coming weeks and months, episodes of our new series, Not Swiss, will bring these regions to light.

For the first installment, we’re focusing on Glashütte—the small corner of Eastern Germany with a decidedly different design mantra. A cluster of manufacturers operate in this quaint corner of Bavaria, each producing exceptional pieces that can rival or surpass their Swiss counterparts.

In the ranks of Glashütte, A. Lange & Söhne has long been at the top of the pyramid, tracing its roots back to Ferdinand Adolf Lange, who opened his watch manufacture in Glashütte in 1845. His sons Richard and Emil joined the family business a handful of decades later, and the rest is history—well, not entirely. As you’ll learn further on, things went a little quiet for A. Lange & Söhne as the entirety of Glashütte struggled after the war. Thankfully in 1990 Walter Lange (with the help of IWC) revived the brand and brought it back to its former glory, positioning A. Lange & Söhne at the forefront of German haute horlogerie.

To this day, A. Lange & Söhne is revered as one of the best manufactures in the game, and it continues to produce a broad range of complex pieces, including perpetual calendars and minute repeaters as well as more understated creations—still completed to the brand’s high benchmark of quality and finishing. Most notably, the Tourbograph Perpetual “Pour Le Mérite” set a new benchmark for the brand as its most complex creation to date.

Forced to pay reparations to the Soviet army in the form of tools and equipment, the region’s watchmakers were backed into a corner, having to make every component themselves—jewels, springs, tooling, and the like. Before long, the Republic decided to nationalize and merge all of the region’s watchmaking into a single state-owned company known as VEB Glashütter Uhrenbetriebe. Fast-forward to 1994 and the outfit was yet again privatized (with A. Lange & Söhne having already split back off in 1990), giving rise to the Glashütte Original we know and love.

Today, the brand’s collection is fairly diverse and includes the elegant Pano and Senator lines, the casual Senator Chronograph Panorama Date we recently reviewed, and the limited-edition Sixties Iconic models, which feature a very vintage-inspired design reminiscent of the Spezimatic that was a well-loved release from the brand in the ’60s and ’70s.

Tutima’s path in horology has been a bit different, starting in 1927 in Glashütte only to have its facilities bombed out during the war. Rather than rebuild in the region, Dr. Ernst Kurtz moved the facility to the west. After the fall of the Iron Curtain, Tutima returned to Glashütte, this time with a few significant successes under its belt, including the Tutima Military Chronograph ref. 798 that became the official watch for NATO pilots in 1984. Task-focused pilot’s watches remain at its core to this day, though the company has since become much more well-rounded than in its earlier days.

Most recently, Tutima paid tribute to its classic Fliegerchronograph with the release of the Tempostopp, powered by its latest in-house caliber—the T659. Tutima designed this caliber based on the original movement of the Fliegerchronograph from the 1940s, originally produced by Glashütte UROFA. Tutima had no access to original drawings of the caliber, instead working from a physical running example owned by the brand. The hand-winding flyback chronograph is yet another testament to the brand’s technical prowess.