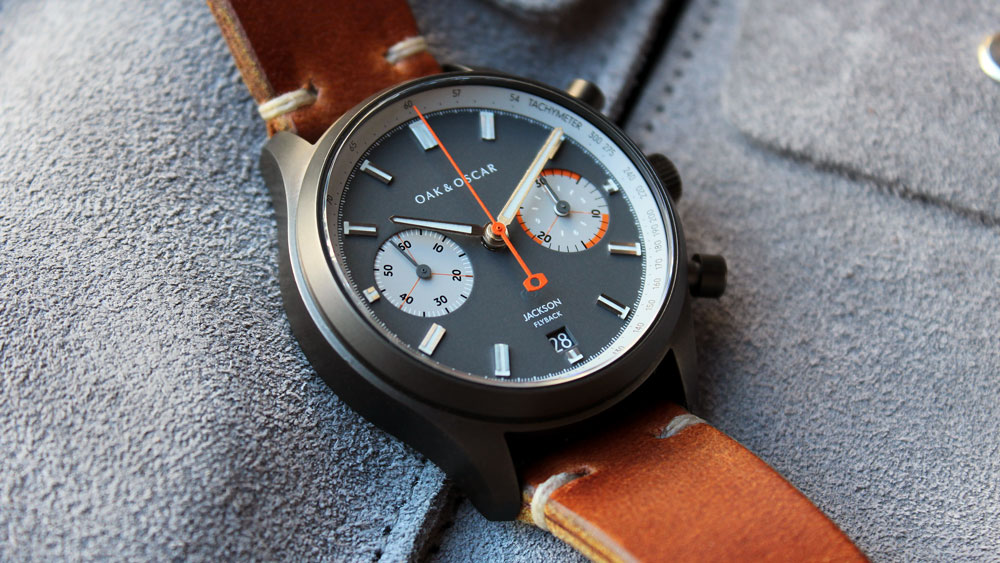 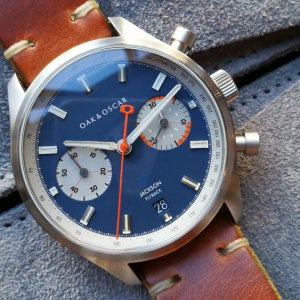 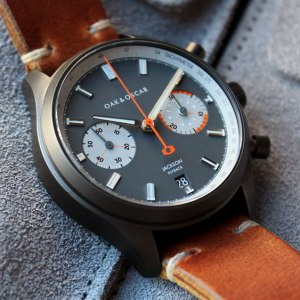 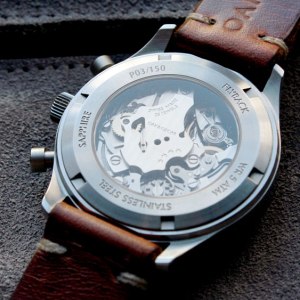 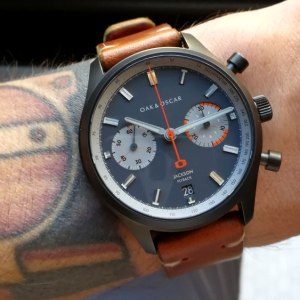 Oak & Oscar—the brainchild of Chicago-based watch-enthusiast-turned-entrepreneur Chase Fancher—is now 2 years past the launch of its first watch release. But with the unveiling of the Jackson chronograph (from $2,650), it is continuing to set itself apart from the growing pack of watch-industry start-ups out there. Aside from simply wanting to build a watch that suits Chase’s personal tastes, there are a number of key details at play with the Jackson that make this watch particularly appealing.

Aesthetically speaking, the new chronograph has a certain level of vintage-inspired charm, albeit in a restrained manner. “There are definitely some classic details to the watch, but the goal was to still be contemporary overall,” states Chase. “By balancing our design codes from the first two watches—tonal grays, orange accents, classic case proportions—with these subtle classic touches, I think we’ve created a piece that will speak to a lot of enthusiasts and collectors out there.” 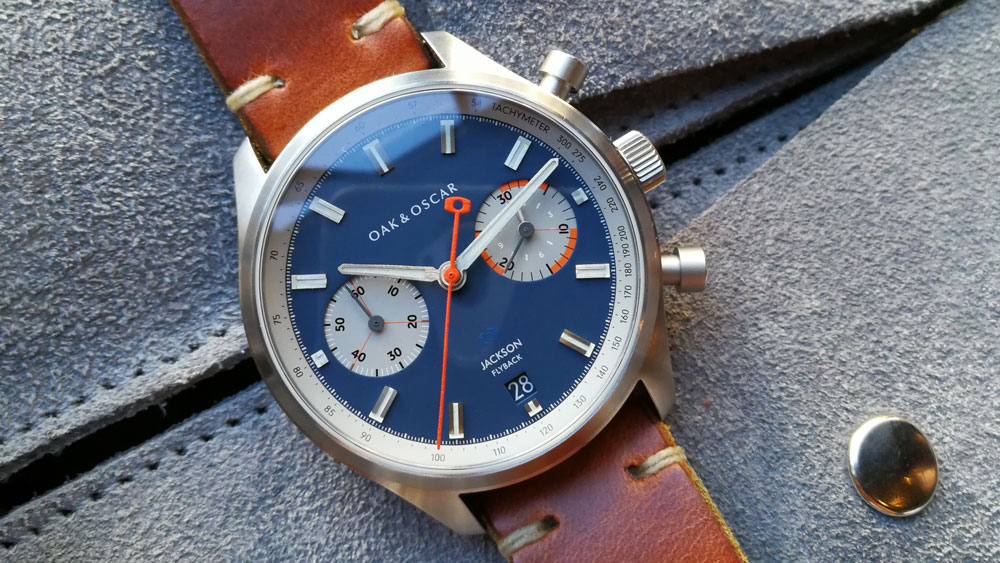 With so many brands contending in this entry-level playing field, it can be challenging to set oneself apart from the pack; this is a consideration that Chase and his team continue to take quite seriously. Simple details like opting for a modified font on a color-matched date wheel, for example, sound superfluous at first, but considering that chronographs from Breitling, Chopard, and others cost much more and still use a supplied base caliber (an ETA Valjoux 7750) with a stock date wheel, the extra work carries a bit more weight.

Visuals aside, the Jackson’s inner workings are equally—if not even more—noteworthy. In 2012, Eterna splintered off from its movement manufacture as a separate entity, and 3 years later, it unveiled the Caliber 39. With an accessible and incredibly modular movement design, the brand hoped to pick up the demand from independent and blossoming watch brands looking for a reliable movement source as ETA continues to restrict its supply. More conventional variations on the Caliber 39 have since surfaced, but with the Jackson chronograph, Oak & Oscar pursued an uncommon yet highly appreciated deviation from the norm—a manually wound flyback chronograph. 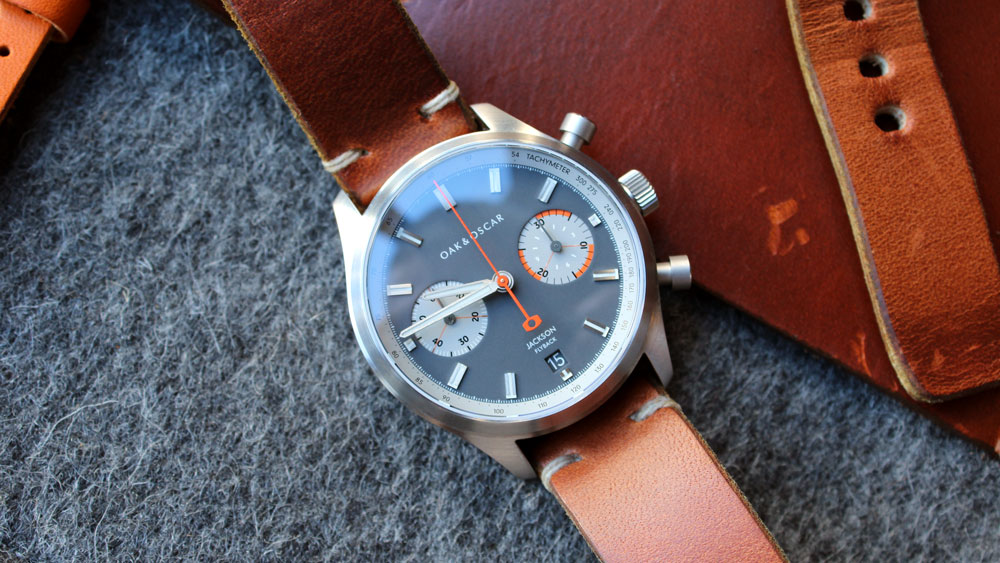 Available in three variations—blue and gray dials in a steel case, and a dark-gray dial in a PVD-treated steel case (all 40 mm in diameter)—Oak & Oscar has already begun taking preorders on the limited production. All told, only 400 examples of the chronograph will be produced, including 150 of each steel-cased variant and 100 in PVD, with deliveries anticipated for Q1 of 2018. Each piece will come with a matching watch wallet produced by Woodnsteel as well as a pair of Horween leather watch straps.