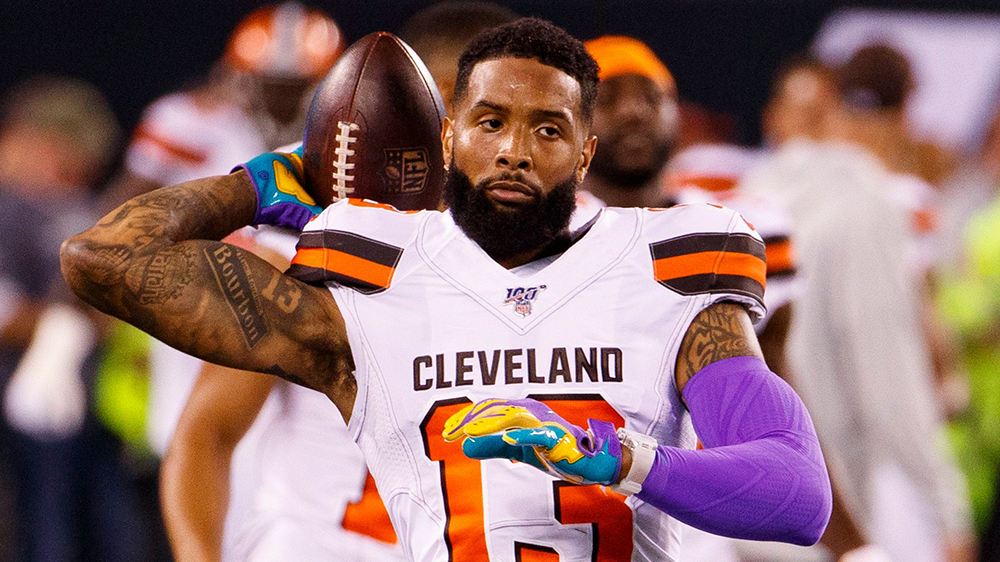 A week after he raised eyebrows by wearing a Richard Mille watch during an NFL game, Odell Beckham Jr. proved it wasn’t some one-off stunt on Monday night. Although he didn’t wear it during Monday night’s game, the Cleveland Browns wide receiver was photographed wearing an even more expensive timepiece from the Swiss watchmaker during warm-ups.

Before the Browns’ matchup with the New York Jets, Beckham—who’s not formally affiliated with Richard Mille—could be seen sporting a dazzling RM 56-02 Tourbillon Sapphire. Limited to just 10 examples, the watch is valued at a staggering $2,020,000, almost ten times the original price of the RM 11-03 McLaren Automatic Flyback Chronograph he wore during his team’s 43-13 Week One loss to the Tennessee Titans.

Even for Richard Mille, a brand whose technical prowess regularly produces six-figure references, the RM 56-02 is extremely expensive. One of the main reasons for this is the unprecedented amount of sapphire crystal used in making the watch’s three-piece case. According to reports at the time of its release in 2014, the case had to be milled and ground from solid pieces of sapphire crystal with any one single mistake resulting in the entire piece being cracked. Because of this, 960 hours—or 40 days—worth of machining went into each case, and nearly 1,500 hours into the entire watch. Additionally, the watch’s movement is suspended within the case via a complex cable and pulley system, similar to the one used in the RM 27-01 Nadal.

Beckham may not have worn the RM 56-02 during the game, but it certainly seemed to inspire him to greatness on Monday night. The stylish playmaker was by far the most dangerous person on the field during the Browns’ emphatic 23-3 victory, catching six passes for 161 yards, including a touchdown. One of his receptions, a one-handed grab that led to his team’s first field goal, seems likely to go down as one of the catches of the season.

Beckham, who put the RM 56-02 back on before the post-game press conference, was later asked about the watch. “I don’t really have any comment about it,” he said. “I think Daniel Wellington might be a better watch than these, a little classier, not as flashy as this one. I’m just blessed.”

After Beckham wore his RM 11-03 during last week’s game, rumors circulated that the NFL planned to talk to the player about wearing the watch. While players are allowed to wear jewelry on the field, Ian Rapoport of NFL Media reported that the league felt the timepiece violated a rule prohibiting the wearing of “hard objects.” Beckham said he planned to continue wearing a watch anyway, but appears to have side-stepped running afoul of the league by only wearing it during pre-game warmups.