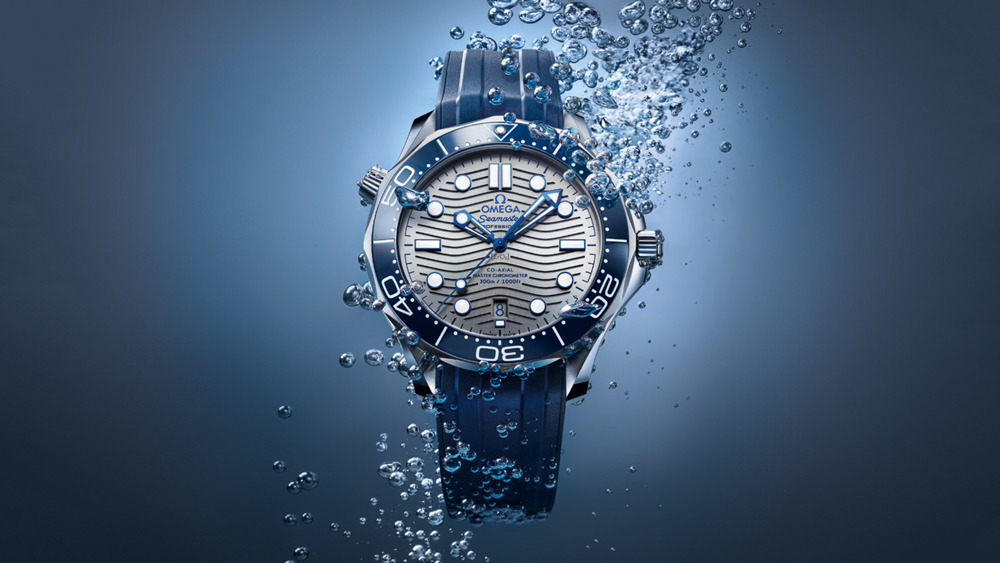 In a striking move, Omega has totally revamped its iconic Seamaster Diver 300M collection, first unveiled to the world in 1993. Now the Swiss watchmaker is unveiling a series of 14 new models that not only celebrate the line’s 25th anniversary, but also boast several patents.

To highlight the new collection, Omega unveiled a new campaign featuring Daniel Craig—the current face of James Bond—as the persona of behind the new line. Omega has had a relationship with James Bond for nearly a quarter of a century – ever since the first Seamaster Diver 300M watch was strapped to Pierce Brosnan’s wrist in GoldenEye.

The new Seamaster Professional Diver 300M watches are 42 mm in diameter and crafted either in stainless steel, or in a combination of stainless steel and 18-karat rose gold. They’re powered by the brand’s remarkable proprietary Master Chronometer Caliber 8800, which is not only certified for precision performance under a multitude of conditions, but also is built with materials that make it resistant to magnetic fields of up to 15,000 gauss.

Omega has re-worked the helium escape valve, located in the 10 o’clock position, so that it is conical and features a patented technology ensuring that if it is accidentally opened under water, the watch will remain water resistant to 50 meters, or 167 feet. But under normal conditions, the watch is water resistant to 300 meters (1,000 feet), as its name implies.

The new watches feature a unidirectional diving bezel made of ceramic with a diving scale made in either white enamel or Ceragold (Omega’s proprietary scratch-resistant gold). The bezels are color-coordinated with polished ceramic dials in either ocean blue, black or sun-brushed PVD chrome color. Omega has brought back the wave pattern from the original series, modernizing it and creating it using a laser engraving process.  The over-sized indexes are raised and luminescent-filled for easy underwater readability.  The hands are also reconfigured and skeletonized (offered in either rhodium-plated, blued, or 18-karat gold, depending on the model) with Super-LumiNova edges and tips. Equipped with either a black or blue rubber strap, or a bracelet that holds a patented fold-over, rack-and-pusher system that is expandable to fit over a diver’s suit, the Seamaster Diver 300M watches retail from $4,750 to $9,700.