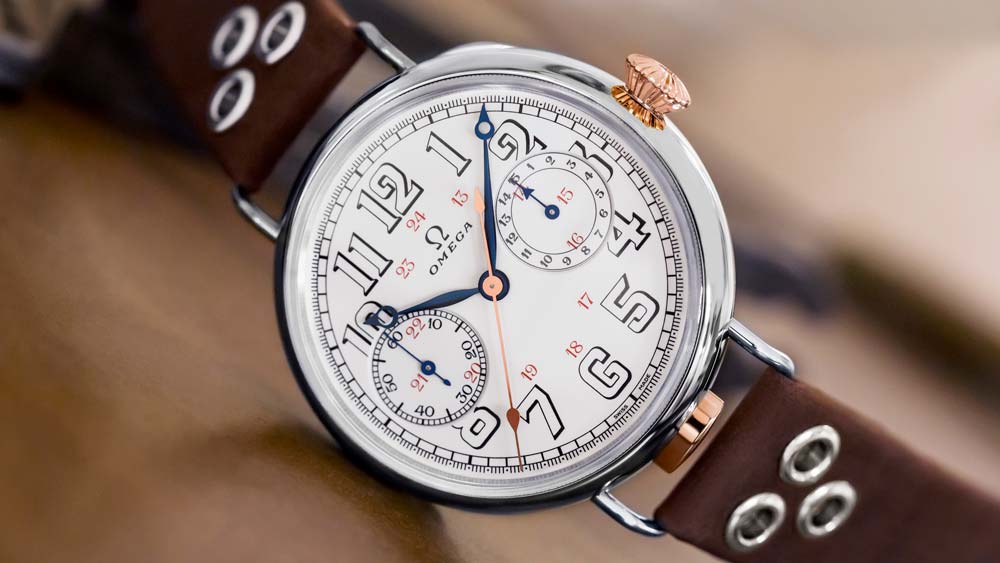 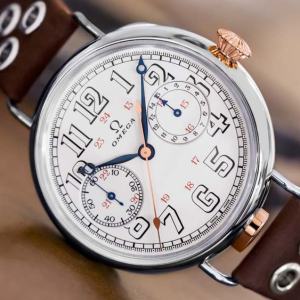 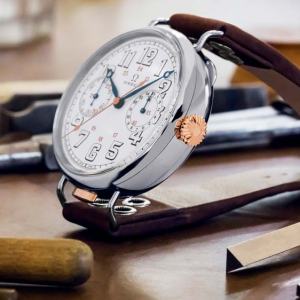 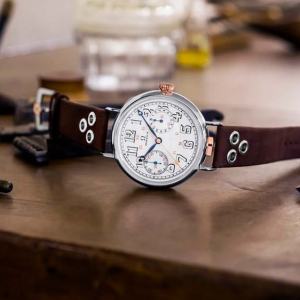 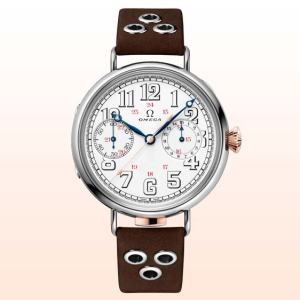 Omega has a very special limited-edition series on its hands. The Swiss watchmaker just unveiled its Omega Wrist-Chronograph Limited Edition watches (120,000 CHF each or $120,861 at current exchange), a highly collectible series of 18 timepieces that house original chronograph movements from 1913. To be clear, these are not reproductions of the vintage 18‴ CHRO caliber but rather actual archival movements that have been in Omega’s museum vaults for 105 years, offering a unique piece of history for the wrist.

At the turn of the century, Omega produced its first wristwatch in 1900, and in 1913 it debuted its first chronograph for the wrist. Just a year later, Omega’s wrist-chronographs were sold and advertised as military watches during the outbreak of World War I and delivered to the Royal Flying Corps. The chronograph movement, requiring several hundred hours of work, would remain in production for two more decades.

The process by which each movement was restored was meticulously considered to honor the caliber’s historical significance. Omega took great care to refurbish the pieces in the original machines used to create the movements in 1913. Because each movement is different, many of the small parts had their own distinctions, requiring Omega’s watchmakers to do separate calculations for each movement—all of which feature the original Omega logo, which was re-engraved for better legibility. The original serial numbers are also visible on the mainplate. The restoration process was further complicated because new jewels were needed in the movements, and they had to be rebored on the mainplate and bridges and needed to be tooled appropriately to work with the original pivots. The movements were then tediously decorated, including the finishing on parts that will remain unseen to the client and the mirror finishing on the mainplate and bridges.

The movements have been restored and fit into a large 47.5 mm 18-karat white-gold case with a Grand Feu enamel dial and an 18-karat Sedna gold crown and pusher. Staying true to the original timepieces, the wrist-chronographs were crafted with hinged casebacks to reveal the interior of the movement. The timepiece marries historical watchmaking with modern watchmaking in a way that is unrivaled by other watch brands seeking to capitalize on the current retro frenzy in the watch world. (Montblanc recently released a Montblanc 1858 Monopusher Chronograph that featured a derivative, but not an original, of Minerva’s historic 13.20 caliber developed in the early ’20s.) In a market where Omegas—particularly vintage ones—are a hot commodity, these new-ish timepieces will be coveted by collectors.