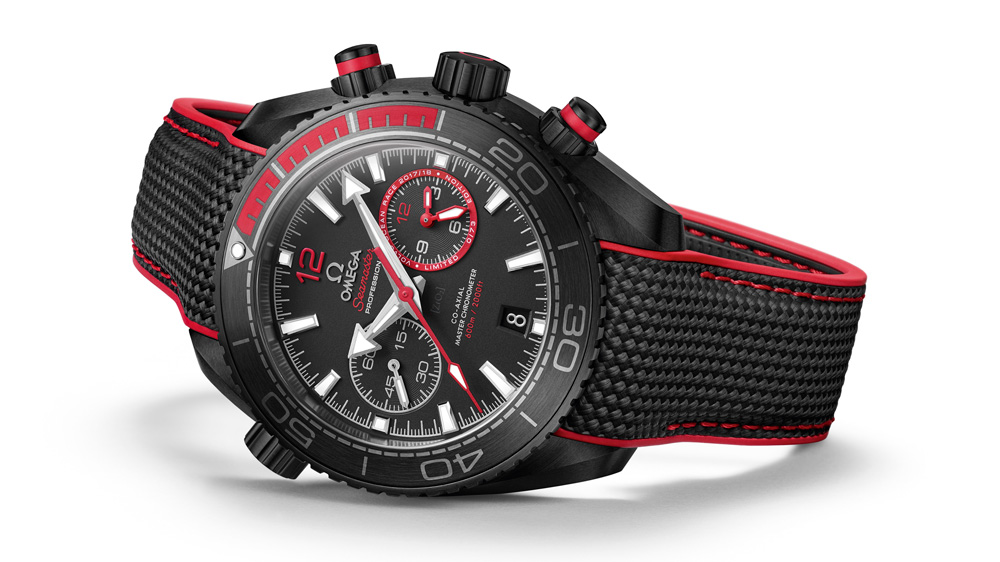 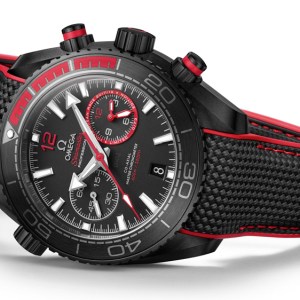 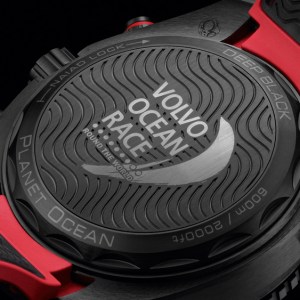 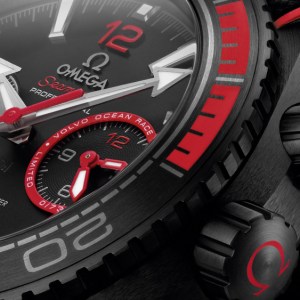 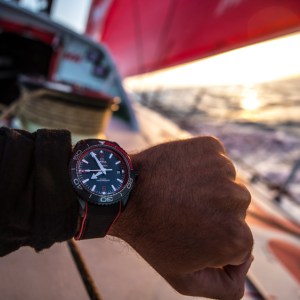 The Volvo Ocean Race is sailing’s toughest and longest offshore race, known for testing each sailor’s endurance to levels hardly seen in other sporting endeavors, with the exception of summiting Mount Everest. The athletes must endure some of the harshest conditions on earth for 45,000 nautical miles. Legs last up to 20 days straight and include continuous four-hour-long shifts of manning the deck at full speed on a 73.63-foot monohull racing yacht. To top it off, no money is awarded to the winner of the race—the reward comes in the prestige of having competed in the high-performance race for sailing’s top athletes. This year, however, the captain of the winning boat will be taking home a $12,200 Omega Seamaster Planet Ocean Deep Black timepiece.

Omega is no foreigner to extreme conditions—this is a brand whose timepieces have endured lunar landings, after all. Its new Planet Ocean Deep Black, limited commercially to just 73 pieces in honor of the year the Volvo Ocean Race was formed, is robust at 45.5 mm and is made from a single ceramic block. “It’s quite unusual in the watch industry,” said Jean-Claude Monachon, Omega’s vice president and head of product development. “You start with ceramic under a plexiglass so it doesn’t break. Then it goes in an oven for 24 hours at 1,400 degrees Celsius, and it comes out and shrinks by plus or minus 30 percent. So the piece in the beginning is really done by specialists, because if it comes out too small, I will have to throw it out and we must start over. If it’s too big, I have to machine the ceramic, and you can only do that with laser and diamonds.” The timepiece features a patent on the Naiad Lock system of the caseback, which allows it to be screwed in at a 110-degree angle so that the engraving, “Volvo Ocean Race,” remains upright. It also features an extraordinary water resistance of up to 2,000 feet.

“Hopefully, we don’t end up deep enough in the water so we’re actually testing what these watches can do,” quipped Volvo Ocean Race sailor and Omega ambassador Peter Burling. Referred to by sailing world experts as the Michael Jordan of sailing, Burling was in Newport, Rhode Island, along with fellow sailor and Omega ambassador Blair Tuke to unveil the watch last weekend before they embarked on Leg 9 out of 11 en route to Cardiff, England.

The New Zealand–born duo is known for competing together as a winning team and has been sailing together for a decade, but this time they have been competing against each other in their first-ever Volvo Ocean Race, with Burling as the helmsman and trimmer of Team Brunel and Tuke as the helmsman and trimmer of Team Mapfre. “It’s definitely different to be racing against Blair than with him, as we have in the Olympics and the America’s Cup, but both of us are a part of really cool teams,” said Burling. “Team Brunel has been really great, and I think Blair’s getting along well with team Mapfre at the moment. So it’s been really fun, and we share a lot of stories when we get back to port.” They may have plenty more to talk about once they cross the finish line in Cardiff. Mapfre finished Leg 8 in the lead in Newport, and at the time of publishing, Brunel was in the lead on Leg 9, with Mapfre in last place out of the seven total boats.

The difficulty of the nine-month-long race cannot be underestimated. Each of the seven boats carries seven to 11 sailors living in cramped quarters with one toilet, no shower, freeze-dried food packages, and just one change of clothes to get them through their arduous journey across the deep blue from port to port. But Burling and Tuke insist their crews aren’t at each other’s throats. “I think you build quite a strong bond,” said Burling. “You’re going through some incredibly tough and incredibly isolated parts of the world, and they’re the only people that you get to hang out with. Most of us, especially on our boat, have ended up being pretty good friends.”

Burling’s fellow crewmate and America’s Cup sailor on team Brunel, Kyle Langford, called it “zombie sailing” on one Instagram post, picturing a crew that hadn’t slept for 48 hours straight in freezing conditions. But he added, “If it was easy then everyone would be doing it . . . right?”

It’s a sentiment that could also be echoed in reference to the tediousness of creating high-end timepieces with complicated watch movements. As it turns out, these two ancient trades have a lot more in common than navigation. “It’s incredibly cool to be a partner with a company that has so much history,” said Burling. “They also share the same values as sailing—they want to innovate with their timepieces. For us, especially in the America’s Cup, it’s pretty similar to what we’re trying to do.”