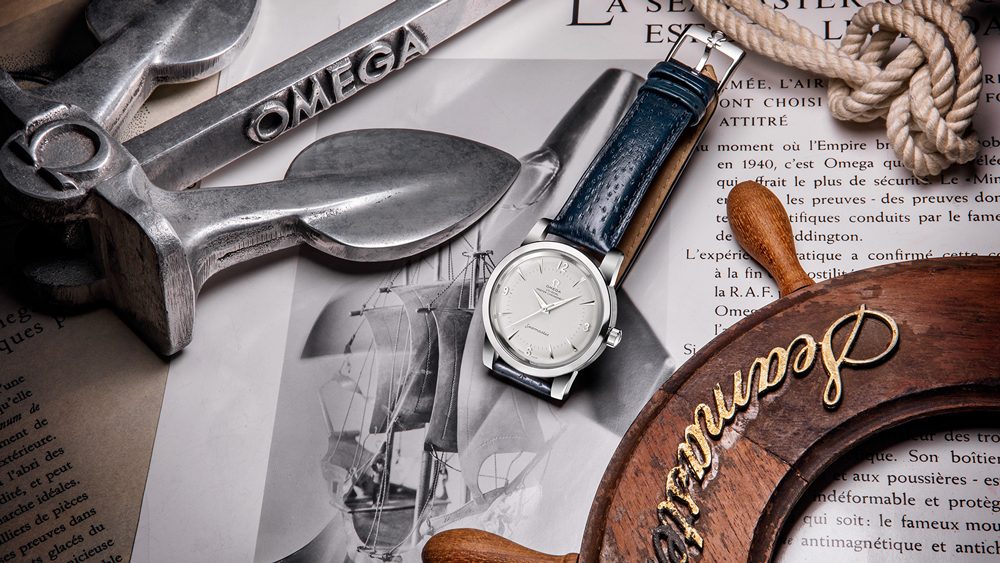 Two of the best looking, most wearable, and affordable timepiece introductions in 2018 were the steel Omega 1948 Seamaster Limited-Edition models, both priced under $7,000, that were created in tribute to the Seamaster’s 70th anniversary. Those were each limited to just 1,948 pieces and unveiled in March during the Baselworld watch trade show. Obviously, Omega knew it had a winner on its hands and now the watchmaker has just introduced two new platinum versions of the watch—one with a center seconds and one with a small seconds. Both watches are limited to just 70 pieces, this time celebrating the Seamaster’s 70 years instead of the year it was introduced.

The original models were actually created before 1948, having first been delivered to the Royal Air Force and other branches of the military between 1940 and 1945. Over 110,000 pieces were delivered to British airmen and sailors who valued the timepieces for their water resistance and reliability during wartime. Twelve watchmakers—known as the “Dirty Dozen”—supplied watches for the British Military of Defense during WWII including Omega, IWC, Jaeger-LeCoultre, Longines, Buren, Cyma, Eterna, Grana, Lemania, Record, Timor, and Vertex. Omega, however, supplied the largest number of timepieces.

At the end of the war, Omega decided to keep producing the timepiece for civilians—seven decades later its classic looks and reliability still prove desirable, especially in an era when retro-style (and actual vintage) models harkening back to the 30s through the 60s are back in style. Both the steel models and platinum models are more reliable than ever with METAS-certified Master Chronometer movements, which are tested at the industry’s highest standard to ensure the timepieces are resistant to magnetic fields of 15,000 gauss.

The new platinum models, which feature both a platinum case and platinum dial, are also distinguished by their 18-karat Sedna gold (Omega’s proprietary rose gold alloy) rotor, balance bridge and hands. These timepieces feature the caliber 8807 for the central seconds model (CHF 39,000 or $38,800 at current exchange) and the caliber 8805 (CHF 39,500 or $39,277 at current exchange) for the small seconds model. The central seconds version comes on a brown leather strap, while the small seconds comes on a hunter green strap. A commemorative caseback comes with all versions of the 1948 collection that comes engraved with “Seamaster,” “Limited Edition,” and the limited edition number. The sapphire crystal of the caseback is laser engraved and hand-lacquered with a 70th anniversary logo, a Chris-Craft boat, and a Gloster Meteor aircraft (the first jet plane used by the Royal Air Force) to commemorate the aviators and mariners who fought with Omega’s on their wrists during WWII. Each edition also comes with a soft brown leather collector’s box with additional straps and a strap changing tool.

The platinum versions present a pretty hefty hike in price for their precious metal and 18-karat Sedna gold, while looking very similar to the steel versions save for the gold hands and hour markers. But as the pool of Omega collectors grows and the prices of Omegas in the secondary market and at auction continue to climb, the limited number of platinum versions, will no doubt appeal to collectors hoping to get their hands on a piece they hope will climb in value over time.