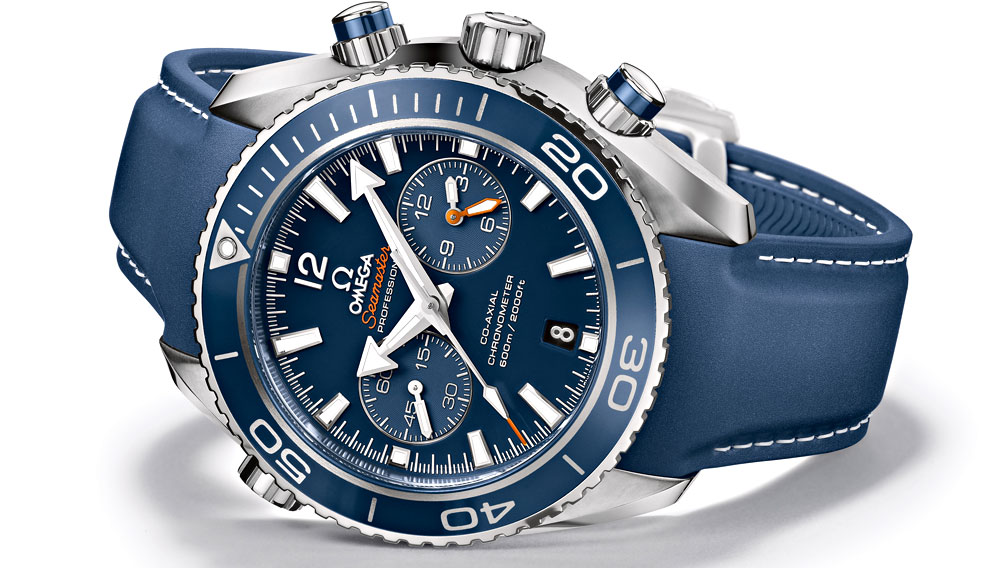 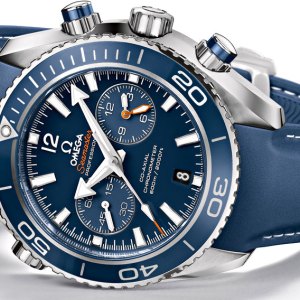 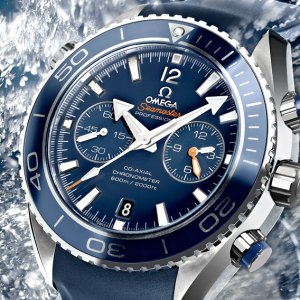 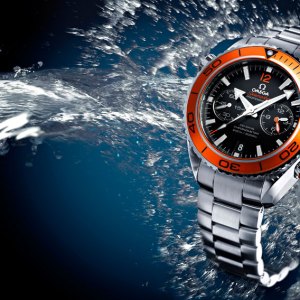 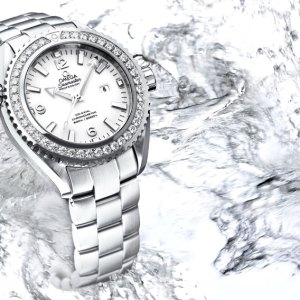 Six years after it introduced the Planet Ocean collection into its popular Seamaster family, Omega is diving deeper with 46 models ($5,700 to $33,000) outfitted with in-house movements featuring the brand’s Co-Axial technology and silicon hairsprings—all backed by a four-year warranty. A highlight among the 2011 debuts is the 45.50 mm chronograph powered by the new Calibre 9300/9301, a Co-Axial column-wheel chronograph with a free-sprung balance and a silicon hairspring. This novel chronograph is distinguished by two subdials, pairing hours and minutes on one dial with two hands and a 12-hour scale, allowing it to double as a second time zone function. “We wanted to put our top, state-of-the-art movement in this important line,” explained Omega president, Stephen Urquhart.

Another standout is the 45.50 mm Titanium Liquidmetal, which is available in both chronograph and three-hand models. Omega infuses the polished blue ceramic bezels with satin-finished Liquidmetal numerals and diving scale for a striking contrast. Blending the two extremely hard materials is so difficult that current production using Liquidmetal technology is very limited. Aside from its inventive diving watches, Omega is underscoring its passion for our oceans through a newly established partnership with environmentalist/filmmaker Yann Arthus-Bertrand, who will create a film raising awareness about the importance of protecting our oceans. (www.omegawatches.com)