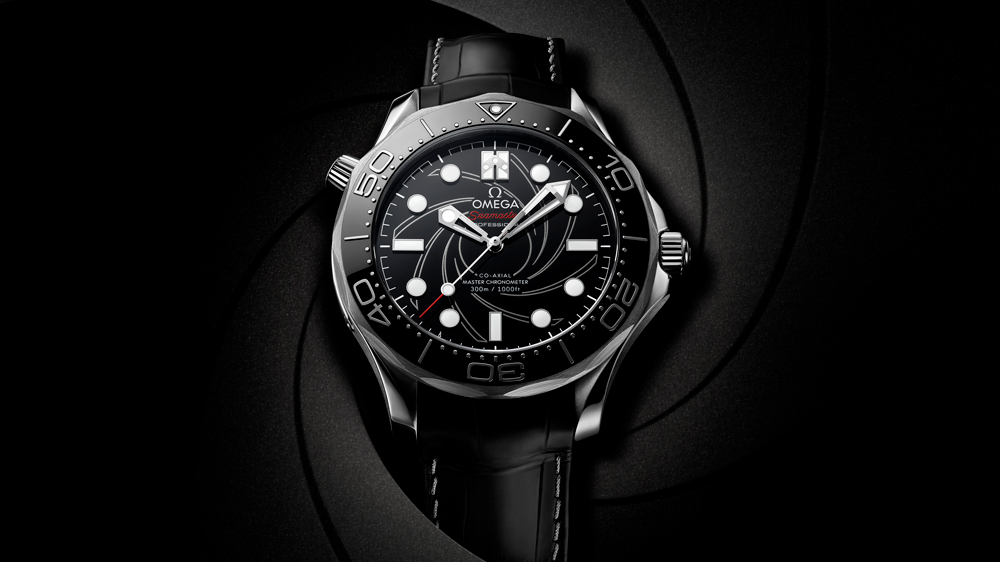 Ahead of the premiere of the latest 007 flick No Time to Die, set to hit the big screen on November 20th, Omega has launched an elevated new Seamaster for the secret agent. James Bond has been wearing a Seamaster since GoldenEye in 1995, but this time around the Swiss watchmaker created something special for collectors and movie buffs alike: a new platinum-gold edition of its Seamaster Diver 300M.

Last year’s version, created to celebrate the 50th anniversary of On Her Majesty’s Secret Service, also featured a spiraling gun-barrel dial, was made in steel and was limited to 7,007 pieces at $6,500. The new edition, which also comes with the number of each piece engraved on a plate on the side of its 42 mm case, was made in platinum-gold. It’s not a limited-edition, but it will set you back $51,900 (plus taxes). Put another way: That’s a $45,400 price hike, so while anyone will technically be able to get their hands on one, you can imagine there will be a very limited number that will actually make it onto a wrist.

That’s not where the differences between the two models end. The steel version from 2019 featured a hidden number 50 within the Super-Luminova index at 10 o’clock and the Bond family coat of arms at 12 o’clock—accents that remain on the new platinum-gold version. What’s new is that the hands and index markers have been changed from 18-karat gold to 18-karat white gold, the gun-barrel dial design is also etched in 18-karat white gold and it now comes with a leather strap with a polished-brushed buckle. (It also comes with rubber and NATO-inspired straps in case you want to switch it up for a sportier look.) It also does not come with a bracelet, which was offered on the steel version. The dial of the new version uses black enamel instead of black ceramic, although the bezel ring is ceramic, and the diving scale has been updated in platinum in a positive relief. Omega also took out the “7”, in a nod to the agent’s number, that was featured at 6 o’clock on the steel version, but has added a “007” just below the white circle index at 7 o’clock.

Flip the watch over and you’ll find the Omega Co-Axial Master Chronometer Caliber 8807 visible through the caseback. Its sapphire crystal glass also comes laser-engraved with a second coat of arms, which has been filled with platinum.

Housing the precious new Seamaster Diver 300M is its own Globe-Trotter suitcase, so that you can ensure your elite Bond edition stays appropriately enshrined. You may, however, want to keep it hidden in a safe in case any villains are looking to pirate your new possession.