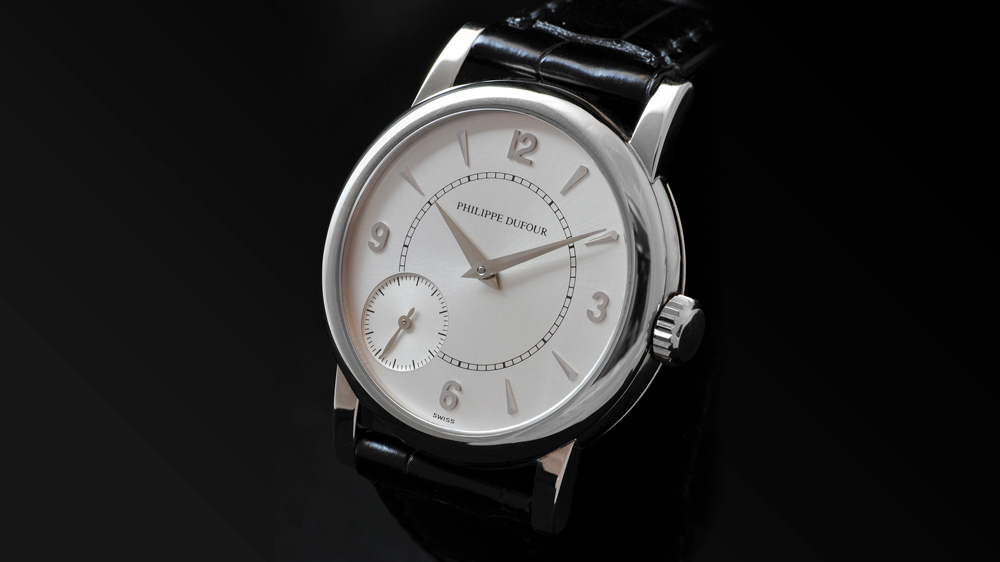 There’s nothing like a watch auction to stir the blood and get the adrenalin pumping. As a collector I’ve been fortunate to have had some great wins on the block, such as a Lange Double Split I bought at Christie’s in 2012 and a rare pink-gold example of the first-ever serially produced perpetual-calendar wristwatch, the Patek Philippe Ref. 1526, at Phillips in November 2016. There’s little that can compare to the feeling you’ve captured a bargain that really speaks to you. It’s dangerously addictive. But with some pieces, you know you’d better be prepared to go big or get blown out of the water.

Which brings us to that fateful evening of October 26, 2017: the Phillips/Bacs & Russo auction in New York, where the late Paul Newman’s personal Rolex sold for the mind-boggling record of more than $17 million. My wife and I were in the room that night—I wasn’t even remotely
a contender for that piece—and we watched with fascination as a telephone bidder immediately jumped the price to $10 million in an attempt to foreclose other potential buyers before losing out in a spirited battle.

I didn’t know it yet, but that under-bidder’s woes were about to become mine.

It was a long wait from Lot 8, the Newman, to Lot 47: a platinum Duality, Number 00, made by Philippe Dufour. If you’re interested in watches, you likely know of Dufour: the generally acknowledged Greatest Living Watchmaker, who, over four decades as an independent, has produced about 200 highly sought-after pieces. The bulk of these are the three-handed Simplicity. I’m fortunate to own one, but the Duality, of which only nine were made and which features a groundbreaking dual-balance design, is rarely available for purchase and is a true object of desire for indie collectors.

My bidding strategy involved finding a pal to team with, as the pre-auction low estimate was $200,000. Our agreement was that we would have usage rights over alternating six-month periods as well as a buyout mechanism that included the use of a pre-named appraiser, to be available to either after we had owned it for a set period. After agreeing on terms, my friend and I were keen to make our interest in the timepiece broadly known.

Among watch enthusiasts there is a bit of honor among thieves. It’s common for friends to forgo bidding on a watch if a member of the community has expressed a strong interest. I’d also talked with the specialists at Phillips to be sure they knew of our intent, not least so that auctioneer Aurel Bacs would be looking for my waving hand at the proper moment.

One side effect of going public was that several watch friends attended that night, to see the Newman but also to cheer me to victory. As Lot 47 was introduced, I looked over my shoulder at them, stuck my paddle under my leg and, after a quick kiss for luck from my wife, got ready to go. Two competing thoughts rattled round my mind: “I pray that we win!” and “I can’t believe I’m about to spend this much money!”

I felt like an emotional balloon had burst inside me. “Really?” I mouthed to a friend. My paddle dropped to the floor. I was out of the action before my hand even left my thigh. No victory celebration, not even a chance to play the game. The watch eventually sold for an eye-watering $915,000—as it turned out, to the frustrated Newman under-bidder, who obviously had money to burn.

So much for my hubris about bringing home a big one.