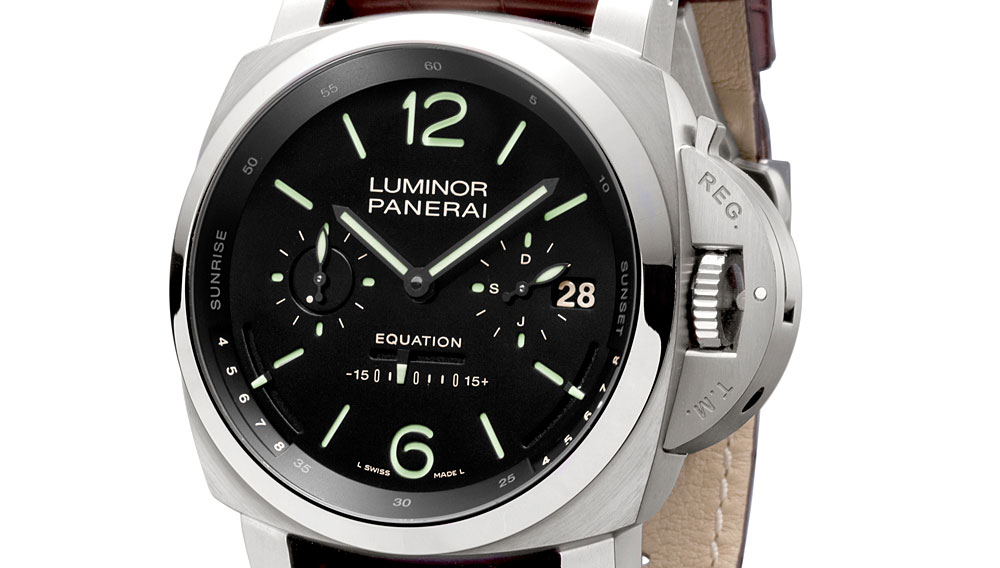 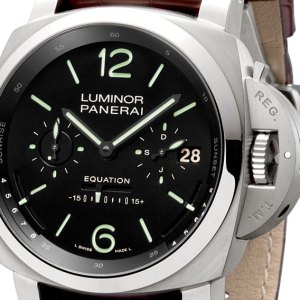 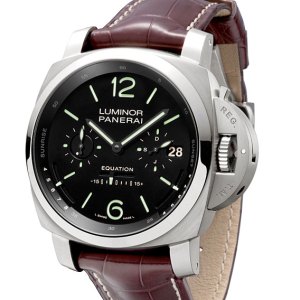 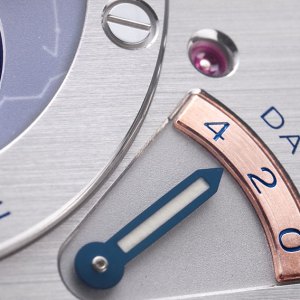 Panerai CEO Angelo Bonati is one of Galileo Galilei’s biggest fans. Last year, his brand sponsored a museum exhibit at Philadelphia’s Franklin Institute that featured, among other ancient instruments, Galileo’s telescope, which rarely leaves Panerai’s hometown of Florence, Italy. This year the brand pays another tribute to the father of modern astronomy with L’Astronomo, also known as the Luminor 1950 Equation of Time Tourbillon Titanio ($220,000-$265,000). The watch, which is the most technically ambitious piece that Panerai has ever produced, features a tourbillon, equation of time, a display showing sunrise and sunset times for the city of your choice, and an accurate star map of the night sky for that location, making each a unique piece as Panerai promises never to produce two for the same place. The sky map, which is visible through the sapphire crystal case back, rotates bi-directionally depending on the hemisphere, so you can admire the ever-changing landscape of the night sky even without a telescope. www.panerai.com