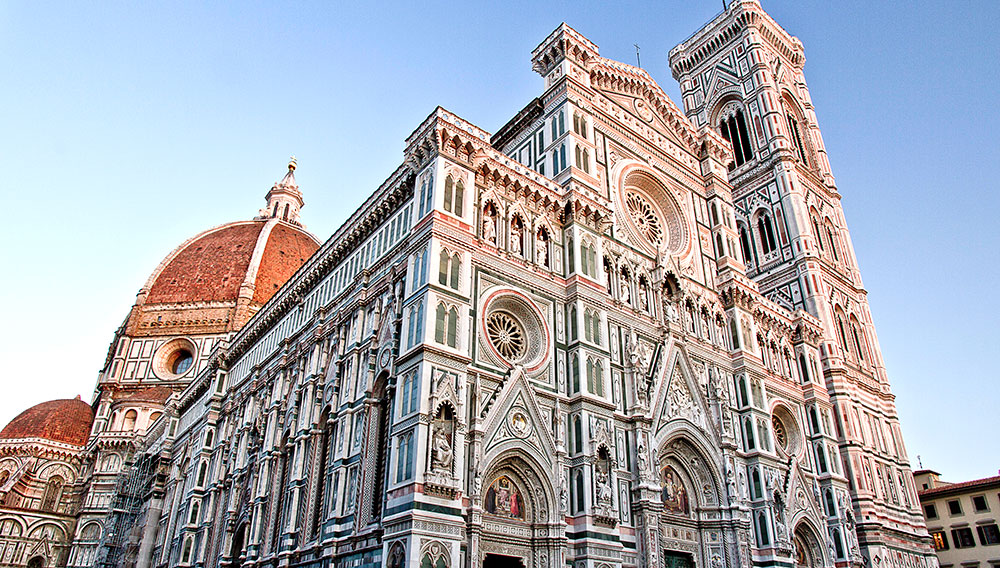 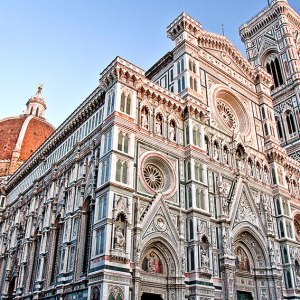 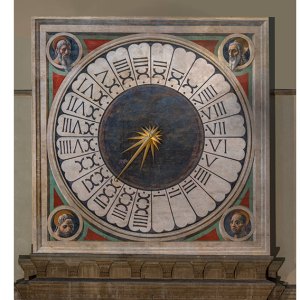 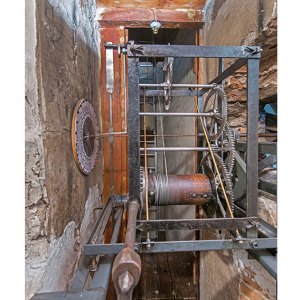 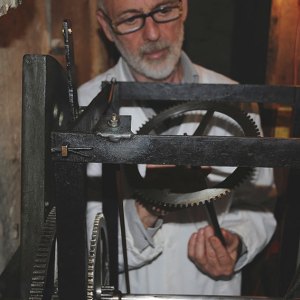 While time and tide may wait for no man, the same cannot always be said for historic timepieces. Such was the case of the famed 15th-century clock of Paolo Uccello, which was restored by horologists at Officine Panerai. Housed in the Duomo in Florence, Italy, since 1433, the seemingly timeless timepiece was beginning to show its age. Panerai, the Florentine watchmaking house founded in 1860, was tasked with the delicate detailing of the Italian treasure by the Opera di Santa Maria del Fiora, a centuries-old organization dedicated to preserving the Florence Duomo and its priceless contents.

Named after the Renaissance painter who decorated its dial—measuring 23 feet in diameter—with frescoes of four haloed heads, Paolo Uccello’s clock has sat above the church’s main entrance for centuries. But antiquity is not all that adds value, as it is also one of the few remaining clocks in the world to measure Italic time. Rather than starting the day at midnight and measuring it off in 12 hour-long increments, the Italic (or Julian) method begins each day at sunset and uses 24 hour-long increments. Clocks of this configuration have only one hand, which moves counterclockwise—counting backward from the 24-hour mark at the bottom. An inherent problem with this method is that as the actual time of sunset varies throughout the year, the clock must be recalibrated regularly to reflect the change.

Change in many forms has affected the Duomo’s clock over the course of its history. While little is known about the original mechanism created by watchmaker Angelo di Niccolo in 1443, the record of repairs begins in 1497 with Lorenzo della Volpaia (who later created the renowned planetary clock that displayed the movement of the other five planets known at the time). In 1688, the Opera di Santa Maria del Fiore exchanged the mechanism for a pendulum-based one, and watchmaker Giuseppe Borgiacchi swapped that out in 1761 for the movement currently inside. The steel and brass mechanism—hand-wound on a weekly basis—features a pendulum with a Graham anchor escapement and is gravity-powered with an 88-pound weight.

Last year, Panerai procured the expertise of professors Andrea Palmieri and Ugo Pancani, specialists in horological restoration at Florence’s Instituto Statale d’Istruzione Superiore Leonardo da Vinci. Taking apart the mechanism piece by piece, the two repaired hundreds of years worth of wear and removed the damaging accumulation of iron oxide and dirt—using turpentine and cyclohexane—before painstakingly putting it all back together. Once completed, Panerai’s team returned the restored heart of the clock to its rightful place within the Duomo—where time once again marches on. (panerai.com)