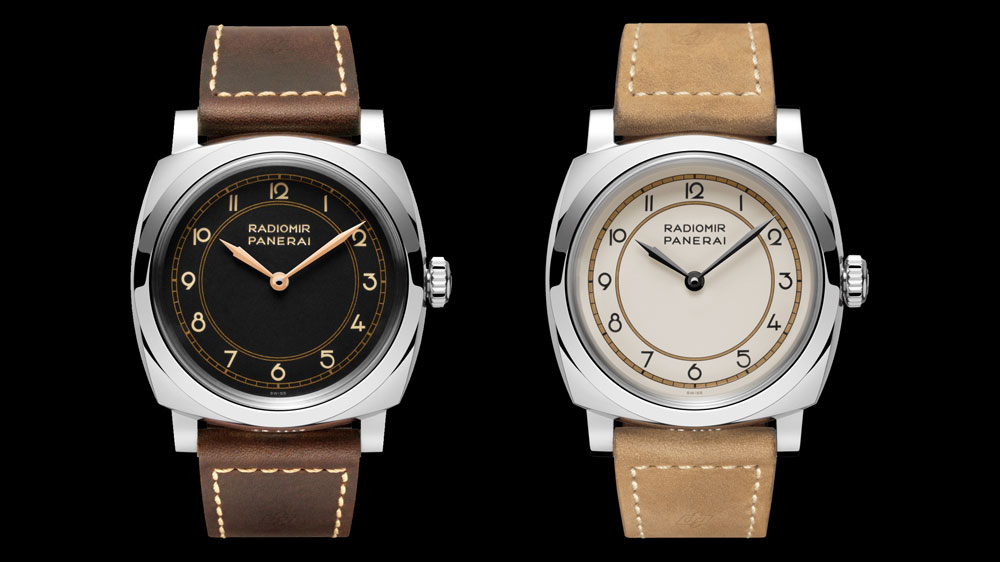 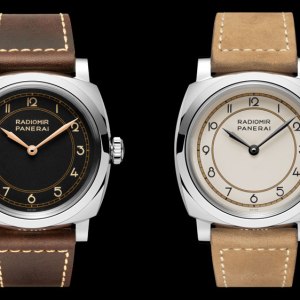 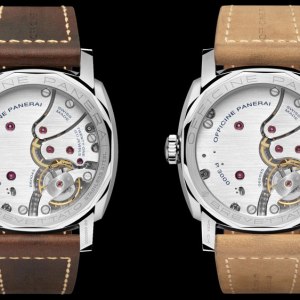 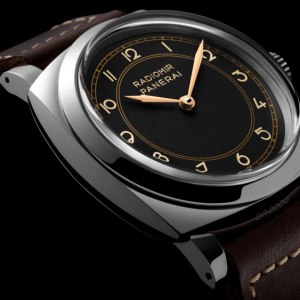 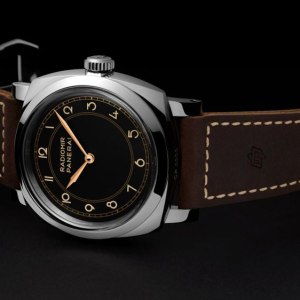 Most luxury watchmakers embrace a philosophy of gradual but continuous change—and none more so than Panerai, whose two core case shapes (Luminor and Radiomir) have spawned countless look-alike iterations since 1997. That’s when Compagnie Financière Richemont bought the Florence-based watch and instrument manufacturer and former supplier to the Italian Navy.

Available in two versions, ivory (PAM00791) and black (PAM00790)—each priced at $9,200—the watches stand out for their extreme simplicity and retro style. In addition to featuring Arabic numerals in a Deco-esque font, they boast tapered, spear-shaped hour and minute hands rendered for the first time in a Panerai design. Housed in a classic 47 mm Radiomir case of stainless steel, the pieces are powered by a hand-wound in-house movement with a three-day power reserve.

Also new this fall are three new Luminor Marina models, each boasting a power reserve of eight days. The hand-wound Luminor 8 Days Power Reserve Acciaio (PAM00795)—which comes in a 44 mm stainless-steel case on a brown leather strap and retails for $6,700—features Panerai’s signature black sandwich dial, so called due to its bottom luminous layer and the top layer with the numerals cut out. The dial displays a small seconds counter at nine o’clock and, for the first time, a power-reserve indicator at five o’clock.

The Luminor 8 Days Power Reserve Titanio (PAM00797) differs from the steel model in three subtle ways: Grade 5 titanium replaces steel in the case and the device for protecting the winding crown; the color scheme includes dark brown on the dial, a lighter shade of brown for the untreated leather strap, and beige for the Super-LumiNova markers; and it’s priced at $7,100.

The third Luminor introduction is for Panerai lovers who also happen to be southpaws. The Luminor Left-Handed 8 Days Acciaio (PAM00796), which retails for $6,900, is equipped with a winding crown at nine o’clock, allowing easy access to anyone who prefers to wear the watch on his or her right wrist. (Left-handed timepieces are part of a long tradition at Panerai, which began manufacturing the models for the Italian Navy’s elite frogmen in the 1940s. Some preferred to wear the watch on their left wrist so it didn’t interfere with their other wrist instruments, including a compass and depth gauge.) The power-reserve indicator for the hand-wound movement is visible through the porthole on the back.

All three new Luminor 8 Days models are water resistant to a depth of approximately 300 meters and come with a second strap made of rubber and a small steel screwdriver for easy replacements.