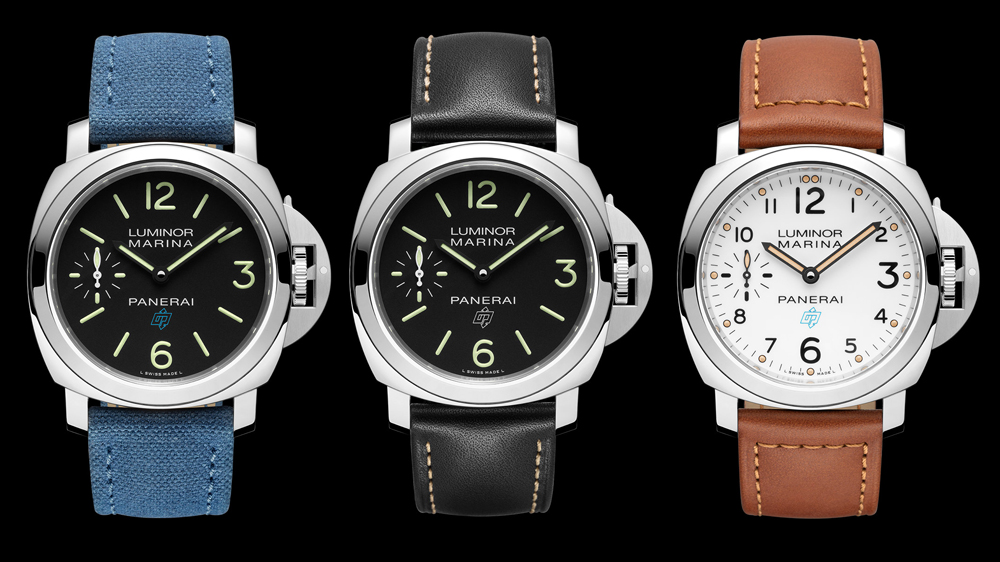 Panerai just unveiled a new collection of its Luminor Logo model that, starting this month, will only be available on the watchmaker’s e-commerce site. The new collection includes three Luminor Base Logo 3-Days Acciaio models and three Luminor Marina Logo 3-Days Acciaio styles. The announcement comes at a time when many watch brands are trying to drive sales to their digital verticals, and it’s the second time Panerai has launched a U.S. e-commerce exclusive collection.

The collection has its roots stateside, as it’s the first one launched during the brand’s first introduction to the U.S. market and is one of the first watches to be offered on the commercial market by Panerai in the 1990s. Despite its 158-year history, Panerai had previously only made timepieces for the Royal Italian Navy and, for a period of time, the Egyptian Navy. Panerai first created Luminor—a self-luminous substance to replace its radium-based, patented Radiomir—in 1949 with the first Luminor watch following in 1950, which saw the introduction of the crown-protecting bridge for which Panerai’s commercial timepieces have become widely known.

The Luminor Logo introductions are updates to the model that launched Panerai’s successful business in the late ’90s under CEO Angelo Bonati, who retired from his role this year after 21 years at the company (18 of which he was CEO). So it’s fitting that his final introductions for 2018 would be new takes on the watch that made Panerai into the global business it is today.

The highlight of the new 44 mm Luminor Logos is that they all contain Panerai’s new manually wound in-house caliber P.6000, featuring three days of power reserve, from the company’s Neuchatel manufacture. (Previous movements in this model were made by ETA.) While the timepiece does not feature an open caseback to view the movement, it features the inscription “Officine Panerai Firenze 1860” to honor the year Panerai was founded.