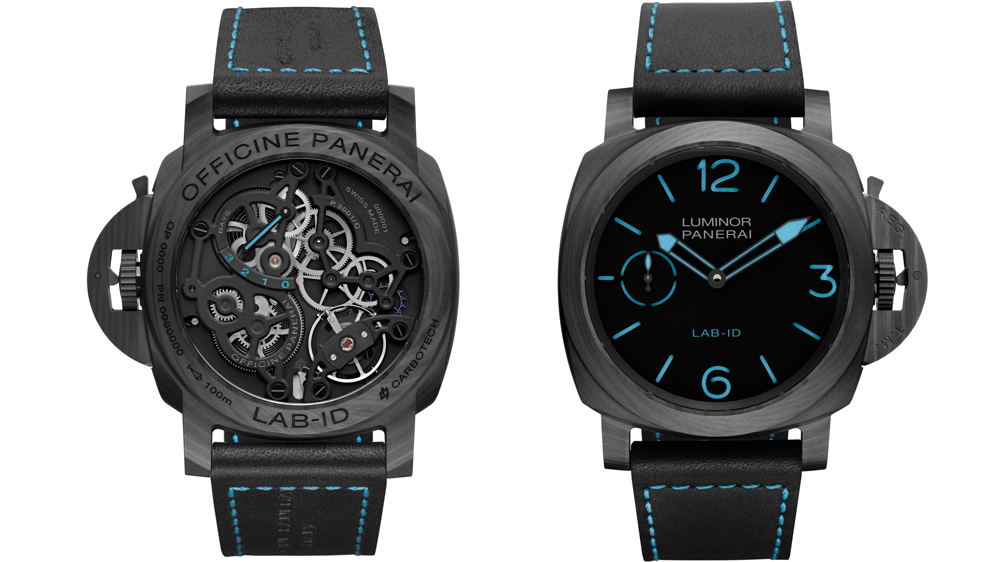 Officine Panerai’s CEO, Angelo Bonati, sees the company’s latest timepiece as a technical milestone. “The Lab-ID is the beginning of a whole program of advanced technology innovations for Panerai,” says Bonati, referring to the Lab-ID Luminor 1950 Car­botech 3 Days (panerai.com). “This is by far the most technically advanced watch we have ever made.”

Indeed, it is an oil-free wristwatch, backed by an impressive 50-year guarantee. “The Lab-ID is the first watch that has brought such an advanced usage of the new carbon technologies to watchmaking,” says Bonati. Although Panerai’s sister companies Jaeger-​LeCoultre and Cartier have undertaken similar efforts, their attempts have yielded six-figure timepieces or noncommercial concept watches only; Panerai’s Lab-ID, by contrast, is a 50-piece limited edition that sells for about $53,000.

Technically, the Lab-ID does stand on the shoulders of other companies that proved the efficacy of silicon parts and diamond-like carbon (DLC) coatings in providing long-lasting, low-friction solutions for critical pivot points. Panerai treats the more than 60 points of lubrication in the watch with DLC coating, as well as other carbon-based materials. That said, the Lab-ID might be considered an experiment in the broad uses of carbon both technically and aesthetically. It contains movement plates and bridges in low-friction carbon nanotube and tantalum carbide, which eliminate the need for many jeweled pivots. The sandwich dial is coated with a mixture of carbon nanotubes for an ultrablack effect, and the Carbotech case is made with carbon fiber laminated with a high-end hypoallergenic polymer.

The Lab-ID’s massive amount of technical content is evidence of a progressive approach at Panerai, which values advancement as much as design heritage. “It has been our brand identity from the beginning,” says Bonati, “to always continue looking forward in the world of innovation while holding onto our roots in Italian design.”