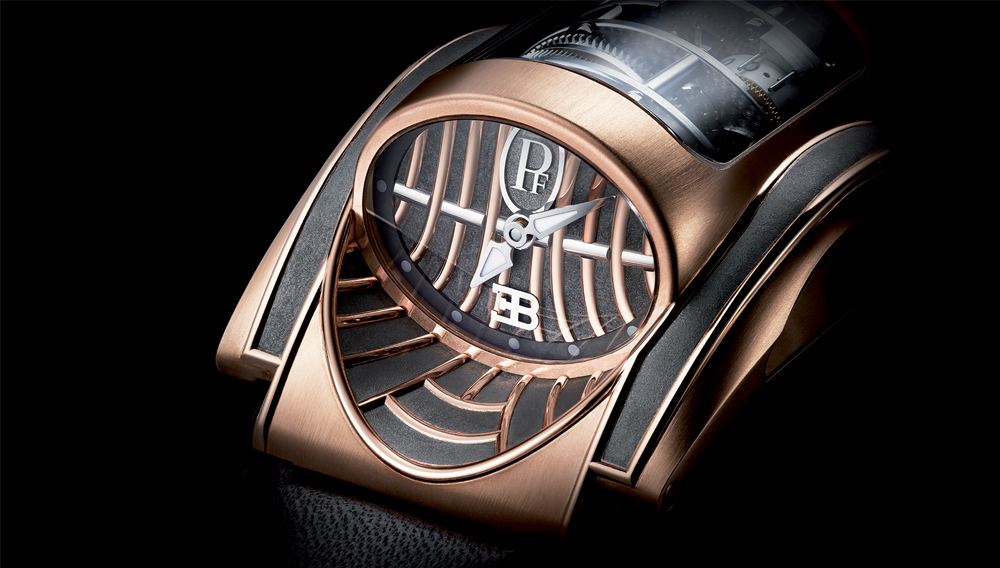 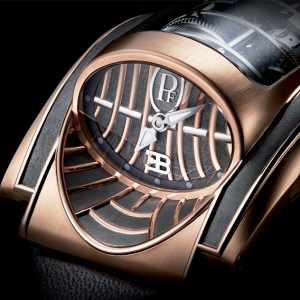 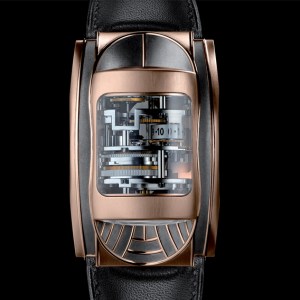 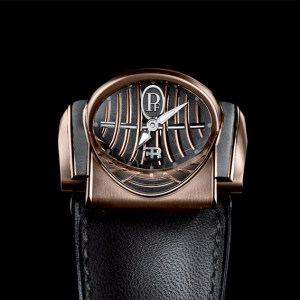 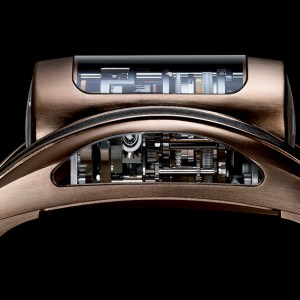 In 2004, the Swiss watchmaker Parmigiani Fleurier inaugurated its partnership with the supercar manufacturer Bugatti by introducing the Bugatti Type 370, an avant-garde wristwatch with a horizontally oriented movement. In celebration of this decade-long relationship, Parmigiani has created three new limited-edition variations of that original watch, the first of which, the Bugatti Mythe, debuted recently.

Like the previous entries in the series, the movement powering the Mythe is horizontally oriented, with its gears and plates contained within a tubular case running across the wrist. This unique arrangement also allows the watch’s timekeeping display to be horizontally oriented, giving drivers the ability to check the time without needing to take their hand off the wheel. This fascinating movement is put on prominent display with crystals on the front and back of the watch as well as its sides.

The limited-edition Mythe takes its styling cues from the legendary Bugatti Type 57. The watch’s gray anthracite dial is decorated with an interwoven pattern of lines in rose gold, which recalls the bold, art deco design of the historic vehicle’s grille. The contrast between these two materials is a nod to Bugatti’s reputation for seamlessly combining industrial prowess with artisanal quality. Two barrels store enough energy to power the watch for up to 10 days, with the remaining running time displayed on a rotating drum visible through the watch’s front crystal.

The Parmigiani Fleurier Bugatti Mythe is priced at $500,000 and will be followed in the coming months by two other limited-edition watches: the Bugatti Victoire and the Bugatti Révélation. (parmigiani.ch)