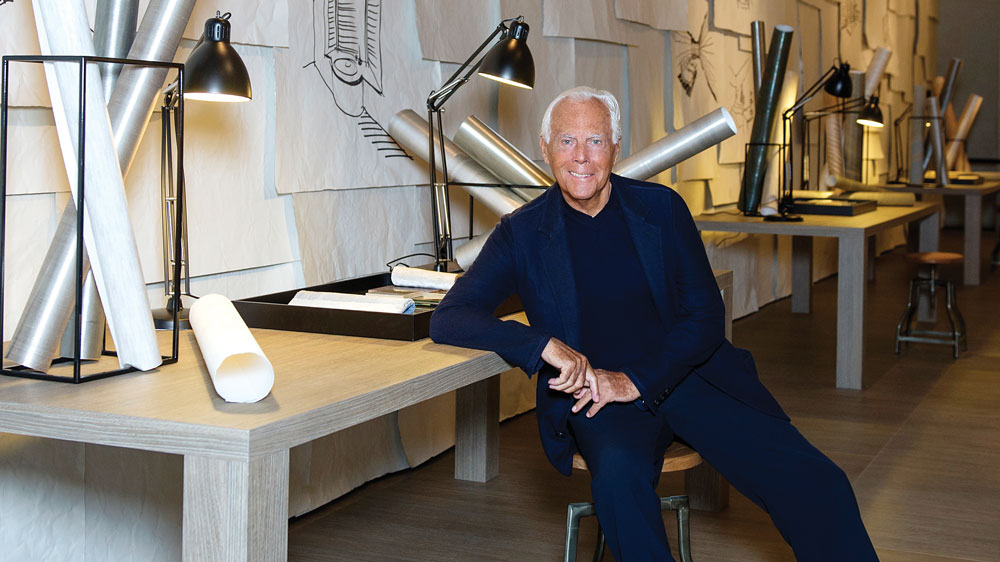 Italian fashion titan Giorgio Armani and one of Switzerland’s most esteemed watchmakers, Michel Parmigiani, are teaming up for a new collection of timepieces.

Many ready-to-wear brands have dipped their toes into timekeeping, with some relying predominately on quartz movements to power pieces less expensive than one of their jackets or handbags—Gucci, Fendi and Versace, to name a few—while others like Hermès, Chanel and Louis Vuitton have tapped Swiss experts to create high-end innovative mechanical movements. (Michael Navas and Enrico Barbasini of Louis Vuitton’s watchmaking division honed their craft under Gerald Genta at Patek Philippe.) And though few details have been released about Armani’s plans for the lineup, they are said to be numbered pieces, which indicates limited production. Alongside Parmigiani’s high-horology chops, it suggests Armani is aiming for the top.

“Mr. Parmigiani and Mr. Armani have met in the past and have a huge respect for one another, and Mr. Armani is a known watch aficionado,” Parmigani CEO, Davide Traxler, told Robb Report. That’s not the only thing they have in common. Parmigiani and Armani both have roots in Milan. The watchmaker’s father was from the Italian capital and his mother is from the Dolomites; they met and raised Parmigiani in Switzerland. And despite his Swiss upbringing, Parmigiani says he owes some of his aesthetics to his Italian heritage.

Although the duo remains mum on the direction of the new collection, you can expect it will be in line with Armani’s sophisticated and minimalist DNA and will most likely include both men’s and women’s pieces, in keeping with the label’s offering. And given his penchant for using plenty of navy and grey in his ready-to-wear and couture pieces, there will, we imagine, be some blue dials housed in steel or white gold. What we do know is that all of the pieces will be handmade in Parmigiani’s manufacture and they won’t be released until November 2021.

Why are they breaking the news a full year in advance of the release? “We wanted to announce the agreement now, as it is in Michel Parmigiani’s vision to share our know-how, craftmanship and experience with all partners interested in high-end watchmaking,” says Traxler, suggesting they aim to partner with more brands in the future. “As you know our movement manufacture, Vaucher, also serves some of our most recognized colleagues. In this case, the Parmigiani Fleurier brand brings our high-watchmaking credentials to serve the design genius of Giorgio Armani.”

Parmigiani will also be celebrating his 70th birthday next year, so you can also expect some new anniversary timepieces to come from his namesake brand.