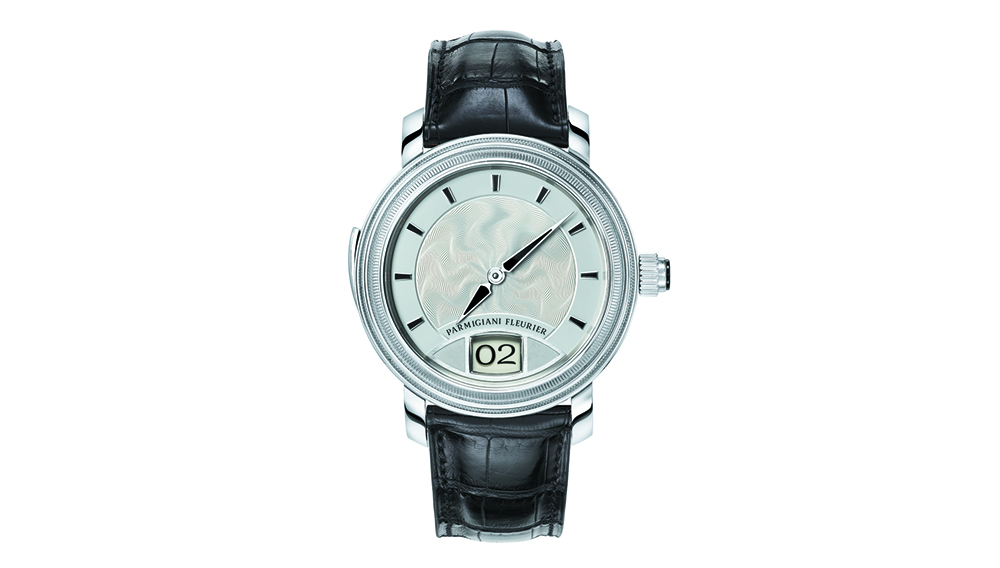 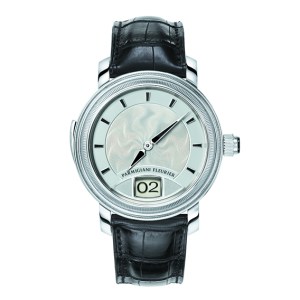 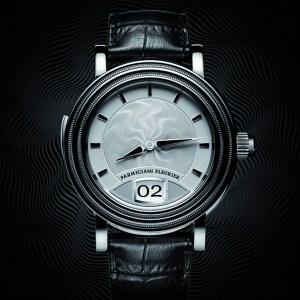 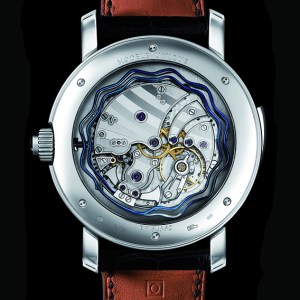 The oversize instantaneous date display that adorns the dial of Parmigiani Fleurier’s Toric Resonance 3 (price upon request) is perhaps the new watch’s most eye-catching feature, and it also proved a major technical hurdle for the manufacture’s movement designers. Though Parmigiani has created large date displays in the past, the Toric Resonance 3 is the first of its timepieces to combine such a display with an instantaneous jump feature—a mechanism that immediately switches the date at the strike of midnight. Because the rotating disks on which the dates are printed are so massive, they posses more inertia than those found on traditional, smaller date displays, meaning that it takes much more energy to start—and especially to stop—their rotation. Parmigiani overcomes this obstacle in the Toric Resonance 3 by employing a twin-cam system that releases and then subsequently brakes the rotating date-display disks in less than 0.01 second.

In addition to the date display, the Toric Resonance 3 features a minute-repeater function that is engaged via a slide located on the left side of watch’s white-gold case. Visible through its rear crystal, the watch’s snakelike blued-steel cathedral gongs wrap around the movement’s outer edge twice (gongs need only circle the movement one and a half times to be considered true cathedral gongs), giving them a deeper, more resonant tone when ringing out the time.

Though these sophisticated complications will capture the attention of serious watch aficionados, the Toric Resonance 3’s beautiful guilloche-engraved lacquered 18-karat-gold dial is sure to attract the eye of horological neophytes as well. (305.260.7770, www.parmigiani.ch)