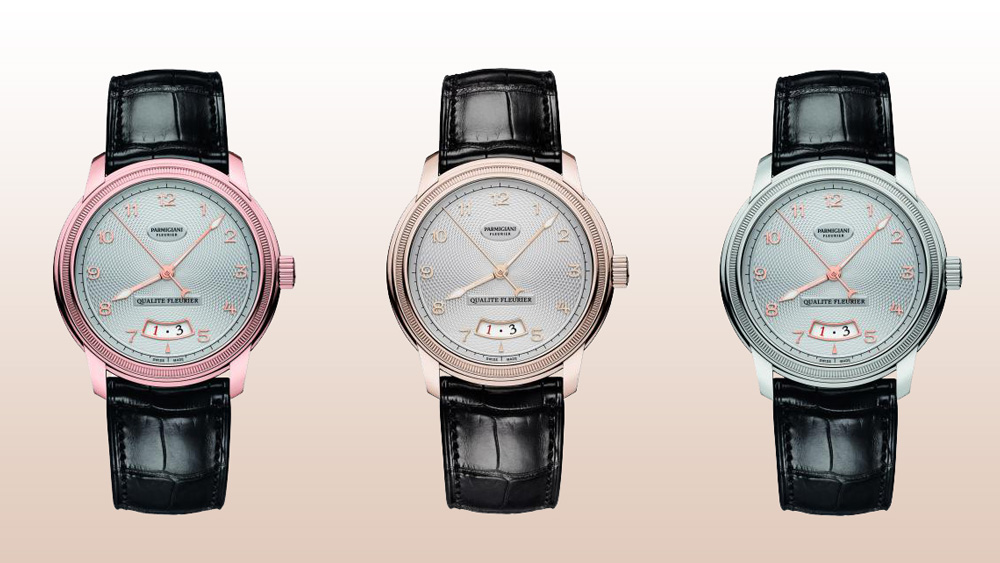 Parmigiani Fleurier’s first-ever timepiece created by watchmaker Michel Parmigiani, the Toric, has received a new stamp of approval. This month, a new Toric ($24,500) is being introduced with the Qualité Fleurier certification—the only type of certification in the watch industry that takes into account the whole watch and not just the movement. Nestled in the scenic Swiss Alps in the idyllic town of Fleurier in Switzerland’s Val-de-Travers, the Fleurier Quality Foundation, founded 14 years ago, rigorously tests the watch’s movement and the reliability of its rate and certifies the high-quality craftsmanship of every single tiny component of the timepiece.

The Qualité Fleurier certification, a five-step process that takes up to six weeks, is a particular point of pride for Michel Parmigiani. The creation of the machinery that does the testing took a decade to create. “Very few pieces receive the Qualité Fleurier certification because it’s certifying quality the way a car manufacture like Ferrari would,” says Parmigiani. “The Qualité Fleurier is the F1 of watchmaking. We do everything to assure a certain level of perfection. But it’s not possible to do it for the entire collection—it’s too expensive because a certain number of watches must be sacrificed to do the crash tests. Like the F1, we learn all the information we can about the watches through these tests, and ultimately it improves the quality of our timepieces in general.”

Chopard, Bovet, and Vaucher also certify their watches through the Qualité Fleurier Foundation. A certain number of timepieces must be submitted from each model in order to undergo the testing. If a watch is limited to 200 examples, the foundation requires 20 timepieces of the model to be tested, which means the whole process is a very expensive endeavor and the timepieces that receive the certification come with a price tag to match.

So what kind of assurances does the Qualité Fleurier certification offer the client? The first step is assuring that the timepiece is 100 percent manufactured in Switzerland, which means that every single tiny component must be sent for verification with a certificate of origin. Secondly, the aesthetic quality of the movement is scrutinized. Metal, technical ceramics, and precious or avant-garde materials must be used, and a decorative finishing must be visible on the maximum thickness of the movement’s plate or bridge as well as the main recesses. Everything must be beveled and polished to perfection. The third step certifies that the movement is COSC-certified (Contrôle Officiel Suisse des Chronomètres, the Official Swiss Chronometer Testing Institute). A Chronofiable test follows, which tests everything from the ageing cycle and shock resistance—done through a series of 18,000 small shocks—to temperature testing and a shock test that simulates a fall on a hard surface, as well as pendulum impact testing. Finally, the watch is given a Fleuritest in which it is put in a robotics simulator that re-creates human movement for 24 hours, from putting on a pullover to jogging and other ordinary, everyday activities. (You might be amazed at how much movement you create in a 24-hour period with your wrists and body when it is mimicked in a piece of machinery.) In the end, each watch that has passed the test is issued a certificate specifying the individual number on the movement and case.

Some of the incredible craftsmanship on the Toric include its decorative knurling technique on its case, which has been created by hand by artisans on every Toric produced since 1997, and a hand-guillochéd dial that also highlights Parmigiani’s superior craftsmanship through a rice grain pattern, which is enhanced by solid gold appliqués and javelin-shaped hands—all of which are now Qualité Fleurier certified.