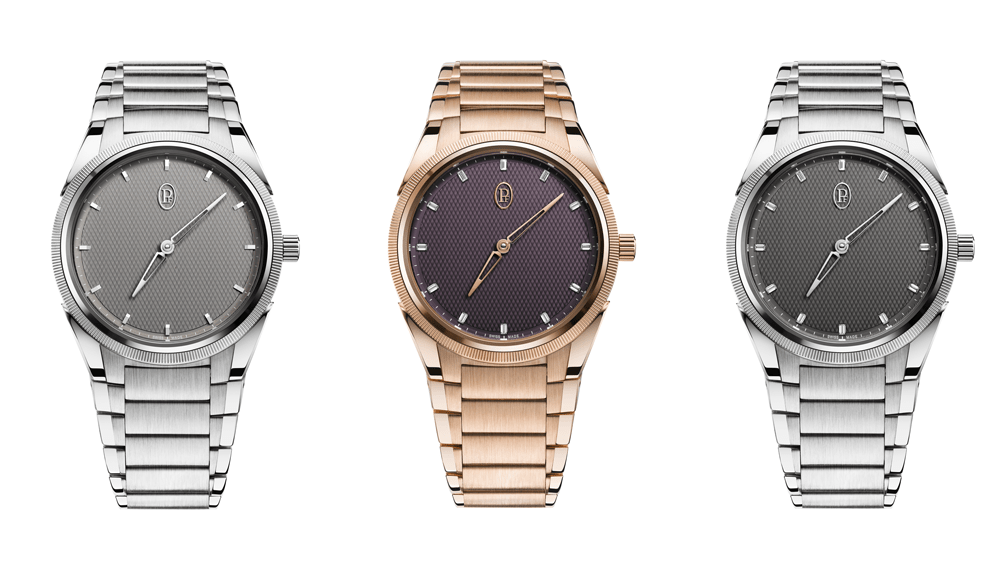 Parmigiani Fleurier, the once quiet but always well-regarded watchmaking brand, has been on a roll since CEO Guido Terrini took the helm. The watch executive, who spent the last two decades positioning Bulgari as a major player in the horological space, is having a second act that’s looking equally promising. While the high level of watchmaking from the movement to the finishing is thanks to the brand’s founder and master watchmaker, Michel Parmigiani, the company’s new direction in terms of design and strategy is largely under Terrini’s direction. And it’s helping the brand to get the kind of recognition it deserves. The company currently has a total of five watches up for nominations at the upcoming GPHG (Grand Prix D’ Horlogerie De Genève, or “The Oscars of Watchmaking”), slated for November 10. One of those pieces, nominated for the Ladies’ category, is the 36 mm Tonda PF Automatic released today.

But despite being pegged into the Ladies’ category and the brand mostly promoting it as a women’s watch, thanks to its minimalist design and its 36 mm case size it’s ultimately as unisex as they come. In our opinion, that’s exactly why it will likely be solidified as a brand classic. Robb Report was offered a firsthand glimpse of the watch in the metal last month and can report that it’s one of the most exciting launches in recent memory for those with small wrists but an oversize appetite for refined luxury. And the new Tonda PF Automatic ticks both of those boxes, in addition to housing the kind of watch expertise worthy of its five-figure price tag.

Three iterations are available: a polished steel version with a platinum 950 knurled bezel whose Silver Sand-colored dial has hand-applied 18-karat gold rhodium-plated indices ($20,400); a similar but subtly different iteration also in polished steel with a platinum 950 knurled bezel, but with a Warm Grey dial and hand-applied rhodium-plated indices set with 12 baguette diamonds ($27,500); and a polished and satin-finished model in 18-karat rose gold with a Deep Ruby dial (it reads more as eggplant than ruby in person) and hand-applied rhodium-plated indices set with 12 baguette diamonds ($54,800). The Silver Sand version will, no doubt, be the first to fly off shelves thanks to its non-blingy indices and the fact that steel appeals more widely across the board. But even the pieces with diamonds are executed so tastefully that the gems offer more twinkle than flash. The elegance and sophistication of all three will appeal to all sexes but if we are talking specifically about women, this is a much-needed and elevated alternative to other smaller-diameter watches with a unisex vibe.

Each piece features Parmigiani’s signature delta-shaped hands hovering over Grain d’Orge guilloché dials. All come with sapphire crystal casebacks for a view of the manufacture automatic winding movement and its 22-karat gold winding rotor. With 60 hours of power reserve and 100 meters of water resistance, these are “daily wear” watches—and only those in the know will be aware that what’s on your wrist is a cut above your friend’s requisite trendy hype watch.

Based on what we’ve heard about how the other Tonda PF models are doing at retail, we suggest you ring your local AD now if you want to put your name down for one.