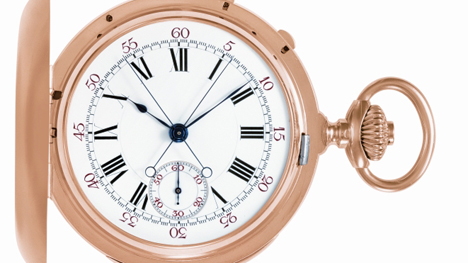 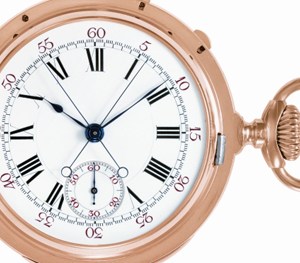 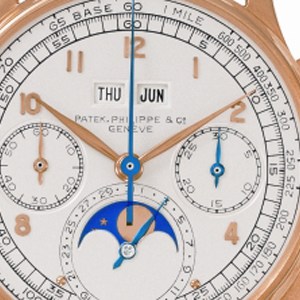 Patek Philippe is hardly the most approachable company in Switzerland. Its reputation as the consummate traditional watchmaker goes hand-in-hand with its status as the most primly Calvinist of any company in Geneva. Combined with the dramatic price appreciation seen in some of the brand’s models, these factors do a remarkable job of tightening the collar buttons of all who enter the Patek Philippe sphere.

But aficionados and collectors who actually make their way to Geneva can obtain a startlingly intimate look at the brand and the family that owns it just by visiting the Patek Philippe Museum—an experience that is open to the public for a nominal fee. However, most of the visitors who venture onto the premises, which was inaugurated in 2001 in Geneva’s central Plainpalais district, don’t really have a complete notion of what they are seeing. On the surface, the Patek Philippe Museum appears to be exactly what it purports to be: a brand-oriented watch museum, albeit much better appointed than any other in Switzerland. It is, in fact, the personal collection of the company’s 69-year-old owner and CEO, Philippe Stern.

From a watch collector’s point-of-view, Stern’s position and privileges are enviable in the extreme. The inheritor of one of Switzerland’s greatest watchmaking legacies, he absorbed a knowledge of watchmaking and history that might take an ordinary collector several lifetimes to amass. As importantly, the Stern family’s position at the forefront of Swiss watchmaking circles has lent him instant respect and credibility, assets that can be far more useful than mere wealth in the acquisition of rare pieces.

Yet for all he has inherited, Stern’s interest in collecting is largely his alone. “My father collected just a few pieces,” he says. “I didn’t start to buy pieces seriously until around 1965.” The “few” pieces his father Henri possessed amounted to some 120 antiques, including many fine enamel (non-horological) miniature portraits, such as the work of 17th-century French master Jean Petitot. Stern, by contrast, chose to concentrate on Patek Philippe watches, which at that time were far easier to find than they are now.

“I had three criteria,” explains Stern. “The first was the case and the overall quality; the second was something interesting from a technical standpoint, like a new movement; and the third was artistic interest, such as engraving or enameling.”

Today, Stern’s collection numbers some 2,800 watches, two-thirds of which are usually displayed in the museum. Among his acquisitions are a number of original watches by Abraham-Louis Breguet, as well as examples from the Fabrique, a collective term for the flourishing of artisanal decoration in 17th-century Geneva.

“I’ve always been attracted to pieces with technical innovation,” Stern says matter-of-factly. “I spent a long time looking for the watch with the first hairspring.” Stern’s calm and quiet demeanor when explaining his collection speaks to his lifetime involvement in the business. The Stern family originally owned a dialmaking concern in Geneva, and purchased Patek Philippe in 1932. Stern’s father spent many years in the United States developing the business there. The younger Stern, who was an avid skier and sailor in his youth, assumed control of the company as general director in 1977. “It was always understood that I would be part of the business,” he says. In fact, he has been grooming his son, Thierry, in a similar manner, giving him increasing levels of operational control over the last several years.

Stern’s acquisition of significant timepieces stepped up during the mid-1980s, when he decided that the collection would eventually be housed in a museum dedicated to portable timepieces. Alan Banbery, director of Patek Philippe’s commercial department, became a key asset, as he actively researched, acquired, and vetted potential candidates for Stern’s collection. Stern and Banbery’s partnership proved to be extraordinarily significant, not only for the collection, but for the entire brand. Banbery is one of the foremost authorities on Patek Philippe and its production. His 1989 book, Collecting Patek Philippe Wristwatches, became a catalyst for the emerging community of wristwatch collectors. By offering a comprehensive and reliable catalog of watches and production figures, the book gave collectors a clear picture of the relative rarity of the pieces they held or sought. The information became the most critical element to the valuation of preowned timepieces. Collecting Patek Philippes was no longer a hobby, it was a market.

The broad run-up in prices for Patek Philippe watches, especially at auction, has become a central feature of the brand, reinforcing its status as the bluest of blue-chip watch companies. Stern’s own collecting in the midst of this activity has attracted controversy. Observers on the Internet and even in the traditional media have speculated that Stern’s participation in watch auctions has artificially inflated prices. Original manufacturers and their principals regularly participate in themed auctions, however. Stern, with his staff of experts and watchmakers, is unquestionably the best informed and equipped, and therefore the most formidable Patek Philippe collector, but his impact on the market is impossible to quantify exactly. The notion is also mitigated by the pains Stern has taken to direct the company’s high complications into the hands of legitimate collectors, rather than speculators.

Watch collecting, when pursued on a serious level, can be an extremely competitive pastime. And although Stern had many advantages as a watch collector given to him as a birthright, the Patek Philippe Museum is a monument to both Stern’s personal ambition and achievement in the field. Such qualities only rarely penetrate the veil of Genevan reserve. “I’ve sailed with him in the Bol d’Or [Geneva’s annual cross-lake regatta],” says Thierry Stern. “Usually when our boat is halfway across, we’ll see him already coming back on the return leg.”