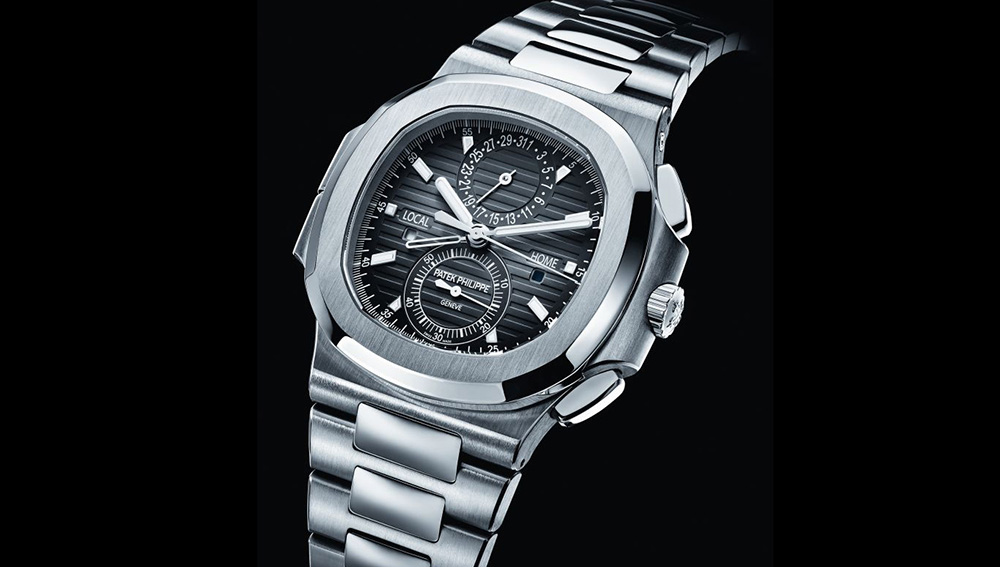 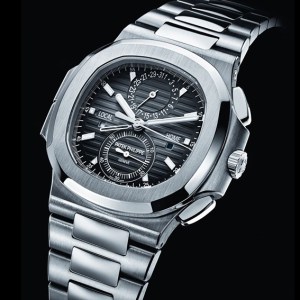 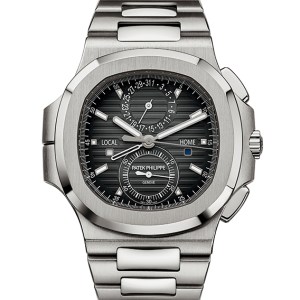 The new Patek Philippe Nautilus Travel Time Chronograph is the first watch in the company’s 38-year-old Nautilus collection to include both GMT and chronograph functionality. Though the new watch varies little from the classic, rugged Nautilus design—it retains the distinctive porthole shape and embossed horizontal striping the line’s dials are known for—the inclusion of both a chronograph and GMT has required the creation of entirely new movement.

Two pushers on the right side of the watch’s case are used to set the second time zone, which can be adjusted both forward and backward. Once set, the home time is tracked via a skeletonized hour hand, while the local time is displayed by a solid hour hand. When the home and local time are the same, the two hands are superimposed one over the other and appear as a single hand. Two apertures on opposite sides of the watch’s dial, marked “Local” and “Home,” use the white and blue to indicate daytime or nighttime, respectively, in each time zone.

The watch’s chronograph—a complication that made its first appearance in the Nautilus collection in 2006 to celebrate the line’s 30th anniversary—is displayed on a 60-minute subdial located on the lower half of the dial. The pushers used to operate the mechanism are cleverly camouflaged on the left side of the watch’s case, preserving the lines that the Nautilus collection is known for. The Nautilus Travel Time Chronograph is available for $57,300. (212.218.1240, www.patek.com)