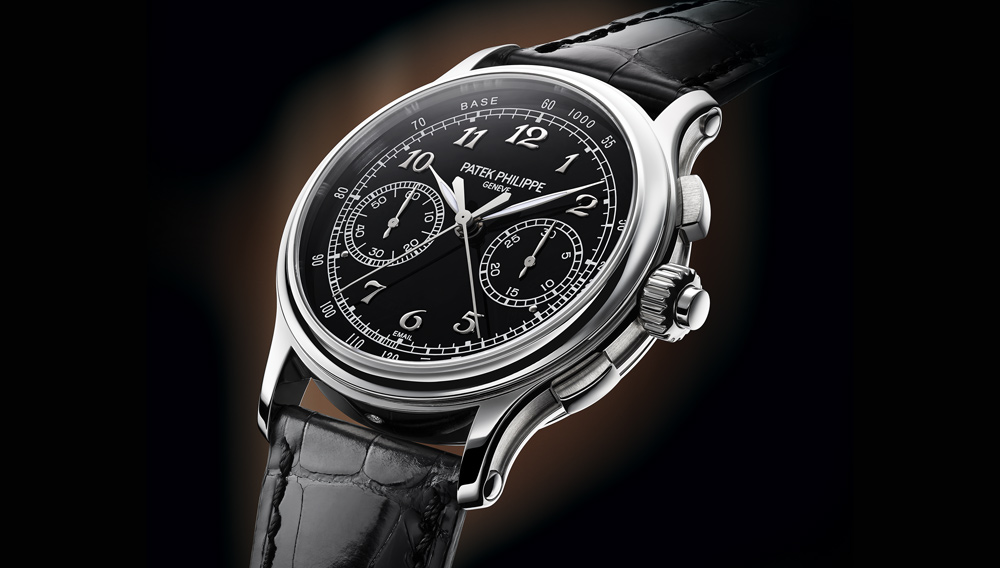 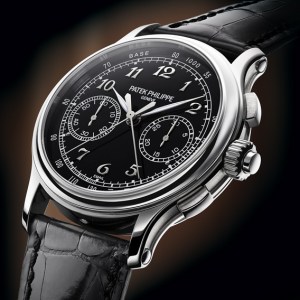 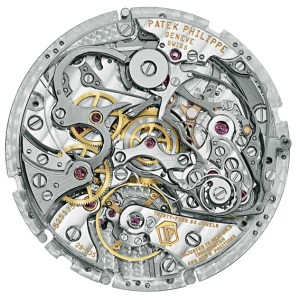 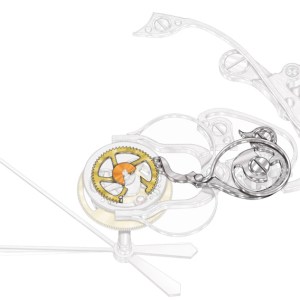 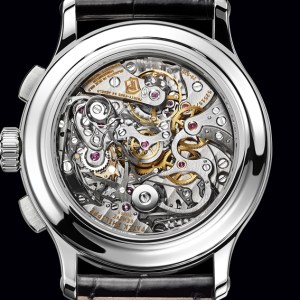 “The difficulty in building split-seconds chronographs is right here,” says David Bonilla, Patek Philippe’s new technical manager in New York, as he produces a cross-section diagram of the company’s newest CHR 29-535 movement. “Chronographs already have a long pivot fitted inside the pinion for the hour and minute hands. In a split-seconds chronograph, this has to be drilled out and an even longer pivot is fitted inside. When you apply the force of the wheels, these pivots can easily bind up.”

Split-seconds chronographs—particularly those from Patek Philippe—are coveted by collectors for their rarity and complexity, but not all of them understand why this specialized elaboration of the chronograph mechanism is considered a high complication, or why examples can command prices three to five times higher than those of the best simple chronographs. The explanation involves finishing perfection, manual dexterity, and a considerable amount of ingenuity as Patek Philippe has evolved the mechanism to a more efficient design.

Probably the most critical part of a traditional split-seconds chronograph is the connection between the chronograph and rattrapante (split seconds) hands and the pivots on which they turn. The connection is at the tip of the long, coaxial pivots, on the other side of the movement from the hands themselves. When the chronograph is running, a lever and roller connected to the rattrapante wheel at the end of its pivot rests in the cleft of a heart-shaped cam attached to the chronograph wheel so that both hands move together. One drawback of the old system is that when the rattrapante pusher is engaged to record an intermediate time—closing the clamps that can clearly be seen on the movement back—the roller has to move all the way around the cam, creating extra drag that affects the amplitude of the balance. And any amount of drag increases the task of the watchmaker, who must adjust the movement for accuracy in every phase of operation.

This drag was the first thing Patek Philippe’s developers sought to eliminate when they designed the well-regarded ref. 5004 perpetual calendar split-seconds chronograph in the early 1990s. Like all traditional chronographs of the time, it utilized a modified chronograph base movement from Vallée de Joux maker Nouvelle Lemania, but the split-seconds mechanism was designed in-house. “We reached back in history and saw there was a system that gave the watch more amplitude when the split is engaged,” explains Bonilla. “The isolator system that pulls the roller away from the heart cam was completely proprietary.” It was also quite difficult to build. The isolator system was driven by a curving, six-spoked “octopus wheel” that had to be fabricated by hand. Not only were its undulating surfaces mirror polished, the spokes had to be perfectly identical in length to properly engage the isolator.

Just a few years after the release of the 5004, Patek Philippe began a major chronograph development program that would replace all the supplied base movements with state-of-the-art, in-house calibers. One of the first movements to be designed was an ultrathin split-seconds chronograph, a piece intended as a top-end complication but that would also serve a second purpose as a testing ground for new mechanism ideas.

Since the brief stipulated a watch as thin as possible, the movement designers dispensed with the isolator construction that added height. Instead they tried a new idea, a dragging minute counter, as a means to stabilize the friction in the movement and its effect on the watch’s amplitude. “There’s a part similar to a friction-based pinion that allows you to set your watch while it runs,” adds Bonilla. “It exchanges one point of friction when the chronograph is running for another when it is off, so the drag on the movement and the amplitude is stable regardless.”

Patek Philippe’s ultrathin movement, which debuted in 2005 in the ref. 5959 and later released in the steel 5950 in 2010, contained other innovations like a refined gear-tooth profile for smooth chronograph engagement. The movement, however, was designed for a lavish amount of finishing and adjustment—comparable to that of a minute repeater—which precluded it from larger production. The lateral-clutch base movement that appeared in late 2009, on the other hand, was meant to be the backbone of the traditional chronograph collection, gradually banishing the Lemania movement from production. It, too, possessed the new gear-tooth profile, and when it appeared in the new ref. 5204—a perpetual calendar split-seconds chronograph intended to replace the 5004—it displayed a completely redesigned split-seconds mechanism. The new system was released as a plain split-seconds chronograph, ref. 5370, this year.

Since Patek Philippe’s development team planned to work with its new base movement, it brought back the efficient isolator system, but with a number of key modifications. The laboriously produced octopus wheel was discarded in favor of a lever-shaped isolator that offers more efficient functioning. A new roller configuration also produces more positive contact with the heart cam and more precise movement of the rattrapante seconds hand as it snaps back in line with the chronograph seconds hand.

Despite the technical advances evident in Patek Philippe’s evolution of the split-seconds complication, many collectors who see these watches through the prism of investment value may be prone to seize upon ease of production as a forbidding byproduct of these developments. Rarity is the reason examples of the discontinued (and verifiably rare) ref. 5004 achieve much higher prices than the ref. 5204 that replaced it. Bonilla, however, asserts that despite the changes, there is still an enormous amount of hand adjustment and finishing on new parts like the mustache spring that closes the pincers on the company’s latest split-seconds mechanism. “This is one of the worst, as it is all hand formed and finished,” he adds. “If you file it incorrectly or apply too much of the wrong tension, you have to start all over again.”