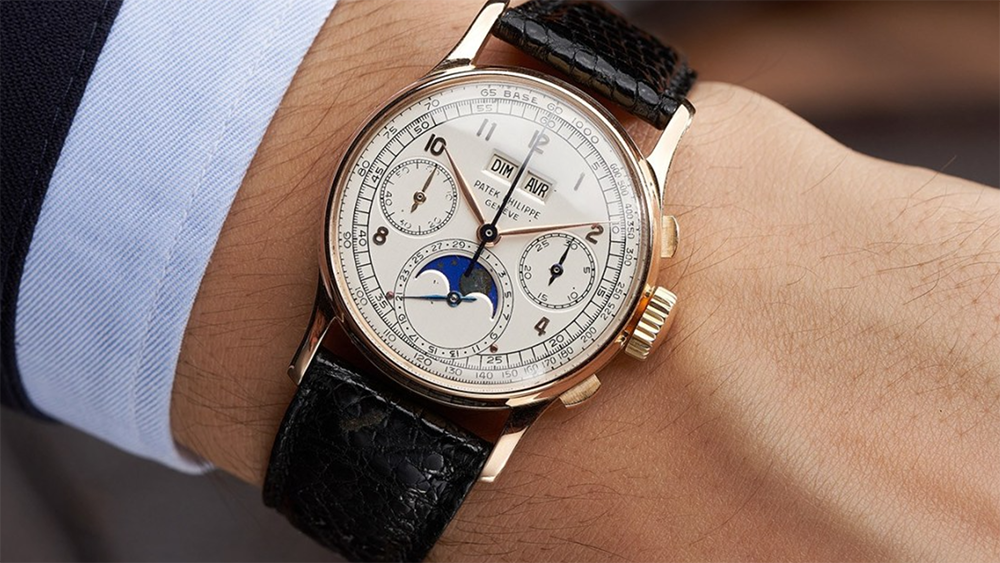 Phillips is pulling no punches with its upcoming watch sale. The auction house is sending what is considered the most groundbreaking Patek Philippe reference in horological history under the gavel in Geneva this November.

Introduced in 1941, Ref. 1518 was the world’s first wristwatch to be powered by a serially produced perpetual calendar chronograph. Up until that point, the intricate movement was reserved for larger pocket watches, but Patek found a way to squeeze it into a more diminutive case and forever changed watchmaking.

“The importance and historical relevance of Patek Philippe’s Ref. 1518 cannot be highlighted enough,” Alexandre Ghotbi, Phillips head of continental Europe and Middle East director, told Robb Report via email. “It is a gem of engineering and design that set the blueprint not only for all subsequent perpetual calendar chronographs from Patek but for many that followed.”

The Swiss watchmaker made just 281 models in a scant production run of roughly 14 years. Most were finished in yellow gold, but a very small portion (58 of the existing examples) were given pink-gold cases. The timepiece in question is part of the coveted “pink 1518” club. Made around 1950, the 35 mm rarity is in “stellar condition,” according to Phillips. It retains its original “blank” crown, the lugs are full and the band’s satin finish still has plenty of shine. The hallmark is nice and crisp, while the pinholes for removing the bars remain well-defined.

To top it off, the dial still features all its original enamel graphics with detailed engravings. That’s rare, to say the least. Rarer still is the fact that the day, month and moon discs are the originals from the 1940s. All three have the full movement number etched on the back, which is another anomaly considering at least one would usually be changed in service.

The watch’s impeccable condition is largely due to its provenance. It has been residing in an important private European collection for almost two decades. It last appeared at auction in 2005, following two other sales in the early ‘90s. It makes sense, then, that it’s expected to fetch between $807,000 and $1.6 million at the Geneva Watch Auction: XVI.

The sale, which will take place at La Réserve Geneva on November 5 and 6, includes a yellow-gold Patek Philippe Ref. 2499, a selection of Rolex Daytonas, three exceptionally rare watches by George Daniels and a unique Zenith. Decisions, decisions.