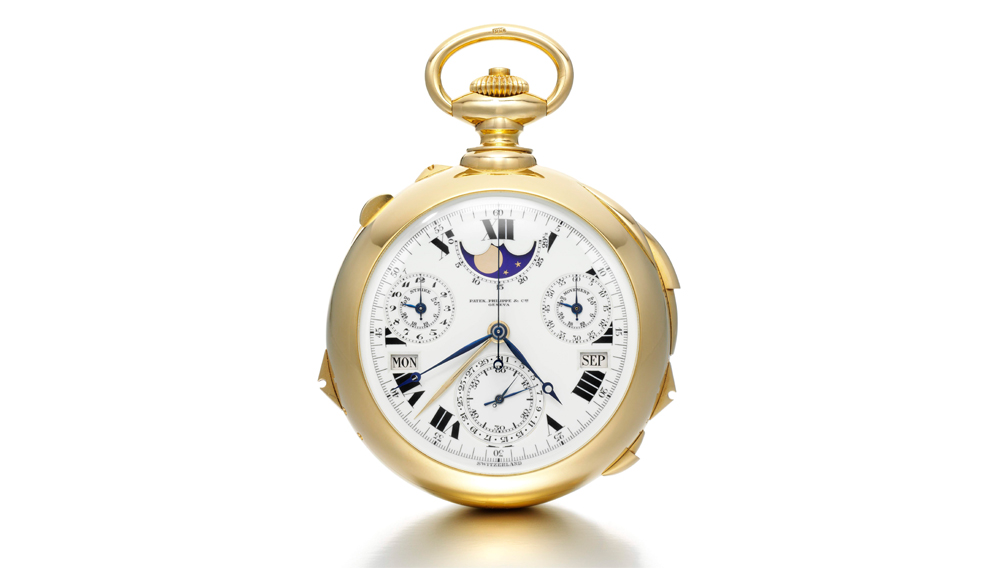 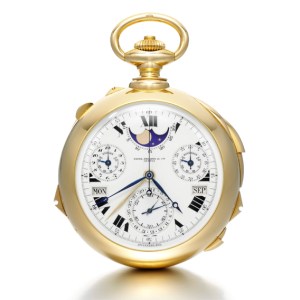 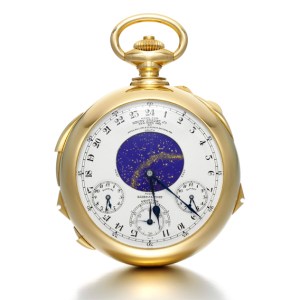 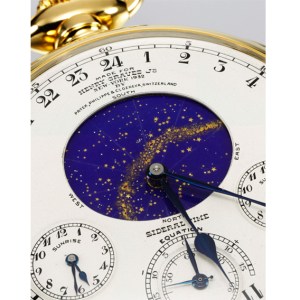 Perhaps the most significant timepiece ever created, the Henry Graves Supercomplication will cross the block on November 11 at Sotheby’s Important Watches sale in Geneva. Conceived and built by Patek Philippe for the New York banker Henry Graves, the pocket watch has the distinction of being the most complicated hand-built watch ever made.

Commissioned in 1925, the Supercomplication required three years of research and development and another five years for Patek Philippe’s technicians to construct it. The resulting pocket watch, which is 2.9 inches in diameter and about an inch and a half thick, packs a remarkable 24 horological complications within its 18-karat-gold case—including a split-seconds chronograph, a minute repeater with Westminster chimes, a moon-phase indicator, a perpetual calendar, a sunset and sunrise indicator, and a display that tracks the stars over New York. The front side of the watch displays solar time, while the back displays sidereal time, determined by the movement of the stars.

When Henry Graves purchased the pocket watch in 1925, he paid an impressive sum of about $15,000—the equivalent of about $200,000 today. In 1999, Sotheby’s brought the watch to auction for the first time; it then carried a presale estimate of $3 million to $5 million. Much to the shock of the auction house’s specialists, the watch ended up selling for $11 million, setting a new record for the most expensive timepiece sold at auction. This November, Sotheby’s will once again offer the Supercomplication for sale, this time with a presale estimate of nearly $16.5 million—almost ensuring another broken record. (www.sothebys.com)