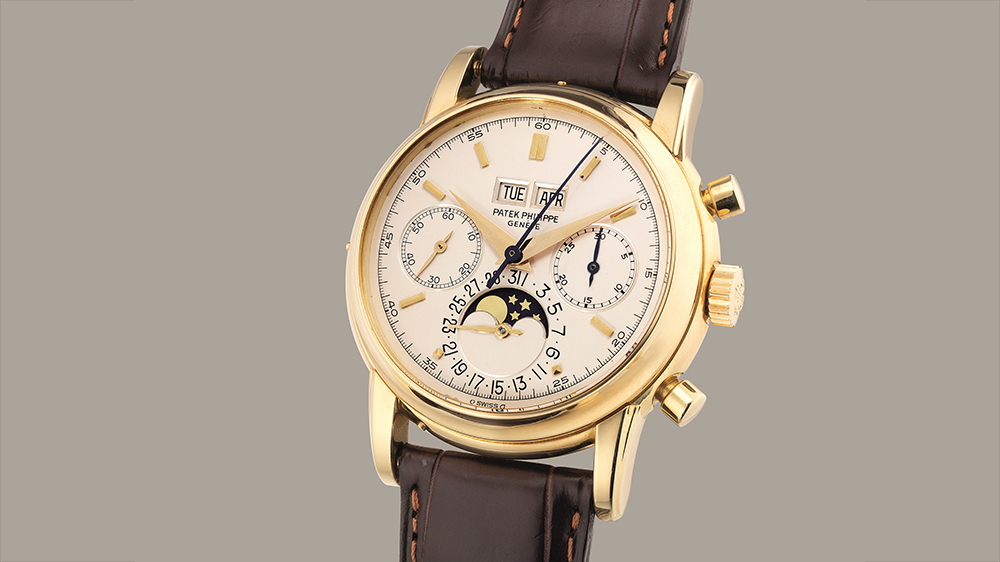 If you’re a Patekaholic, you will want to dial into Phillips newly announced auction. The upcoming sale, which will be held in Hong Kong on July 10, features some of the most important Patek Philippe timepieces in horological history.

The auction is comprised of more than 260 lots and includes vintage grails and modern pieces from brands including Rolex, A. Lange & Söhne and Richard Mille. But it’s a quartet of Pateks that will likely steal the show.

The star attraction is a Reference 2499/100 from 1982 (above). Finished in 18-karat yellow gold, it represents the fourth and last generation of the Swiss watchmaker’s iconic perpetual calendar chronograph, launched in 1950. According to the auction house, it’s in “excellent overall condition” with a “well-preserved” case and gleaming original dial. The rarity also has the last three digits of the case number hand-engraved on the inner rim of the bezel and the caseback. The timepiece has an estimate of $451,592 to $645,132 (HKD 3,500,000 and 5,000,000).

Following those two highlights is a Reference 3979 (estimate HKD 2,900,000-4,000,000 or $374,176-$516,105), which is the first automatic minute repeater ever produced by Patek Philippe, launched in 1989 to celebrate the brand’s 150th anniversary. Produced up until 2002, only 100 pieces of this reference were released and the majority were finished in yellow gold. This coveted platinum model is one of only five known to the market.

The Hong Kong Watch Auction: X will take place on Friday, 10 July at the JW Marriott, Hong Kong. You can peruse the full catalog via the Phillips website.