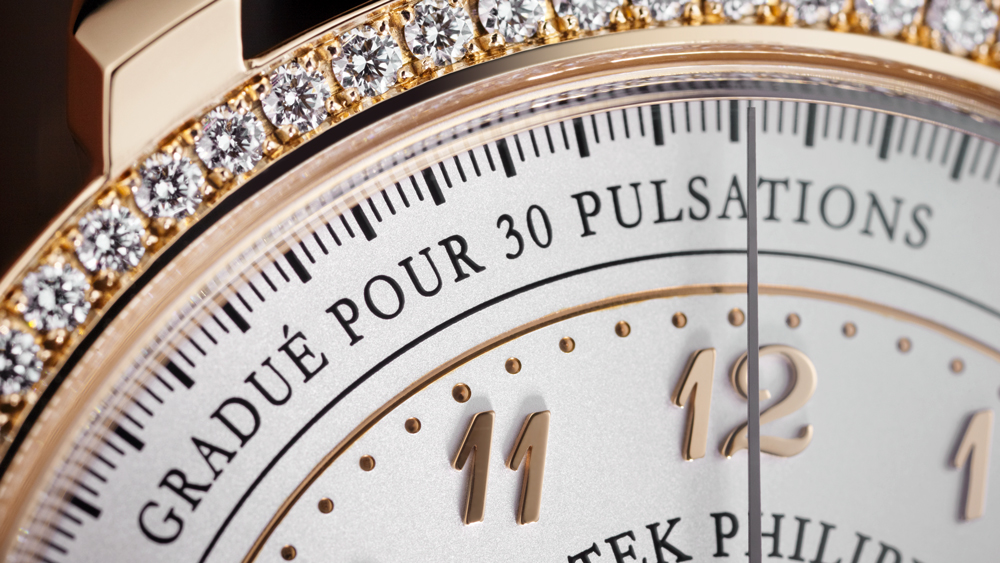 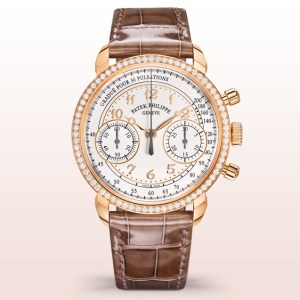 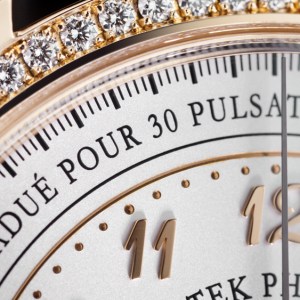 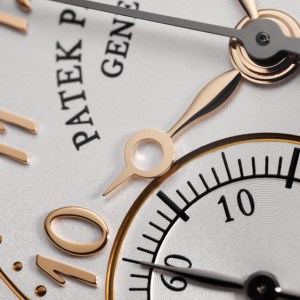 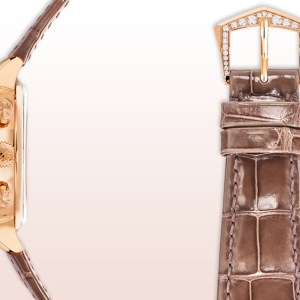 The latest addition to Patek Philippe’s growing collection of complicated women’s watches is a stylish chronograph. The rose-gold and diamond ref. 7150/250R-001 with a rich gray alligator strap ($83,918) presents an intriguing mix of stylistic elements and represents the brand’s latest effort to marry its heritage in mechanical watchmaking with women’s watch design. First and foremost, the model is the Swiss watchmaker’s only chronograph available for women. It draws from the long tradition of Patek Philippe chronographs, with features picked from different eras—like mushroom pushers, the horizontal layout of the dual chronograph counters, and a pulsometric scale used for measuring heart rates. Prominent features include the raised sapphire crystals that mimic certain bulky varieties of mineral glass crystals often seen on vintage watches.

You may find the flowing lines of Patek Philippe’s in-house, traditional chronograph caliber CH 29-535 PS movement complement the design of the 38 mm case and the dial, whose bezel is set with 72 diamonds. The movement, which has six patents, debuted in a ladies’ watch when it was introduced in 2009. That model, a cushion-shaped chronograph with unusual oval counters and diamond settings, was discontinued in 2016.

Its new 7150 chronograph watch was assembled under the watchful eye of Patek Philippe’s creative director, Sandrine Stern, who interpreted each of the brand’s traditional complications with a number of design details that together portray a feminine style. An opaline dial has been meticulously colored to seamlessly fit with the rose-gold metal, and close attention was paid to its hands, appliqué numerals, and typography.

While the 7150 women’s chronograph is more delicate than the men’s models, it still possesses a complimentary measure of gravitas. And given its more widely appealing round case shape and overt ties to the Patek Philippe’s well-documented past in chronograph design, the 7150/250R should look forward to a long life in the brand’s collection.