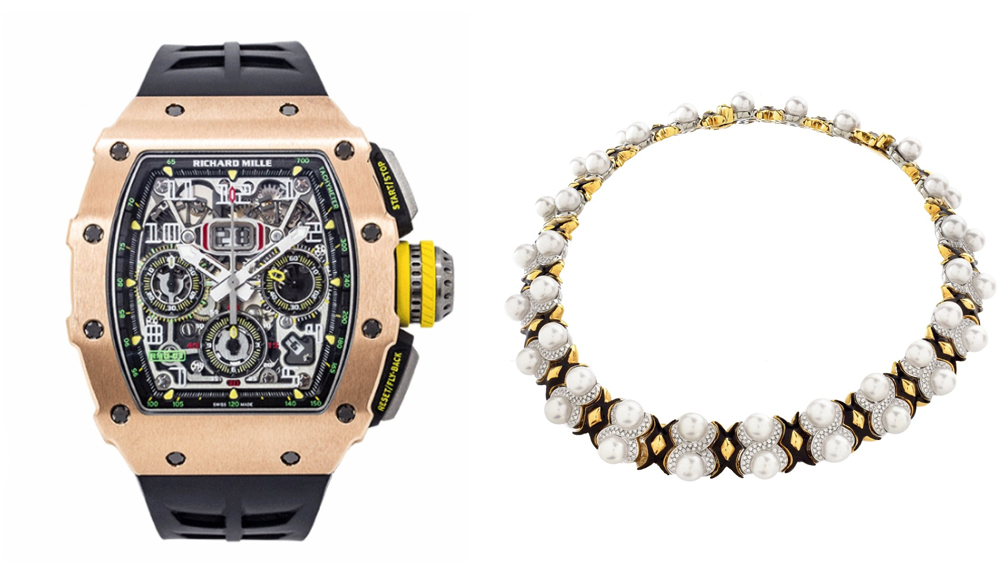 In case you haven’t been keeping up with the tabloids, Collins and Cevey have parted ways…again. The “Against All Odds: (Take a Look at Me Now)” and “Another Day in Paradise” hitmaker and his ex have decided that one more day in each other’s company would not be possible. The two got together in 1999 and divorced in 2006. Although they reunited in 2016, last October, the musician served Cevey with an eviction notice from their Miami home after she secretly married another man in August. According to Vanity Fair, part of the hearing discussed the removal of Collins’s personal items, which were said to be at “substantial risk,” including jewelry, memorabilia and unpublished music.

Collins finally sold the home this year for $39 million. Now, Cevey is serving him payback by auctioning off several of his personal belongings, as well as her own. Tomorrow, Kodner will be orchestrating the second auction of Cevey’s personal acquisitions during her marriage and partnership with Collins.

The first sale, held on February 3rd, raked in $2,165,592 and included multiple gold LPs and assorted awards once owned by the musician. The next round, on March 3rd at 6 PM EST, features a treasure trove of watches and jewelry, as well as plenty of Gucci, Dior, Louis Vuitton and Chanel handbags, as well as a few more pieces of Phil Collins’s memorabilia and awards.

In total, the collection includes five Rolexes, including three GMT-Master II models, and five Patek Philippes, including two Aquanauts and three Nautilus models. All are nearly impossible to get at retail and go for high figures in the secondary market. The rose gold 5711R Nautilus is currently trading for about $30,000 more than Kodner’s top estimate for the piece, while the khaki green Patek Philippe 5168G Aquanaut (estimate $80,000-$100,000) is selling for around $80,000 to $85,000 on the secondary market, but retails for $39,690. The latter was introduced in 2019, three years after the couple separated, but nearly every watch appears to be a men’s model.

A 15.37-carat round brilliant-cut diamond ring  Courtesy of Kodner

Ten percent of the proceeds will be donated to the Little Dreams Foundation, a charity started by Collins and Cevey in 2000, which offers training and advice from professional and celebrity mentors to underprivileged children with talent in music, art or sports.