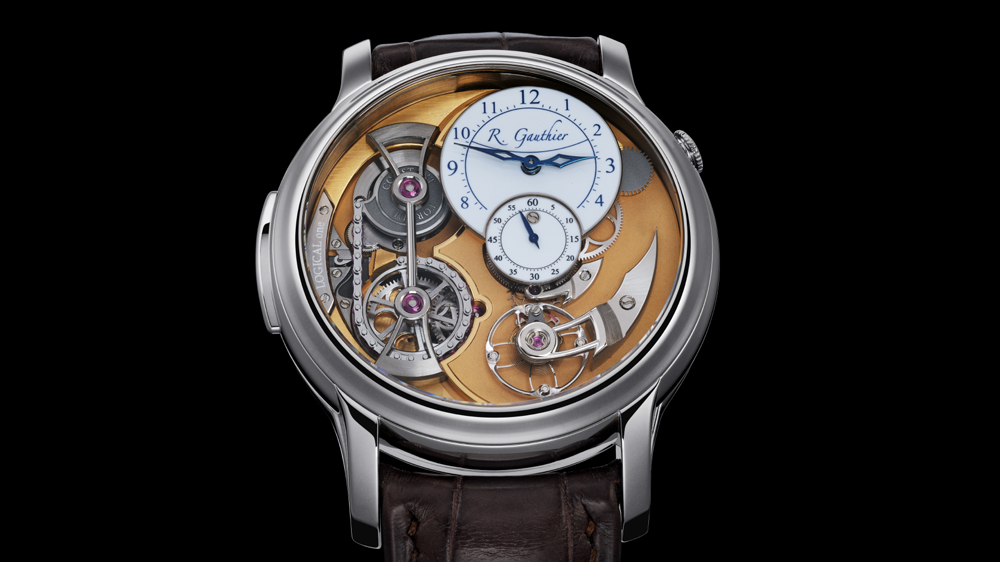 Phillips, in association with Bacs & Russo—known for high-end vintage watch auctions like its recent record-breaking Paul Newman Daytona sale—is presenting a traveling exhibition of timepieces from the top independent watchmakers. Watchmakers: The Master of Art Horology kicks off April 6 in Rome followed by exhibitions in New York, Hong Kong, and London. It promises to bring together unique pieces from the watchmakers’ own collections and those of private collectors, including everyone from Philippe Dufour and Laurent Ferrier to Romain Gauthier and Christophe Claret. These watchmakers are considered to be among the most important of their generation, with Dufour often being referred to among his peers as a “living legend.”

“One of the highlights of the exhibition is a Philippe Dufour Simplicity timepiece in platinum with a dark gray dial, and I look forward to seeing it in the metal,” said Paul Boutros, Phillips’ head of watches for the Americas.

Just one historical timepiece will be on display—the Anniversary Watch No. 1 by the late British watchmaker George Daniels, who is credited with being the father of modern independent watchmaking and is one of the most influential watchmakers of the last 100 years. That’s high praise, despite having crafted (solely by hand) just 30 pieces.

The exhibition was conceived and curated by Claudio Proietti, the owner of contemporary art gallery Maxima and an avid watch collector, in an effort to showcase the art of modern watchmaking. “Claudio had a long-standing dream of creating a traveling exhibition showcasing watches by the independent watchmaking brands he’d admired for years,” said Boutros. “He selected the watches based on their artistry, handcraftsmanship, attention to detail, and the preservation of the craft of horology.”

The exhibition will make its first stop in Rome from April 6 through 15 at the Maxxi National Museum of 21st Century Arts, the Zaha Hadid–designed museum dedicated to contemporary art and architecture. During the opening in Rome, several of the watchmakers will be present to personally present their watches, but for now, specific names remain unconfirmed.