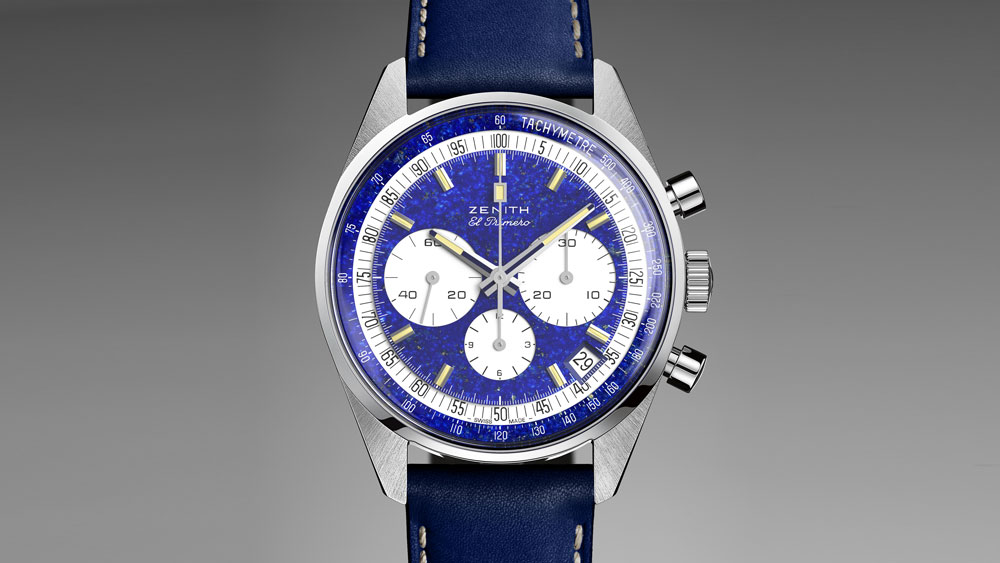 One of the two watches that tied as top-priced lots for $1,945,044, was a stainless steel Rolex Ref. 4113, one of only 12 rare split-seconds chronographs ever made. The reference has an unusual provenance: according to Phillips, all 4113s that have come to market over the past two decades have been sold by owners and families related in some way to automobile racing, so they are thought to have been originally presented to a select group of racing teams and their drivers. The watch in the Phillips Geneva X auction was made around 1942.

The second top lot selling for $1,945,044 was a pink gold Rolex Ref. 6062, known as the Stelline because of its star-shaped numerals. The watch was originally owned by Gordon Bethune, an internationally renowned collector and CEO of Continental Airlines. The next highest-priced lot in the sale was for another Rolex, a stainless steel Ref. 8171 known as the Padellone, for CHF 1,028,000 ($1,030,672). The Padellone is one of only two Rolex models to feature a triple calendar complication with a moon phase complication.

The CHF 1,940,000 paid for each of these Rolexes doesn’t seem like much compared to the record-breaking $31 million Patek Philippe sold recently at the Only Watch auction. Only three years ago, the highest price ever paid for a Rolex was $2.6 million. After a succession of Rolex sales peaking at just over $5 million, the Paul Newman Rolex Daytona blasted the record at $17.7 million in 2017. The second-highest price paid for a Rolex, last year, was $5.9 million for a one-of-a-kind Rolex Daytona nicknamed the “Unicorn.”

Meanwhile, prices for Zenith El Primeros have been on the rise and the one that sold in the Phillips auction was a unique platinum model with a lapis lazuli dial, co-designed by Phillips. It broke records when it sold for CHF 250,000 ($250,650). Several watches sold in the $300,000-$400,000 range, including a yellow gold Patek Philippe Ref. 1518, one the brand’s first series perpetual calendar chronographs and notably stamped with a long signature, reading “Patek, Philippe & Co.” It sold for CHF 375,000 ($375,975).

A notable yellow gold Rolex Daytona with a very rare sunray blue dial sold for CHF 300,000 ($300,780). It was one of several Rolex Daytonas in the sale, at least one of which failed to meet its reserve bid. There were also 11 Patek Philippe Nautilus watches in the sale, a model giving the Rolex Daytona a run for its money as the hottest model on the vintage market. They ranged from steel to gold to two-tone, and all exceeded their high estimates.

The top lot in the Double Signed sale was a pink gold Patek Philippe Ref. 2499 perpetual calendar chronograph selling for CHF 1,580,000 ($1,584,108). It was co-branded with Italian retailer Trucchi and one of only 23 examples of Ref. 2499 to be made in pink gold, including only six examples in the third series (which includes this watch), and the only one known to have been retailed by Trucchi. The second-highest price paid for a Double Signed watch was CHF 572,000 ($573,487), for a yellow gold Patek Philippe Ref. 3652 minute repeater, co-signed Golay Fils & Stahl, a Swiss retailer. It is a unique piece, made several years after Patek ceased its serial production of minute repeaters.

Phillips in Association with Bacs & Russo continues to reinvent the way watches are auctioned, with collaborations like the Zenith x Phillips and innovative themed sales, including the “Daytona Ultimatum” and “Winning Icons”, in which it sold the Paul Newman Rolex for a record $17.7 million. Coming up this fall in New York is “Game Changers”— a sale of watches owned by extraordinary people that will include a Rolex owned by Marlon Brando.