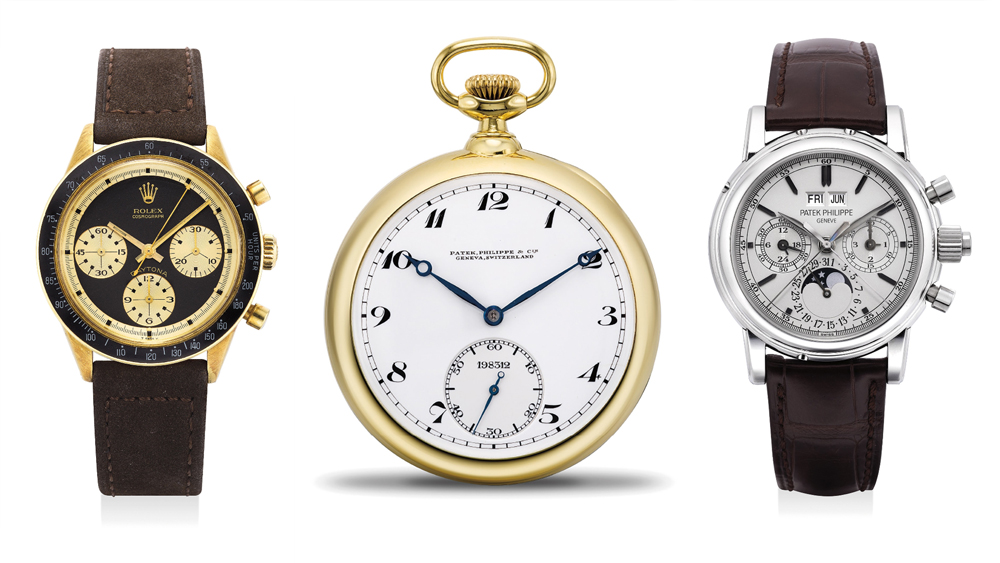 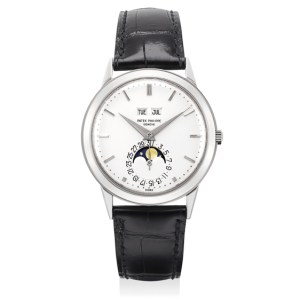 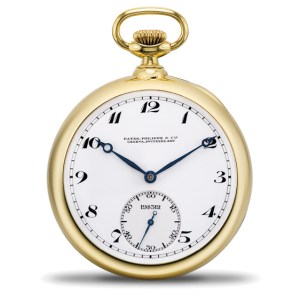 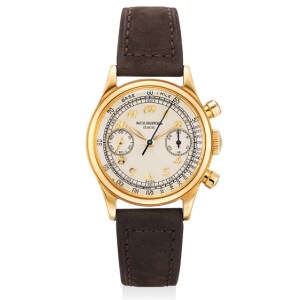 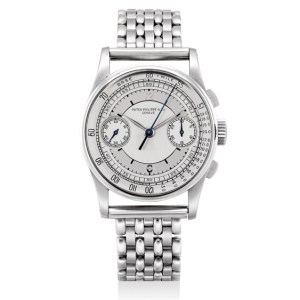 Phillips’s Hong Kong Watch Auction: Seven took home over $14 million in sales on Tuesday, following its Geneva Watch Auction: Eight, which achieved over $21 million in sales earlier this month. The top two lots were a Rolex ref. 6241 “John Player Special” yellow gold chronograph with a black “Paul Newman” dial with contrasting gold registers that sold for $779,580 and a Patek Philippe ref. 5004A-001 stainless steel perpetual calendar split seconds chronograph wristwatch with moon phases that sold for $549,540. And while pocket watches have been somewhat soft at auction recently, the third highest grossing lot was a Patek Philippe yellow gold open face one-minute tourbillon pocket chronometer that won the first class prize at the Geneva 1929 Observatory timing competition. Out of the top 10 lots, Patek Philippe accounted for nine.

The 37.5 mm Rolex ref. 6241 was manufactured sometime between 1966 and 1969 and is considered to be one of the rarest Daytona models. Less than 300 examples of this reference were ever produced in 18-karat yellow gold. Making this model even more rare is the fact that it is a particularly obscure version of a Paul Newman Cosmograph Daytona known as a “John Player Special.” This particular model earned its nickname because of its black-and-gold color scheme that resembled the livery of a 1972 Formula One car sponsored by cigarette maker John Player & Sons. Only a handful were ever known to be made in 18-karat yellow gold.

The stainless steel ref. 5004A-001 Patek Philippe owes its rarity to the fact that this particular reference is one of the hardest to find on the market, with only 12 pieces per year having been created between 1994 and 2009. The 36 mm watch circa 2013 comes with a perpetual calendar, split seconds chronograph, moon phases and a 24-hour and leap year indication. Just before the watchmaker halted production of the model, it created just 50 of the reference in stainless steel—all other models are in gold or platinum.

Phillips’s watch auction season will conclude with its upcoming Styled: Timeless Watches and How to Wear Them, a new approach to the watch auction in partnership with Mr Porter and The Rake, taking place on December 5th in New York City.