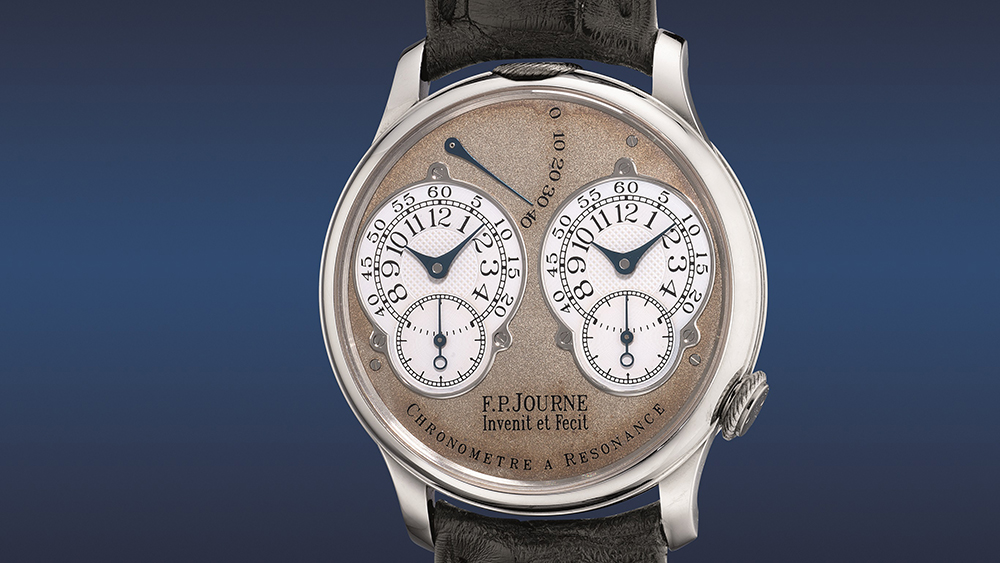 The upcoming Phillips watch auction in Hong Kong will showcase an array of spectacular timepieces from industry heavyweights, but it’s the small, independent makers that could steal the show.

The sale, which will take place at the JW Marriott on May 27 and 28, will comprise a curated selection of one-of-a-kind pieces from some of the world’s most talented horologists.

Leading the charge is François-Paul Journe of F.P. Journe and his pioneering Chronomètre à Resonance. Launched in 2000, this was the world’s first wristwatch to make use of resonance. Essentially, the movement is composed of two independent balances that synchronize themselves for greater accuracy. This rare, first-generation model, which hails from 2003, sports a platinum case and aged copper dial. It also comes with a full set of accessories. As a result, it’s expected to hammer down for between $167,000 and $295,000. There is also a Tourbillon Souverain and Octa Calendrier by Journe on offer that could fetch up to $250,000 and $120,000, respectively.

Another standout comes courtesy of Finnish watchmaker Kari Voutilainen, who makes just 50 to 60 timepieces a year and has achieved cult status among serious collectors. The one-of-a-kind piece, christened Vingt-8 Hisui, was meticulously handcrafted in collaboration with Japanese lacquer studio Unryuan in 2017. It has a striking, multicolored dial that combines gold dust, gold leaf and abalone shell found in New Zealand. Elsewhere, the watch sports a platinum case, teardrop lugs, an emerald-set crown and the same in-house movement used in the Vingt-8 series. The rarity is expected to fetch between $100,000 and 200,000.

That’s just a taste of what you can expect, of course. There will also be grails by ​​De Bethune, Gérald Genta, MB&F, Urwerk, Lang & Heyne, Christophe Claret and Laurent Ferrier going under the gavel.

“One of the largest independent watchmaking selections being offered in recent years in our Hong Kong auction, the sale encompasses ultimately different watches for different tastes, but each piece offered is a watch perfectly embodying the unbridled philosophy of its maker,” Thomas Perazzi, head of watches, Phillips, Asia, said in a statement.

As always, you can check out the full catalog online.