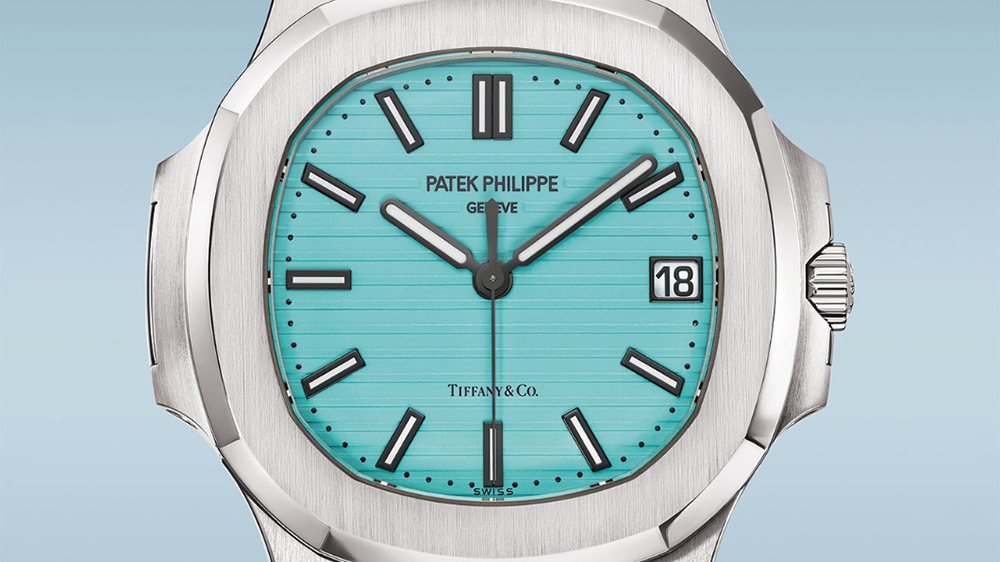 The auction house’s annual New York sale brought in $35.9 million over the weekend. The two-day event sold 100 percent by lot and value, and set a new record for the highest-value watch auction in US history.

The figure brings the annual total for Phillips in Association with Bacs & Russo—which is the full name of the auction house’s watch arm—to a staggering $209.3 million, according to the auction house. That represents a new single-year record for an auction house, as well as an 89 percent increase over 2019, the last pre-pandemic calendar year.

The headline sale of the auction, by a considerable margin, was the first Patek Philippe Nautilus Ref. 5711 in Tiffany & Co. blue. The one-of-170 timepiece, which will be the final version of the coveted reference, sold on Saturday morning for $6.5 million (including the buyer’s premium). That’s more than 130 times its pre-sale estimate of $50,000 and 124 times its retail price of $52,635. The Tiffany-blue Nautilus’s sky-high gavel price also set a new record for a wristwatch sold online.

“It was a pleasure to welcome bidders back into our New York saleroom for such a historic sale—and the first watch auction at Phillips’s new headquarters in 432 Park Avenue,” Paul Boutros, Phillips’s Head of Watches, Americas, said in a statement. “Across two days, we saw tremendously spirited bidding from nearly 75 countries, leading to game-changing prices for vintage and modern wristwatches alike.”

Phillips wasn’t the only auction house to see increased demand for collector-caliber timepieces. Christie’s most recent sale, which ended on Friday, brought in $5.5 million, while Sotheby’s sold a Patek Philippe “Pink on Pink” Ref. 1518 for $9.6 million that same day, according to Barron’s. The latter sale, which more than quadrupled the pre-sale estimate, set a new wristwatch record for the auction house.