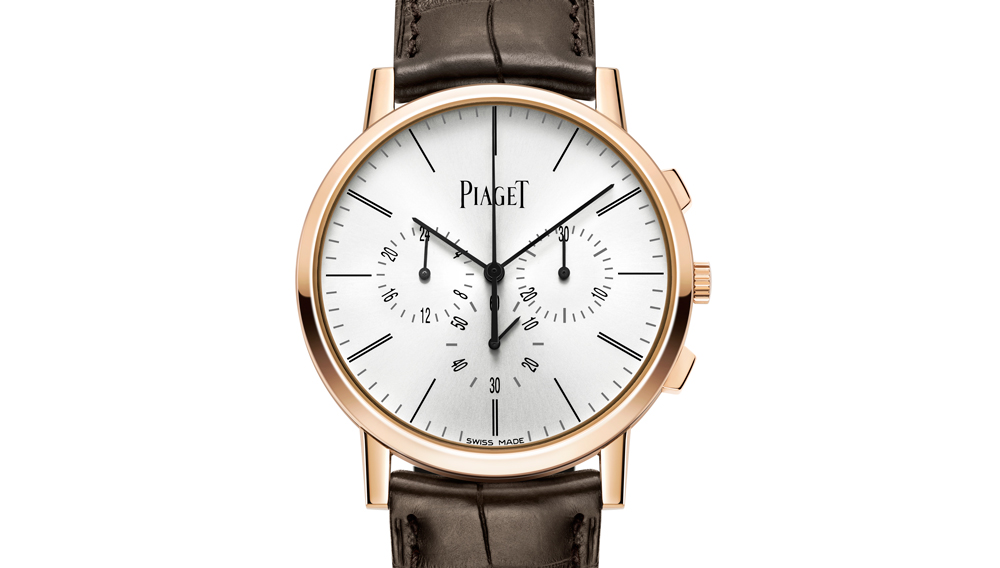 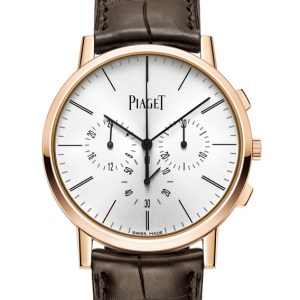 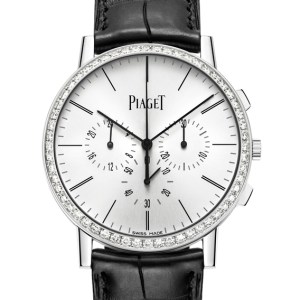 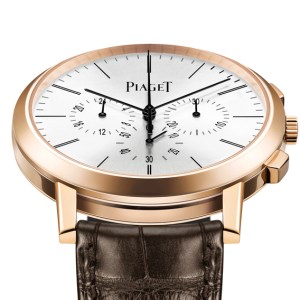 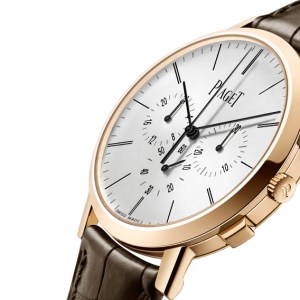 Known for creating some of the world’s slimmest complications, Piaget has once again worked its miniaturizing magic—this time creating the world’s thinnest chronograph. The Piaget Altiplano Chronograph is equipped with the company’s new 883P caliber, which is an astounding 4.65 mm thick and is housed in a case just 8.24 mm thick.

The watch’s chronograph function is of the flyback variety, meaning that unlike a traditional chronograph—which requires three presses to stop, reset, and then restart the mechanism for timing intervals—it takes a single press of the pusher at 4 o’clock to reset the hands to zero and then automatically begin a new timing cycle.

Not satisfied with fitting just one complication into the Altiplano’s svelte case, Piaget also equipped the watch with a GMT feature, allowing the subdial at 9 o’clock to display the hours in another time zone. The watch’s movement, which has a power reserve of 50 hours, is finished with circular Côtes de Genève and circular graining.

Starting at $28,000, the Piaget Altiplano Chronograph is available with either a rose-gold case or a white-gold case set with 56 brilliant-cut diamonds. The watch will become available for purchase in September. (piaget.com)