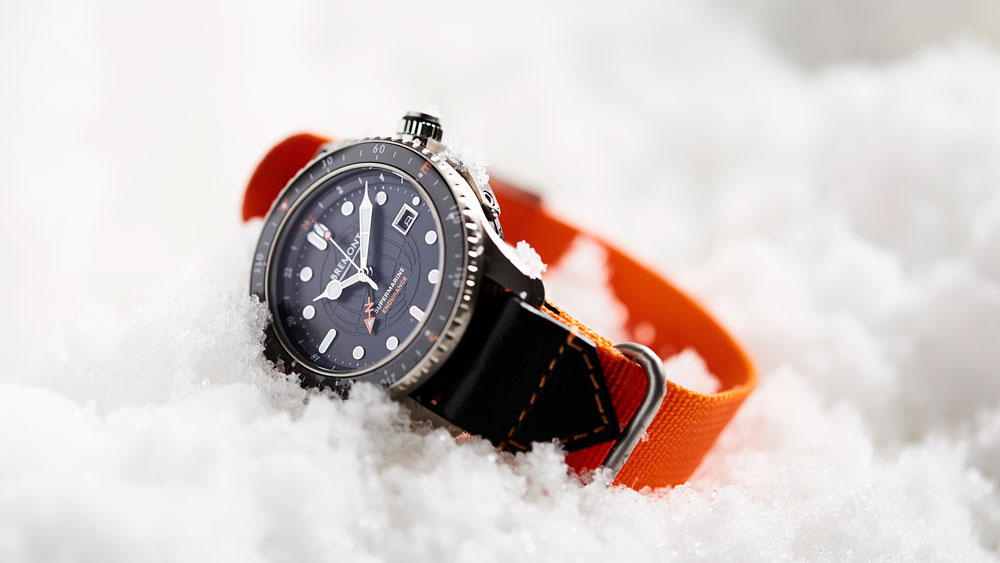 Bremont is known for creating watches that can endure extreme, high-octane environments from airplane ejection seat testing to spy squadron reconnaissance missions 80,000 feet in the air. Now the watchmaker has unveiled a new watch built to withstand the toughest environment on earth, Antarctica. Bremont teamed up with British Polar explorer, Ben Saunders, to develop and test its new Endurance timepiece and achieved a world first along the way.

The watch accompanied Saunders on the first-ever unassisted solo trek by land, from Berkner Island to the Ross Ice Shelf via the South Pole and the Shackleton Glacier, beginning in November 2017. Through this journey, Saunders retraced the steps of famed explorer, Sir Ernest Henry Shackleton, during his Imperial Trans-Antarctic Expedition beginning in 1914 that ultimately resulted in one of the greatest survival stories of the century when his ship became trapped in pack ice. Although Saunders completed his expedition on skis, the watch was named after Shackleton’s ship, the Endurance.

Designed to withstand the extreme conditions of the South Pole and worn on the outside of Saunders jacket during the expedition, the Titanium comes with a navigational GMT hand featuring an orienting North indicator and a black dial with a bi-directional rotating sapphire bezel and orange compass heading markers to help maneuver the journey in difficult visibility. The Endurance ($6,395), limited to 300 pieces, also features a newly designed caseback that shows off the automatic chronometer movement while still being able to endure depths up to 1,640 feet and withstand the tough conditions of the South Pole.

The Bremont Endurance wasn’t the first watch to accompany Saunders on an expedition. In 2014, the watchmaker’s Titanium Terra Nova timepiece accompanied Saunders and teammate Tarka L’Herpiniere as they retraced British Royal Navy Officer Captain Robert Falcon Scott’s ill-fated Terra Nova expedition to Antarctica, in which all of his fellow explorers perished. Over 100 years later, Saunders and L’Herpiniere set a record for the longest human-powered polar journey in history (covering 1,800 miles). On December 28, 2017, Saunders completed 675 miles over 52 days when he reached the South Pole with his Bremont Endurance for his Trans-Antarctic expedition, breaking a new world record.